From an economist's point of view, the question of the fluctuating value of works of art is intriguing. William Goetzmann, Luc Renneboog, and Christophe Spaenjers tackle the problem, seeking to explain what determines changes to prices in the art market—a market characterized by the singularities of individual buyers and its sensitivity to economic fluctuations. 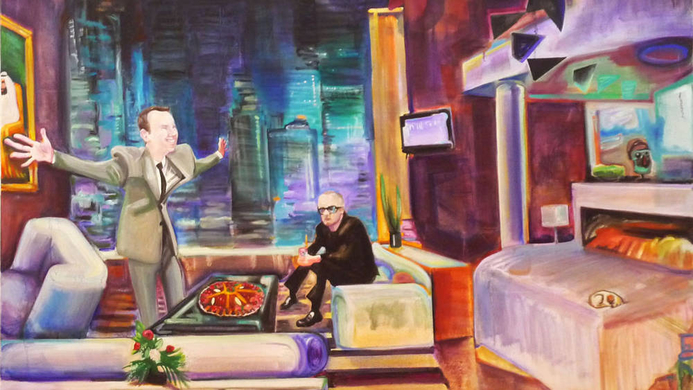 In 2007, the British artist Damien Hirst sold a sculpture of a skull cast in platinum and covered with 8,601 diamonds for $100million. At least this work had an unusual intrinsic value in the cost of its materials. But what about another record breaker, Picasso's "Boy with a Pipe"? How are prices determined on the art market? What factors explain their evolution?

The three researchers make a unique contribution to the art market by building an index of price changes in art that span more than a century (see methodology). They model the return on investment by evaluating changes in auction prices. Conceived for the British market, the evolution of this index suggests a relationship with changing economic conditions. In effect, prices fell during periods of economic turmoil (World War I, Great Depression in the 1930s, and the oil crisis in 1973) while they increased during the economic boom of the 1960s, the art market boom of the 1980s, and the 2000s (at least until 2007). It is also worth noting that the researchers' index shows in real terms that price levels in 1913 were not matched again until 1968, despite years of sustained economic growth.

What's the relationship between the art market, stock markets, income inequalities, and wealth?

The resale value of a work of art is not capped since it is only limited by the price that collectors are willing to pay for it. So demand determines market price, which is why the researchers look at the income levels of the richest—the main art buyers —to attempt to explain variations in art prices. To account for changes in income, they study changes in equity markets. They also extend their analysis to income inequality and income levels of the wealthiest.

• Changes in equity markets are positively correlated to art prices;

• Variations in art price are particularly sensitive to income increases among the wealthiest members of society. Some estimations, given here for illustrative purposes, suggest that a one percentage point increase in the share of income earned by the top 0.1% triggers an increase of 10% in art prices. In the long term, the income of the wealthiest is the most determinant factor in explaining changes in art prices.

These results are time-specific and complimented by an analysis of sub-periods, which distinguishes changes before and after 1945. In the second half of the twentieth century, the influence of income inequality on the art market is less clear. This additional conclusion is likely due to the fact that data is used only from Great Britain, so it cannot account for the internationalization of the art market, and, in particular, art buyers. In other words, British auctions now attract buyers from around the world.

Is it profitable to invest in wine? Art Markets: What you should know before investing in art

This research contributes to the rationalization of the analysis of works of art as an investment and a consumer good, which should not be considered as disconnected from the real economy. Economic shocks have an impact on the luxury goods market. The researchers show how individuals with high incomes, the main consumers of artwork, influence demand in the art market. By doing so, they open the way for a more detailed analysis of the demand for luxury goods in general. This work illustrates the Veblen* effect, which says that certain goods are desirable mainly because they are expensive. For the very wealthy, this type of goods constitutes an instrument of social competition and a means to fulfill a need for differentiation. From a methodological point of view, the authors used a price-estimation technique that can be used for goods sold a limited number of times. This is the case for works of art that are auctioned as well as goods such as real estate assets, sold every 50 years. (Developed by the economist and sociologist Thorstein Veblen in his book "The Theory of the Leisure Class" (1899).)

To study the determinants of art prices, the authors examined available data on the British market. They built a long series based on data from art auction transactions in Great Britain and identified works that were auctioned at least twice during the period of study. This enabled them to measure the gains from these sales and to construct a long-term price index. The resulting series covers the period from 1765 to 2007 and includes 1,336 works, sold at least twice. Changes in the price of works of art could then be compared to data changes in Great Britain regarding levels of wealth among well-off populations, considered the primary art buyers.
Based on an interview with Christophe Spaenjers and his article "Art and Money" (American Economic Review: AEA Papers and Proceedings , May 2011), co-written with William Goetzmann and Luc Renneboog.
Related topics:
Finance
Media, Art and Creation
Download & Print
Share
FACEBOOK
TWITTER
LINKEDIN
EMAIL