Being Successful as an Expat in Japan

A disquieting statistic from a 1969 study (Adams & Kobayashi) puts the expatriate failure rate for assignments in Japan at 80%. Professor Vesa Peltokorpi believes this figure has changed little in forty years, and in 2005 and 2006, he set out to uncover the reasons behind Westerners’ disappointing business performance. Peltokorpi’s research on cross-cultural adjustment in Japan thus offers precious insight that companies can use to boost their chances of success in this particularly challenging expatriate destination. 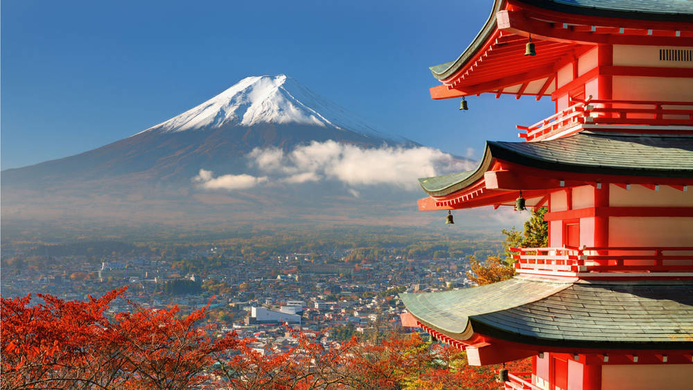 Little research on cross-cultural adjustment in Japan has been carried out since the 1990s, and one of Vesa Peltokorpi’s aims was to update information on this topic. He has focused on the working population (there are 2 million foreigners working and living in Japan, or 1.6%of the country’s population), and his studies take a close look at contextual and personality factors that determine how well expatriates adapt to life in Japan. The uniqueness of the language and culture makes it a particularly challenging destination for foreign assignments, and people’s adjustment difficulties may well translate as low business performance. Japan is the world’s second largest economy, and multinationals are increasingly eager to set up offices there, so it is worth figuring out how to stack the deck in their favor.

It is hardly surprising to hear Peltokorpi explain that the racial and linguistic homogeneity of Japanese society means that Westerners stand out. However when he emphasizes that the country is also a collective society, “standing out” appears as more significant of an issue. For the Japanese, it is essential to belong to a group, and moreover, some groups are “in” and others are “out”. As for people in all countries, “the Japanese are also victims of their own cultural values,” Peltokorpi comments. “Their collectivist mindset makes it difficult for them to integrate foreigners, and in the hierarchical Japanese work environment, integration is even challenging for nationals.”

When possible, one way for companies to deal with this issue is to pay attention to the nationality of those who supervise expatriate managers. “Managers are rarely told what to expect,” so a supervisor who reviews Japanese standards for work behavior can provide precious insight. For example, the Japanese generally communicate only with their direct hierarchal superiors and inferiors. An expatriate manager therefore mustn’t assume than his or her directives will flow easily throughout a department, nor that he or she will receive associated feedback from several levels below.

Such difficulties are compounded by the lack of a common language. In 2004, Japan was ranked only 137th out of 147 nations in terms of results on the Test of English as a Foreign Language (TOEFL). In many subsidiaries, only top management speaks English well, so expatriates who do not speak Japanese therefore cannot directly communicate with many people. In addition, the Japanese refrain from voicing negative or controversial views, so information is not always communicated accurately. Peltokorpi sums the situation up by saying “an expatriate manager can end up being unaware of what is truly going on in his division or company!” That said, a little foreign language can go a long way. Peltokorpi writes, “realizing an expatriate is able to speak Japanese may reduce anxiety and categorization of the expatriate as an out-group member.” In other words, people appreciate a step in their direction, and language is therefore more than a communication tool. It is way to break through cultural barriers, get “in” to the Japanese world, and learn its codes and expectations.

It seems obvious that adaptable, open-minded people are the most likely to adjust to a foreign country. But in Japan, expatriates may need a specific personality trait valued by the Japanese. Peltokorpi uses the term “emotionally stable” to designate people who are able to cope with stressful situations without visibly reacting to them. “Emotional stability has been identified as a crucial dimension for overseas success across different functions,” Peltokorpi writes, and it is “especially important in Japan.” Indeed, the Japanese frown upon making public display of negative emotions, and they equate such behavior with weak leadership.

Consequently, an expatriate manager who reveals his or her frustration through impulsive behavior can lose his or her credibility in the workplace. Peltokorpi also points out that the Japanese taste for categorization means that they can ask questions that many Westerners consider intrusive. Some people respond to such questions by resisting and even rejecting those who ask them, and they are ultimately unable to adapt to Japanese culture either personally or professionally. On the other hand, people who have “cultural empathy” in their personalities are able to deal with such matters constructively. Again, this finding may not be surprising, but it provides a key to effective expatriate selection. Indeed, Peltokorpi says that some companies run personality tests before sending people to Japan, but this should be done far more consistently.

Peltokorpi’s research findings have proven the large majority of his hypotheses, but there is one main exception. Contrary to his expectations, he did not find gender to be a relevant factor in expatriate adjustment in Japan, despite the fact that Japan is a “masculine” country and has one of the lowest percentages of women managers in the advanced world. Interestingly, several CEOs of multinational subsidiaries told him that they have come to prefer to have women managers in certain areas, namely marketing and sales. In these fields, “standing out” is an advantage, because clients remember interaction with expatriate women. They have been reported to perform quite well in these areas, showing that what might be a double handicap (expatriate + female) can actually be a business advantage in Japan. Another thing that should interest multinational corporations in Japan is Peltokorpi’s insight concerning people who are sent to Japan (organizational expatriates or OEs) versus those who chose to move there (self-initiated expatriates or SIEs).

The latter group does not benefit from the support of a corporation to find a job or to finance their move, and few of them find jobs in multinationals. As for OEs, they represent high costs for their employers. Peltokorpi explains that cost concerns are generating a trend toward shorter foreign management assignments (i.e. 12- 18months instead of 3 to 5 years), and he suggests that companies look toward the local SIE talent pool to meet their needs. Good language skills and local support networks make cross-cultural adjustment non-problematic for SIEs, enabling them to perform efficiently.

Even more significantly, they offer a solution to the negative consequences of communication problems, for they can be effective intermediaries between national and international teams and offices. Although Peltokorpi’s studies have focused exclusively on Japan, he agrees that their results could be applied elsewhere. South Korea, in particular, would present “a mirror image of Japan,” he says, and “you could expect to find similar situations in much of eastern Asia.” In all these cases, increased pre-departure training on the country’s language and culture can considerably improve expatriate adjustment and most likely business performance. Peltokorpi says more research is needed to establish the direct relationship between cross-cultural adjustment and business performance, but it seems safe to suggest that in the increasingly global business environment, cultural adaptation may well be the next mandatory management competency.

In 2005-2006, Vesa Peltokorpi carried out a survey among 110 expatriates of 21 nationalities (primarily American and European) in Japan to assess how well they adjust to workand non-work situations. The study showed that language proficiency and the personality traits of emotional stability and cultural empathy largely facilitate both types of adjustment. Peltokorpi subsequently worked with professor FabianFroese to conduct a comparative survey of 179 self-initiated (SIEs) and organizational expatriates (OEs) of 24 nationalities in Japan. This study revealed that SIEs adjust to the general aspects of life in Japan better than OEs and suggests they represent an insufficiently exploited talent pool for multinationals in Japan.
Interview with Vesa Peltokorpi based on his articles “Cross-Cultural Adjustment of Expatriates in Japan” and “Organizational Expatriates and Self-Initiated Expatriates: Who Adjusts Better to Work and Life in Japan” (both in International Journal of Human Resource Management ).
Download & Print
Share
FACEBOOK
TWITTER
LINKEDIN
EMAIL