Black Swans and Other Challenges to Rational Decision Making

When trying to figure out the outcome of a given situation, or the fallout of a sudden event, is it better to reason by analogies and resort to past experience or to think ahead and apply probabilistic reasoning? Researchers present a new mathematical model on making decisions in uncertain circumstances, which takes into account both modes of reasoning. 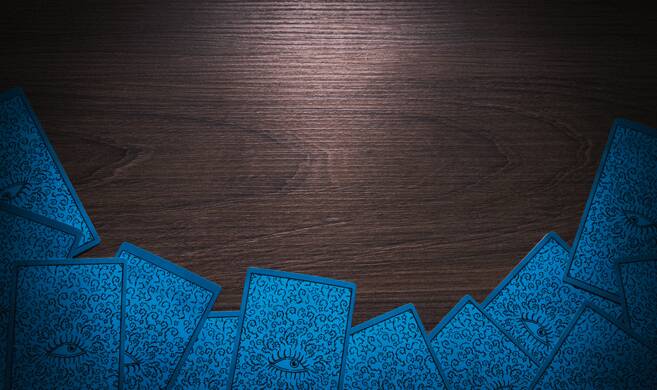 People like to try to predict the future, for both personal and professional reasons. But the number of unforeseen events with extreme consequences — popularly known as black swans — in the 20th century alone shows just how unsuccessful we are at foreseeing future events.

Many major events, from the Great Depression to the fall of the Soviet Union to the attack on the Twin Towers and collapse of Lehman Brothers up to today’s COVID-19 pandemic and Russia-Ukraine war, were all surprises to a majority of people. The failure to predict these events should have made us humbler about our foresight, but it did not.

We consider a decision maker who is so rational that she has the meta-knowledge to know that her knowledge is incomplete. She plans for the future and does her best at describing scenarios and at assigning probabilities to these scenarios. But she recalls that, even when she consulted the greatest experts in a given field, about every decade she found a major event that hadn’t been discussed at all, or had been dismissed as improbable. So, our rational decision maker says to herself, "Well, it's time I learn from my failures to predict.” When she plans for the future, she is not going to insist on figuring out everything that can happen and to assign probabilities to all possible scenarios, because she admits she doesn’t have the knowledge to do that. Rather, she includes in her model also a simpler, humbler, way of reasoning, which simply looks at past events and follows the maxim of the great philosopher David Hume who said, “from causes which appear similar, we expect similar effects”. We refer to this approach as reasoning by analogies (or "case-based reasoning").

We develop a model of decision making that combines theory-based and case-based reasoning.

The relative weight placed on theory-based compared to case-based reasoning depends on several factors, including the past success of the theories the agent entertains and the similarity of past cases to the present case. Also, the balance between the two modes of reasoning may be a personal trait, depending on cognitive style and education.

In a hypothetical example, a team of entrepreneurs seeks funding from a venture capital firm for a new cancer treatment. When considering the proposal, the potential investors do so from different perspectives. John examines the efficacy of the treatment, possible competitors, possible delays and costs of clinical trials, the amount insurers will pay for the treatment and expected profits. He finds the potential investment quite promising.

Sarah, who is more experienced, is skeptical. Though she admits that John’s analysis has merit, she has seen few projects that have been successful in the past. Rachel, who has little experience, is also skeptical of the project, noting that even the most careful calculations might not have captured all of the relevant possibilities and weighted them appropriately; she urges caution with “fantastic new technologies.”

In this case, Sarah has a larger database of past cases in her memory than John. They may agree on the probability of success of the enterprise and may have the same cognitive style, but Sarah’s experience has made her more skeptical. John and Rachel both have little information about past cases, yet have different cognitive styles, with Rachel being more cautious about trusting theories.

Different people may analyze the same situation by placing different emphases on case-based and theory-based reasoning, and arrive at different conclusions.

“All eyes on the market”

In times of great uncertainty, case-based reasoning is particularly relevant. Currently, for example, people are making analogies between the Russia-Ukraine war and other wars. The COVID-19 pandemic spurred an interest in the 1918 flu epidemic.

In times of great uncertainty, case-based reasoning is particularly relevant.

There is evidence that this approach is relevant and sometimes successful: during the financial crisis of 2007-2008, governments learned from the past and acted so that it did not become another Great Depression. Similarly, in the aftermath of 9/11, financial experts learned from past crises to predict market behavior.

“All eyes will be on the market Monday morning,” a Barron’s columnist wrote in the first issue of the publication after the 2001 terrorist attack. In the same issue, another columnist was reassuring, noting that share prices were resilient following events such as the fall of France in 1940, Pearl Harbor, the Kennedy assassination and the Gulf War.

Not business as usual

We argue that theory-based reasoning is an excellent way of making decisions when there is a bounty of data: when it’s business as usual. Yet we find that this mode of reasoning is insufficient, even useless, in the face of a black swan — and the world is filled with black swans. In times of surprise, decision makers may naturally put less weight on their probabilistic reasoning and rely more on past analogies.

By employing the axiomatic approach, we translate the abstract mathematical model to observable behavior in concrete situations, in the hope of better understanding what the model implies.

We believe that scientists in economics, finance, political science and related fields can benefit from using such a model, and we hope that our axiomatic results would convince them that this is a reasonable model to use when trying to understand human behavior, as well as when making recommendations for individuals and organizations.
Based on an interview with Stefania Minardi and her article “Theories and cases in decisions under uncertainty” (Games and Economic Behavior, September 2020), co-written with Itzhak Gilboa (HEC Paris) and Larry Samuelson (Yale University).
Related topics:
Decision Sciences
Economics
Download & Print
Share
FACEBOOK
TWITTER
LINKEDIN
EMAIL

Stefania Minardi's research interests are in the fields of decision theory, game theory, and experimental economics. Her research topics include...