Can Financial and Social Missions Truly Coexist Within Companies?

A number of business leaders and researchers have promoted the idea that social and financial goals are complementary. The authors of a recent paper say that may be true, but if so, why aren’t all companies pursuing these dual goals? They propose ways to diminish tensions between the two aims. 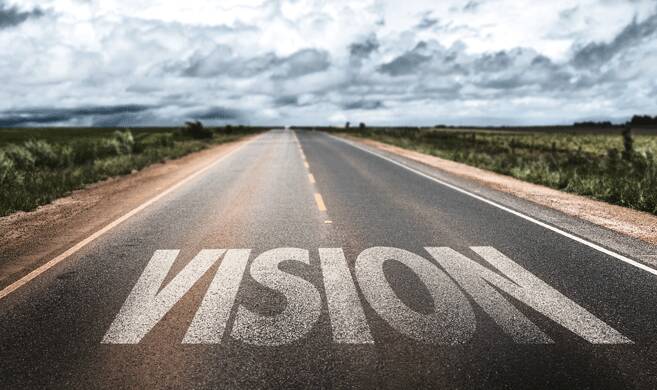 Can you sell yogurt and save the planet at the same time? That is the question that the French food group Danone is currently facing.

On March 15, the company pushed out its chairman and chief executive, Emmanuel Faber, under pressure from activist investors. The investors that agitated for Faber’s ouster cited underperforming stock prices and lackluster product lines as the reasons for its actions.

Last year, under Faber, Danone became the first public company to adopt the French “Entreprise à Mission” model, defining social and environmental intentions beyond profit. The ultimate goal was to get B Corp certification by 2025, which states that a company’s duty is not simply to maximize shareholder value but to consider all of its stakeholders, including workers and supply chains, the communities where it does business, the environment and consumers.

As The New York Times put it, “The [Danone] turmoil raises the question whether business models that take all stakeholders into account can survive resistance from activist investors focused primarily on shareholder returns.”

In the face of the current environmental crisis, a growing number of companies choose to pursue financial and social goals simultaneously. Like Danone, some are clearly struggling to balance the trade-offs between social and financial goals.

Some business people and researchers have focused on when and how it may “pay to do good,” how social and financial goals can work in concert. We do not deny that this may sometimes be the case, but we believe the situation is more complex. If all stakeholders’ objectives were complementary, then companies would have no problem pursuing dual aims.

If all stakeholders’ objectives were complementary, then companies would have no problem pursuing dual aims.

Our point of view is that trade-offs are largely inevitable for dual-purpose companies, especially in highly competitive market economies — and in light of the dominant narrative of the past 70 years, which equates a company’s objective with the maximization of shareholder value.

For us, then, the key challenge for dual-purpose companies is to understand the conditions that shape the intensity of financial/social tensions and how to mitigate them. We first argue not all companies will face the same level of intensity in financial/social trade-offs. The institutional environment plays a critical role, with greater levels of economic liberalism leading to a greater intensity of trade-offs.

What companies can do

The good news is that we believe companies can take action to lessen the conflict they experience in pursuing different goals, independent of the economic environment in which they operate. We examine three primary areas within a company that are pertinent: the stated goals of the company, the hiring of decision makers and the incentives employed.

Goal setting. Based on past research, we argue that setting specific and explicit financial and social goals is important. If no specific goals are set for one or the other of the goals, or if no specific goals at all are set, this may lead to the prioritization of one goal over another. By explicitly stating both types of goals, a company commits publicly to pursuing both of them, and thus reduces ambiguity and risk of mission drift.

By explicitly stating both types of goals, a company commits publicly to pursuing both of them, and thus reduces ambiguity and risk of mission drift.

Part of goal setting is setting a time horizon, with longer time horizons benefiting companies with dual purposes — because social performance tends to occur over the long term. For example, reductions in carbon emissions may only occur over a period of years, whereas it may involve short-term financial costs. Companies that operate with a short-term horizon, therefore, may find themselves stalemated in decision making or straying from their mission.

Top executives who have knowledge of both financial and social spheres are best able to deal with dual-purposes, and the board members play a key role setting a company’s agenda.

As a corollary to this, board members play a key role setting a company’s agenda. Thus, board members’ sustained attention to dual organizational goals is essential in
the process of arbitrating the financial/social trade-offs inherent to most strategic decisions.

Compensation. Finally, we argue that dual-purpose companies should set moderate incentives that tie executive rewards to performance on both financial and social dimensions. Such companies may be more successful in pursuing their dual aims than companies that do not set explicit incentives or that tie rewards solely to financial or social performance.

In Danone’s statement announcing its management changes, the company stated that it still “believes in the necessity” of marrying “high economic performance” with the firm’s “unique model of a purpose-driven company.”

Only time will tell whether Danone will be able to both sell yogurt and save the planet. The case, though, points to the increasing salience of the joint pursuit of financial and social goals, as well as the urgent need for renewed thinking in this field.

Business Case: Combining Business and Societal Objectives at DANONE Why "Doing Well by Doing Good" is Not as Simple as They Say How Can Impact Investment Satisfy both Societal and Business Needs?

This is a theoretical article, based on our review of past research and stemming from the synergy between the authors different areas of expertise: the internal workings of dual-purpose organizations and corporate navigation of multiple goals. We also provide guidance for further research in the area.

Before being applied, our theories should be tested with further research. However, if they are substantiated, they could allow organizations that choose to pursue both social and financial goals to organize themselves internally to help balance the trade-offs between the two aims. Our theories also validate the idea that trade-offs are real, but that companies can be active agents — rather than passive recipients — in how tensions between social and financial goals are experienced in their operations.
Based on an interview with Tomasz Obloj and his article “Beyond Shareholder Value Maximization: Accounting for Financial/Social Tradeoffs in Dual-Purpose Companies” (Academy of Management Review, October 2020), co-written with Julie Battilana of ENS Paris-Saclay, Anne-Claire Pache of ESSEC Business School and Metin Sengul of Carroll School of Management, Boston College.
Related topics:
Strategy
Governance
Leadership
Download & Print
Share
FACEBOOK
TWITTER
LINKEDIN
EMAIL