Can Online Reputations Be Improved By Offering Groupon-Type Promotions?

Researcher Xitong Li crafted a study with a clear purpose: to find out if deal promotions like those offered via Groupon can have a positive effect on businesses’ online reputations. He found that despite an overall negative impact, certain merchants could boost their online review ratings by running Groupon-type deals. Li discusses the need for managers to assess online reviews and ratings carefully, and to consider both the pros and cons of Groupon-type promotions. 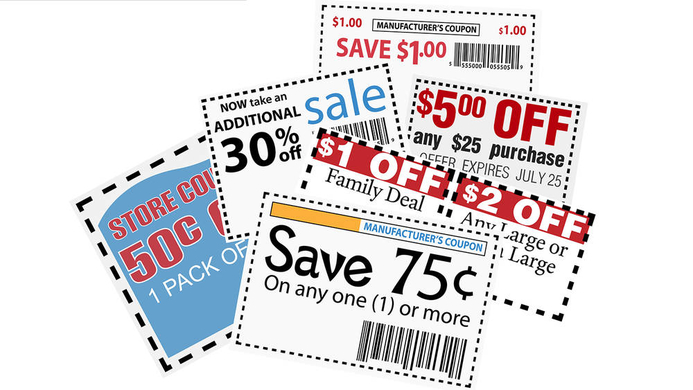 The deal promotion website Groupon.com emerged in 2008, thrived, and went public in 2011. Its current market value of approximately $2.4 billion and activity in nearly 30 countries imply that its scheme works; and yet, business managers have complained for several years that running a Groupon promotion is bad for business. They find it tough to cope effectively with the sudden rush of customers, and disproportionate discounts lead to financial losses. A 2012 Boston University study confirmed the negative effect of a Groupon promotion on an average local business’ online reputation. That finding spiked Xitong Li's curiosity. The success of Groupon and its popular use by restaurants and similar businesses suggested to him that the system must have some positive impacts, and he undertook to find out if this was true and if so, to whom it applied.

Li explains that Groupon deals concern local merchants whose Yelp ratings represent their online reputations, and that Yelp reviews function as a proxy for financial performance. His preliminary study (analysis of data from more than 2,200 restaurants) confirms pre-existing findings that average Yelp ratings for restaurants are lower after Groupon promotions than before. "This was expected, " Li comments, "But what was surprising was to see that for a portion of restaurants, average Yelp ratings increased after a Groupon offer. The question therefore became: what type of restaurant can boost its online reputation by running such a deal?"  Li discovered that restaurants with an average prior Yelp rating of no more than 3.67 (out of 5 stars) and no more than 30 customer reviews experienced a rating increasing of 0.22 in the month following the Groupon offer. "This is a relatively high increase, so it’s a significant finding. Moreover, it concerns about 24% of restaurants in the sample."

It is actually quite logical that deal promotions are most likely to boost the online reputations of restaurants with relatively low prior ratings and relatively small review volume. "Prior ratings serve as a baseline for subsequent ratings. When average ratings are already high (i.e., 4.5 stars), there is not much room for improvement. Furthermore, it is not easy for a merchant to maintain top performance when a promotion brings in a flood of new customers. On the other hand, when ratings are lower (i.e., 3.5 stars), there is room for a merchant to leverage a promotion to boost ratings." That said, Li found that the volume of prior reviews also plays a critical role in deal effectiveness. "If a restaurant has a lot of negative reviews, say 50 or more, this creates a negative environment and a negative bias." As a result, even if a Groupon-recruited customer has a positive experience, he or she is less likely to write a positive review or even write any review. In contrast, when the overall volume of prior is relatively small, customers are less influenced by them and so less biased and more independent in their views and comments.

It is not easy for a merchant to maintain top performance when a promotion brings in a flood of new customers.

Restaurant or other business managers choose to run a Groupon promotion for all sorts of reasons. This is called "self-selection," and Li explains that it presents a considerable challenge in empirical research. His goal was to establish a causal relationship, but the variety of business situations and personal choices complicates causal inference. "For example, a manager may opt to offer a Groupon deal because of currently declining online ratings. In such a case, a rating decrease observed after a Groupon promotion may simply be due to a continuation of this trend. It would be false to conclude that the Groupon promotion caused the rating decrease when it may not, in fact, have had any impact at all." To deal with this issue, Li created a control group of restaurants that had not run Groupon promotions but were otherwise similar (in 13 characteristics) to those that had. This enabled him to firmly establish the causal relationship between Groupon promotions and increased ratings for a specific type of restaurant: those with mediocre prior ratings and a limited number of online reviews.

Cost versus benefits of groupon promotions

Li stresses that the likelihood of a Groupon promotion having a negative impact on a business's online reputation is not necessarily a reason to forego using it. Indeed, Groupon is first and foremost a marketing tool that can effectively increase consumer awareness and attract new customers. The potential damage to online reputation constitutes the risk or cost associated with these benefits. Li adds, "Restaurants with the profile I identified are likely to gain the most from Groupon-type deal promotions, and the associate risk is minimal. Still, in other cases, the genuine benefits of this marketing tool can make its use worth the cost. What is important is for managers to think more about sales and figures when they are considering whether or not to run a deal. They should assess the potential benefits of running a deal along with whether or not their business could handle the risk to their reputation. They might conclude that the answer to this question is yes!"

Why consumers stockpile rather than spend loyalty-program points

Having identified the key characteristics of businesses liable to benefit from Groupon-type promotions (those with medium ratings and small volumes of reviews), Li warns managers not to forget: Groupon-type deals have a high risk of negative impacts to online reputations. To maximize the potential benefits of a Groupon promotion and minimize risk, he suggests that businesses that fall outside of the most favorable profile do the following: - Use deal promotions to promote only new products or services - Limit deal promotions to off-peak times, such as discounts valid on weekdays but not weekends - Offer deal promotions on selected items (e.g., specific dishes) or certain categories of items (e.g., beverages)

Xitong Li carried out a 2-part empirical study to find out if deal promotions had any positive effects on merchant online reputations. He used a standard fixed-effect model to consider Yelp review ratings of more than 2,200 restaurants before and after a Groupon promotion. He then used the difference-in-differences (DID) model combined with preprocessing matching to compare two groups of restaurants and identify the causal effect of Groupon promotion.
Based on an interview with Xitong Li on his article, "Could Deal Promotion Improve Merchants' Online Reputations? The Moderating Role of Prior Reviews" (forthcoming in Journal of Management Information Systems , 2016).
Related topics:
Marketing
Data Science
Operations Management
Information Systems
Download & Print
Share
FACEBOOK
TWITTER
LINKEDIN
EMAIL