Corporate Governance: The Independence of Top-Ranking Executives Lies at the Heart of Performance

David Thesmar and his co-authors demonstrate that the independence of top executives (rather than middle managers) from their CEO has an impact on corporate performance. 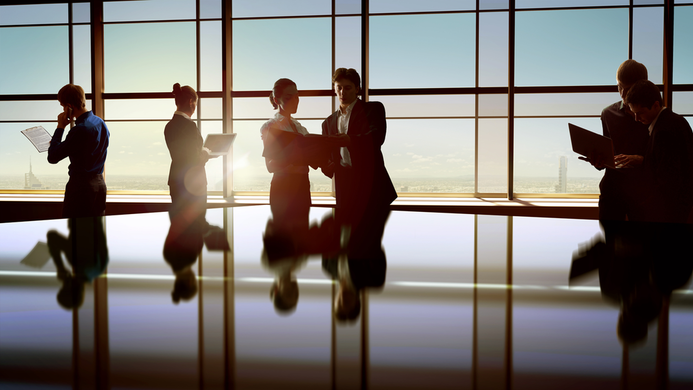 David Thesmar has had an interest in corporate governance since the early 2000s. “It was at the time of the post-internet bubble, when a terrible series of scandals had broken out on the other side of the Atlantic, with stories about CEOs abusing company funds, and then the Enron affair was revealed. In France, meanwhile, Jean-Marie Messier was being endlessly pursued by the shareholders of Vivendi Universal,” he recalls. “There was a debate raging in the world of academia and beyond about the principles of good governance: how can companies be run in the interests of shareholders rather than its leaders?”

Economists initially responded with the hypothesis that boards of directors had not played their role properly. Directors, who are nominated by shareholders at general meetings, are responsible for selecting company leaders and overseeing that they act in the interests of the shareholders, as well as occasionally offering limited assistance on strategic guidelines.

According to David Thesmar, however, it is very difficult for directors to monitor leaders effectively. “The directors at Vivendi, where the boss embarked on a catalogue of risky acquisitions, should have intervened much earlier.” Various researchers have tried to determine the reasons for this, with some speculating that directors were not independent enough. “Directors are often linked in one way or another to company heads: they might be lawyers for the company, or work in the investment banks where the firm is a client, or they may have social relations with the CEO. Earlier research has focused mainly on such questions and on looking for ways to measure the independence of directors.”

But the results of this research have so far proved inconclusive: regardless which measures were taken to ensure independence, there was no great impact on corporate performance. David Thesmar says this is not surprising. “In a large company, the board of directors does not meet very often and ultimately the directors lack the legitimacy to challenge the CEO. The directors are seldom on the scene, lack access to much information about what is happening in the company.

They do not even sit on the executive committee or take part in the firm’s operations. The supposed counter-balance of directors cannot be exercised. Except in venture capital, where the balance of power is more equal because venture capitalists are 50 years-old and the entrepreneurs 30, and because their firm does not make any profit.”

Leaders make better progress in some cases if they are obliged to make an effort to convince troops who are apparently skeptical.

So the question remains: who can properly oversee the decisions of a CEO in a company? To respond to this question, David Thesmar set out to analyze executive committees to measure the independence of their members in relation to the CEO. The criterion used to measure their independence consisted in studying which members of the executive committee were in place before the CEO had taken office. “Company heads can have subordinates who would not necessarily challenge him, because for a company to function, they have to adhere to his strategy,” explains Thesmar. “Either individuals are very independently-minded and the leader listens to them and adapts his strategy, or they are subservient to the CEO because of their position in the company and simply follow him, no matter how risky his actions are.”

This work is based on an earlier paper that shows that differences in points of view in a chain of command can contribute to improving the way an organization functions. These differences oblige leaders to justify or even modify their decisions to ensure that they are supported by their troops. In one sense, leaders may at times make better decisions if they are obliged to convince troops who are a priori skeptical. “The method for measuring the independence of executive committees that results from this study is a strong predictor of corporate performance,” concludes David Thesmar. “There are multiple possible explanations for why this. But what is certain is that this is the first time that it has been possible to measure company structure and its internal governance in a way that provides a relatively robust and strong explanation for differences in performance.”

One concrete conclusion for companies that can be drawn from the article is that ensuring members of executive committees remain in place when there is a change in CEO can function as a safeguard. 'This can be a way of calming relations and showing that the firm is operating well and in a rational and upward manner,' says David Thesmar. But he also remains pragmatic: 'Everyone knows that a company is not a democracy. The CEO has a vision and cannot be faced constantly with oppositions and having to convince executive committees about his strategies everyday. A priori, a non-monolithic organization performs better, but this depends a great deal on the larger contexts in which the company is situated.'

The researchers linked various data sources to demonstrate empirically that there is a correlation between the make-up of a firm’s executive committee and its corporate performance (profitability, stock returns, and long-term success of acquisitions): the ExecuComp panel of the salaries of the five highest-paid executives in the largest American corporations was used to obtain the ratio of executives hired after the current CEO was appointed; Compustat for accounting data relating to each of ExecuComp’s 195,890 observations; data from the Investor Responsibility Research Center for measuring external corporate governance; SDC Platinum for data regarding acquisitions; and the Center for Research in Security Prices for the relevant stock returns.
Based on an interview with David Thesmar, professor of finance, and his article “Bottom-Up Corporate Governance” by D. Sraer, A. Landier, J. Sauvagnat and D. Thesmar, which won Thesmar the European Finance Association prize for the best paper published in Review of Finance  (January 2013, Vol. 17, No. 1, pp. 161-201).
Related topics:
Finance
Download & Print
Share
FACEBOOK
TWITTER
LINKEDIN
EMAIL

David Thesmar was Professor at HEC Paris from 2005 to 2016, and is now Professor at MIT Sloan School of Management. His research areas are finance...