China and Greece are among the nations believed to deliberately misreport economic data in order to attract investment or keep borrowing costs low. Such governmental “creative” accounting has hitherto been mostly impossible to prove, but now an innovative study tested statistical data to reveal which countries have an incentive to falsify their economic figures. 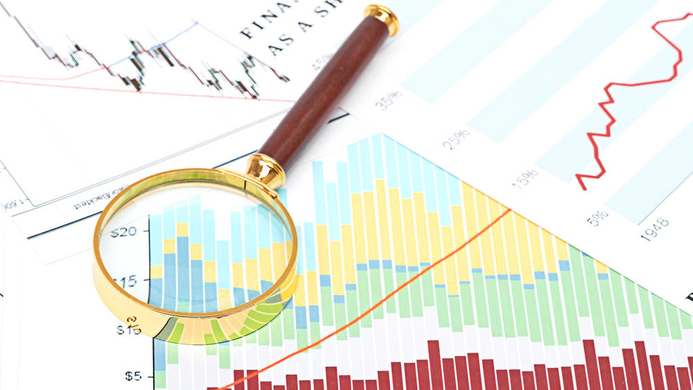 Argentina has long been suspected of understating its inflation figures to avoid paying high interest rates on government bonds indexed to inflation. Greece and Italy have been accused of tinkering with their budget deficit figures prior to joining the Eurozone, with the suggestion that this allowed the Greek government to enjoy lower borrowing rates from investors than would have otherwise been the case. China is believed to embellish its growth figures. And the list goes on, with a number of countries around the world suspected of lying about their economy for strategic reasons, such as to attract investors or obtain cheaper financing to service their debt. Despite this (somewhat cynical) take on government accounting, it is difficult to discern whether such countries deliberately mislead investors or simply put out inaccurate figures because of measurement errors and poor data collection. The literature on the truthfulness of national government accounting has been meagre so far, but HEC professors Tomasz Michalski and Gilles Stoltz have developed a model to uncover cheating.

The tell-tale distribution of digits

The two researchers assembled data on balance of payment spanning nearly two decades and covering more than 100 countries. They then put this data to a statistical test. In theory, the first digits of the numbers should not be distributed in a uniform way but should follow a specific distribution pattern conforming to what is known as Benford’s law. According to this statistical law, the smaller values (1, 2, and 3) occur more frequently as a first digit than larger values. This is true for large quantities of data, whatever the source – capital flows, street addresses, surface area of rivers, and so on. It may not sound intuitive for some data but for economic series that grow in a multiplicative manner due to inflation or growth, the effect can be visualized with a simple thought experiment, as articulated by Gilles Stoltz: “Start with the figure 100, and add 10%. In the time it takes to reach 200, the first digit of your result will be 1, but after 200, you will be adding a larger number and so it will take a shorter time until your first digit turns from 2 to 3, and so on.”

Since any large enough amount of data should conform to Benford’s law, it has been used as a test to detect manipulations of figures in auditing and accounting since the 1990’s. Applying the same test to standardized figures about balance of payments, the HEC researchers found evidence that a number of countries were misreporting their macroeconomic data. While the method did not allow them to detect the point at which specific governments provided false information, they managed to find patterns when grouping countries according to certain characteristics, such as type of exchange rates or foreign asset positions.

The temptation to tinker with figures is heightened in times of economic duress.

Who are the rogue accountants?

A first category of countries whose data did not conform to Benford’s law (suggesting “creative” accounting) was “fixed exchange rate” regimes. Especially in the subgroup of countries with free flows of capital, the data did not conform to the expected distribution. Such countries have a strong incentive to disguise poor figures, as they are particularly exposed to economic crisis if there is an attack on their currency. “The balance of payments is particularly important for these countries. Investors can infer the extent of external disequilibrium of a country – its borrowing needs and the composition of financing at the national level, the presence of hot money, etc., all of which affects the ability of their central banks to defend their currencies if attacked,” adds Tomasz Michalski. Conversely, the distribution of data tended to conform to Benford’s law in countries with floating exchange rates.

The other category of states whose data showed atypical behavior in the first digits was “current account deficit.” Again, countries in this category have a strong incentive to appear more stable and solid than they truly are. “When you are borrowing money from the rest of the world, you don’t want to appear vulnerable,” Tomasz Michalski points out. A similar effect can be observed for those countries most in debt in terms of net foreign assets.

In geographical terms, many countries in Africa and the Middle East had suspect distributions of the first digits of their figures, as did a number of Latin American countries. But the researchers emphasize that falsifying data is a question of economic incentives, not culture. And, indeed, the temptation to tinker with figures is heightened in times of economic duress. “In the last quarter of 2008, some countries such as Ukraine and Slovakia even declined to publish figures, to avoid sparking a currency crisis or making it worse,” says Tomasz Michalski.

Ultimately, if fraud is widespread, can figures still be relevant? “You can’t fake everything!” counters Tomasz Michalski, who adds that investors take figures with a grain of salt. “Even in the more transparent West, even a solid economy like Germany arranges definitions of unemployment to be able to publish good figures.”

Considering what important signals economic figures represent, the two researchers call for the creation of an independent statistical agency, modeled on the European Union’s Eurostat, to ensure the quality and veracity of macroeconomic data. However, they acknowledge that it would be difficult to be truly independent, since such an agency would have to rely on governments or, alternatively, have people on the ground gathering data. “For some figures, for example inflation, individuals can report on prices of consumers goods in supermarkets, but that’s not possible for macroeconomic figures and aggregate individual transaction data like the balance of payments, which are a part of a state’s accounts,” says Tomasz Michalski. He believes that a market-based mechanism will work. “Governments that cheat are going to be found out and punished by investors,” he says.

The authors based their research on quarterly balance of payments data from the International Monetary Fund for 103 countries for the years 1989 through 2007. Using figures from the IMF ensured that the data was prepared in a standardized way and provided in US dollars—the dominant currency of international transactions. The quarterly data on the balance of payments is relevant for investors as it reveals important information about the competitiveness and solvency of a given country.
Based on an interview with Tomasz Michalski and Gilles Stoltz, and the article “Do Countries Falsify Economic Data Strategically? Some Evidence That They Might”, Review of Economics and Statistics.
Related topics:
Economics
Data Science
Download & Print
Share
FACEBOOK
TWITTER
LINKEDIN
EMAIL

Gilles Stoltz's research interests focus on the sequential prediction of arbitrary sequences, both from an industrial viewpoint (prediction of...