Creative Processes: How to Negotiate Technological Innovations With Success

Thomas Paris and his co-authors show how technological breakthroughs are assimilated into the creative process at Ubisoft, a major player in the development and distribution of videogames. Ubisoft’s good practice could be a great source of innovation for other industries. 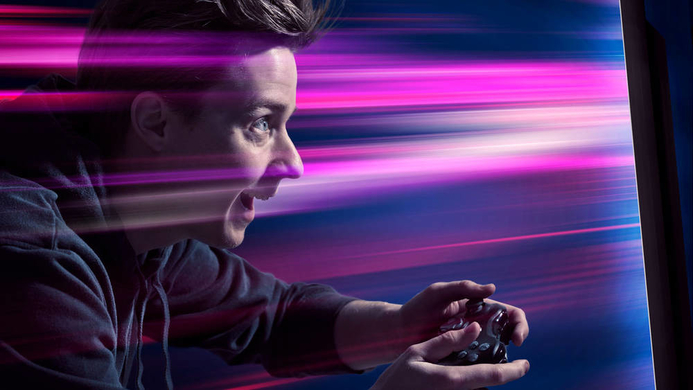 Thomas Paris has a long history of working on the creative industries, i.e. all those sectors involved in creative activities: not just the cinema and audiovisual business but also fashion, music, publishing, advertising, haute cuisine, perfumes, architecture, design and videogames.

Paris has found that, although the issue of technology has been widely discussed in the literature on companies working in the cultural field, it has been ignored in terms of creative processes: “There is an extensive body of literature from a largely psychological perspective, but there are relatively few papers that analyze how creativity fits into organizational processes.

Yet designers are not talented individuals who work in isolation, waiting for inspiration to come from nowhere. They collaborate with other people and teams, especially in the world of videogames, where the processes are collective.”

Considerable overlap between creativity and technology

Paris did not hesitate when the opportunity arose to conduct a study with the French company Ubisoft, the third largest independent videogame publisher in Europe and the United States, and the third largest developer of videogames worldwide. “I met them during the course of my work”, explains Paris, “and started a research project with them, in which one of my two co-authors, David Massé (a Ph.D. student at the Ecole polytechnique), also took part. What is interesting about Ubisoft is the interaction between the creative process— the people who design the games—and technological renewal, which is very fast in this sector.”

A new range of expression for developers

The case study carried out by Paris and his co-authors identified two phases in the creative process that involve advances in technology: the design of new games triggered by improvements to an existing game engine and, in particular, the design of gameplays for next generation consoles. “The pace of game development is dictated by the new consoles arriving from various manufacturers every four or five years”, explains Paris. “Generally speaking, it is a leap in technology that moves things forward and radically changes the game designers’ range of expression.”

What is interesting is to see how the artists’ assimilation of new tools is organized within the company: before a new console is launched on the market, Ubisoft receives software development kits with all the components for developing a game on the console. A dedicated team studies them and dismantles the engine.

Sometimes they develop small games or tools to make them easier to use, and then they regularly report what they have succeeded in doing to the developers. Paris continues: “The idea is to show them not only the new constraints but also the possibilities that will feed into their creativity. You can draw a parallel with the world of painting: it is asthough, after a new color has been created, certain individuals were put in charge of testing it to see what can be done with it and to inspire artists.

Innovation isn’t just about having good ideas but also about knowing how to structure them in fine detail.

Even creativity is a matter for negotiation

The authors highlight an interaction between technology and creativity that they describe as “creative negotiation”. As Paris further explains: “At Ubisoft, creativity and technology are really intertwined and it works both ways: employees on the technological side test and show the opportunities that are available to the creative staff; the artists have ideas and submit them to the people in technology, and then they see what is feasible.”

The study has also had the virtue of adding to the literature on technology: it has provided a more precise and nuanced account due to the specific open ended nature of the cultural and creative industries. As Paris concludes: “Ideas aren’t necessarily the hardest thing to come up with once there is a strong interaction between a conceptual process and a more real process that is rooted in reality”.

This research is highly instructive for the creative industries, as it demonstrates that creativity is achieved by exploring new materials (digital technology in this instance) and their technical feasibility, and that the creative process can be organized. But the research may also be extended to other industries, as Thomas Paris explains: “New technologies can serve as a starting point for the process of exploration using dedicated teams who then feed into the innovation process.

The researchers undertook a case study based on a qualitative approach in order to improve their understanding of the creative processes at work in the video game industry. They used three sources of data: direct observation (the long-term immersion of one of the authors in the company, informal conversations and visits to development studios), document study (including confidential internal documents) and seven semi-structured interviews with Ubisoft managers and directors.
Based on an interview with Thomas Paris and the article “Technological Change at the Heart of the Creative Process: Insights From the Videogame Industry” co-written with Patrick L. Lê and David Massé, published in International Journal of Arts Management, Vol. 15, No 2, 2013.
Related topics:
Media, Art and Creation
Download & Print
Share
FACEBOOK
TWITTER
LINKEDIN
EMAIL