Dancing With the Devil: When NGOs Partner With Commercial Firms

NGOs and commercial firms often form partnerships. What is it that drives these alliances and who really benefits? Olivier Chatain and Elena Plaksenkova created a theoretical model to understand these collaborations better. They find that NGOs make trade-offs, and commercial firms are often disappointed with the outcomes. 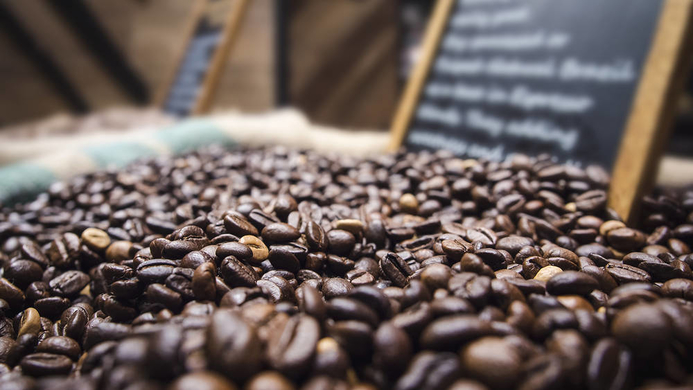 Non-Governmental Organisations (NGOs) regularly receive support from commercial firms. For an NGO, this support helps them deliver on their goals, such as providing jobs, increasing wages, improving product quality or regeneration of the environment. But what’s in it for the firms? Olivier Chatain and Elena Plaksenkova set out to uncover how these partnerships form and what determines their success or failure.

NGOs and the Coffee Industry

Chatain begins by talking about the coffee industry: “NGOs aim to enable more farmers to sell their coffee on the international market and to help them apply more environmentally friendly processes. With a better product, farmers become more commercially viable for firms, providing them with another source of product. This makes it a win-win for the NGO, the firm and the supplier.” In these cases, however, the NGO’s aims often come into conflict with those of firms. “In the case of fair trade, the NGO is trying to reduce the bargaining power of the firm, as they take too much value from the suppliers,” Chatain explains. “The idea is to make the process fairer where more profits are shared. This goes against the profit-driven aims of firms.”

NGOs and firms can work together to find a common ground to conduct business so that it benefits all", Olivier Chatain.

“We see that an NGO has to make trade-offs when allying with firms,” Chatain says. “The NGO will work hard to help improve product quality and get the best price for suppliers. However, they often work with firms that have a higher bargaining power. The deal will be less profitable for suppliers, but at least there will be a deal.” He explains that, although tradition dictates that NGOs prefer to work with firms with a lower bargaining power, this too can backfire for NGOs. Such firms are more likely to pull out of deals if they cannot make enough profit, leaving suppliers with nothing.

“Our model showed that firms are often disappointed with the outcomes of NGO partnerships,” Chatain says. “NGO’s will make just enough effort to get commitment from the firm, and that is it. This means the firm won’t necessarily make much profit. It takes a well-organized NGO and a powerful firm to create a true win-win partnership.” Successful partnerships are brought about when firms join forces with NGOs that offer more. Such partnerships come about as a result of research and negotiation from both sides. This implies that firms are more likely to get what they want from a partnership if they clearly assess the NGO’s capabilities and recognize that they may need to help the NGO grow their capabilities. In this way, the NGO will be able to do more than just offer the bare minimum. Overall, the model showed that the most powerful firms, with highest bargaining power, often match with the most efficient NGOs. This means that high profile NGOs are more likely to work with large powerful firms.

NGOs are important for the future

“This study can help both NGOs and firms be more realistic about what they can expect from their partnerships,” Chatain concludes. “NGOs may, sometimes counterintuitively, have to ally with firms that have higher bargaining power and need to be more aware of the implications when entering such partnerships. They also need to provide economic incentives for both firms and suppliers. Firms should be realistic and understand that a very busy NGO might be overstretched and, while desperate to strike a partnership, may not be able to deliver as much value as the firm expects.” He goes on to add: “To some extent NGOs are starting to take over government functions in some areas of the globe. They are becoming strategic, wielding carrots and sticks in their relationships with for-profit firms. At the same time, NGOs remain independent from government as they strike up complex relationships with suppliers and commercial firms. We need to understand more about how the goals of all players can be better aligned.”

Do not assume that NGOs' interests and goals are systematically aligned with small producers and farmers: in fact, NGOs interest is in having the deal happen, by encouraging small producers and firms alike to adopt specific practices that are deemed to be good. For these deals to happen, they will spread their effort to convince both partners to come to the negotiating table - and this means that they may avoid supply chains where one actor is appropriating most of the value. Firms may need to signal their willingness to share the added value of the new practices, by signing away some of the profits to suppliers, to entice NGOs to spend the effort needed to facilitate these deals.

Chatain and Plaksenkova’s study relied on game theory to create a model of collaborations between NGOs, firms, and suppliers and the economic value created by these partnerships. The authors support their theoretical framework with evidence from existing case studies.
Based on an interview with Olivier Chatain, on his paper “NGOs and the Creation of Value in Supply Chains” co-authored with Elena Plaksenkova, HEC Paris Phd (In Press, 2017).
Related topics:
Sustainable Development
Operations Management
Strategy
Download & Print
Share
FACEBOOK
TWITTER
LINKEDIN
EMAIL

Olivier Chatain's main research focus is the formal and value-based foundations of strategy with specific applications to buyer-supplier relationships...

Elena Plaksenkova was a Ph.D. student at HEC Paris and is now Assistant Professor at the Ohio State University Fisher College of Business. Her...