Do CEOs Matter for CSR Initiatives?

A new large-scale study links CEO influence to a 30% difference in firms’ performances in the areas of social responsibility. Interview with Georg Wernicke, Assistant Professor of Strategy and Business Policy at HEC Paris, and member of the school’s Society & Organizations Institute. 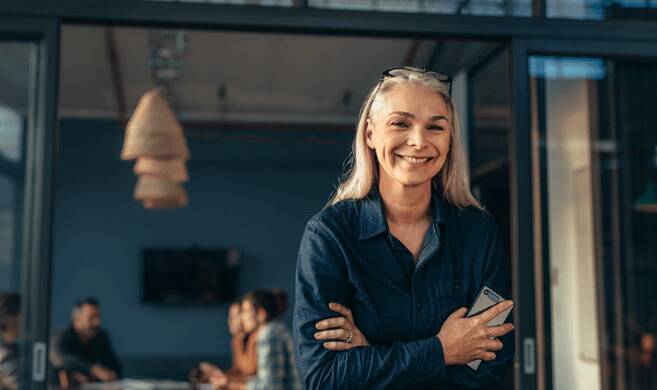 What is the main finding of your study?

In this study, we estimate the ‘CEO effect’ on corporate social responsibility (CSR). The CEO effect quantifies how much of the total variance in any measure can be attributed to CEOs compared to contextual factors like firms’ industry, firm-related factors, or changes in widely-held norms about business conduct. In other words, the CEO effect measures how much CEOs matter.

We find that CEOs can explain about 30% of the total variation in CSR initiatives and activities across firms.

Our results show that CEOs matter a lot, explaining a good 30% of the total variation in CSR-related activities and initiatives across firms and over time.

What are the main goals that you wanted to achieve with this study?

There is a historical debate among researchers and practitioners on how much CEOs matter for firms’ outcomes in general. Some view the CEO as merely the most visible cog in complex machines, while others believe a company’s fate largely depends on its CEO. So my co-authors and I wanted to answer the question of how much influence CEOs have on firm outcomes in general and on CSR in specific. Our specific interest in CSR stems from the fact that CSR transitioned from being considered a relatively peripheral activity – a bit like an add-on activity – to become a more central activity of many firms over the last decades. We also decided to focus on CSR because CSR activities and initiatives are ideal for studying CEOs’ influence on firms.

Can you explain further why you think CSR is ideal for estimating CEOs’ influence on firms?

In practice, how much CEOs matter for firm outcomes is not easy to answer because of the confluence of other factors – cash flow, external pressures, current market conditions, and so on – that can also shape and determine results. Much of prior research on the CEO effect focussed on CEOs’ direct influence on financial performance. But, financial performance is a comparably distant measure of a CEO’s doings and, compared to CSR, prone to be much more affected by factors beyond a CEO’s control. For example, during the current COVID-19 situation, a firm producing video conferencing software will greatly benefit from many employees worldwide working from home during the pandemic. At the same time, most airlines would have gone bust without substantial governance support. External events such as a pandemic or economic busts and booms strongly affect firms’ financial performance and tend to continue doing so for quite some years after an event. In contrast, CSR is directly influenced by CEOs’ actions or lack thereof, and hence, a more suitable measure to quantify the CEO effect.

What is the method with which you estimated the CEO effect on CSR?

We used a recently developed statistical technique to assess the interplay of CEO clout and outcomes: the “CEO in context” variance partitioning method. In practice, how much CEOs matter for firm outcomes is not easy to answer because of the confluence of other factors – cash flow, external pressures, current market conditions, and so on – that can also shape and determine results.

For example, generally held norms about racial and gender inclusion in the workplace or norms on the environmental conduct of firms have changed significantly over the last decades. So one might wonder if firms began to engage in more diversity-related activities or environmental-conservation initiatives because society expects them to do so, or because the CEO pushes these initiates forward. On the level of individual firms, does a firm not engage in CSR because its CEO does not believe in the value of such activities or because the firm is in a financially dire situation, barely being able to keep its core functions running?

The CEO-in-context technique differs from other techniques in that it explicitly considers the context in which CEOs operate.

What are the implications of those findings for CSR and business policies in general?

We show that CEOs matter quite a lot for firms’ engagement in CSR-related activities and initiatives. For boards of directors, this result suggests that if directors want to change the CSR trajectory of their firms, it is of utmost importance to pay attention to whom to pick as CEO. Hence, top managers’ world view, values, position on climate change, capitalism, or even the treatment of employees will dictate to a large extent how much firms’ engage in CSR. Similarly, directors might want to consider incentivizing CEOs for CSR by, for example, tying some of the compensation to CEOs’ to firms’ social and environmental performance. Beyond boards, our results have implications for those who want to influence firms’ practices, such as social movements and activists or policymakers. Given CEOs’ significant influence on CSR, putting pressure on CEOs might then be a fruitful avenue to bring about changes in business conduct.

Our findings inform a universal understanding of the degree of sway top executives exert on their firms for business policy in general, which has historically been something of a moot point for scholars and practitioners alike. Hence, CEOs are not just the most visible cogs in complex machines but significantly determine firms’ fate.

To assess the impact of CEO influence, we look at a large dataset of about 1200 US firms from 1993 to 2015 and calculate how much of the total variance in CSR across firms and over time is attributable to CEOs, as opposed to industry, firms, and macro predictors such as changes in widely-held norms about responsible business conduct.
Interview with Georg Wernicke on his research paper, “How much influence do CEOs have on company actions and outcomes? The example of corporate social responsibility”, co-authored by Miha Sajko and Christophe Boone of University of Antwerp, Academy of Management Discoveries, 2021.
Related topics:
Leadership
Strategy
Governance
Download & Print
Share
FACEBOOK
TWITTER
LINKEDIN
EMAIL