Women are still vastly under-represented in all spheres of influence, from CEOs to boards of directors. In France, for example, only 4% of the CEOs of the 100 largest companies and 14% of board members are women. Is this state of affairs due solely to career choices, motherhood, male co-option and discrimination? Or does the selection process of the entrance exams for France’s Grandes Ecoles also have an impact on women reaching positions of responsibility? 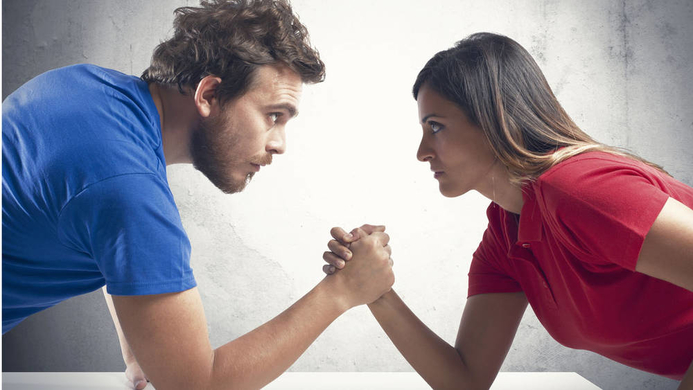 Evren Örs, Frédéric Palomino and Eloïc Peyrache analyzed the performances of candidates in the entrance exam for HEC Paris. They observed that, whereas the proportion of female candidates for the science exam is more or less the same as for men (i.e. 49.16 % of the science candidates), women are under-represented in the Grande Ecole (representing 45.92% of admissions). How can we explain this statistically significant difference?

Numerous researchers have tried to analyze the differences in performance between men and women in the context of experimental studies. These seem to indicate that men and women react differently to the pressure of competition. Örs, Palomino and Peyrache decided to investigate the performance of candidates in the entrance exam for HEC Paris in order to study the issue in a real-world setting. They observed that the females in their sample achieved better results on average in the baccalauréat (the French high-school finishing exam) and obtained more distinctions in particular. In addition, there are higher numbers of women in the best-ranking prep schools. However, the proportion of females in the sample of “admissibles” at HEC Paris (i.e. candidates who have passed the written phase of the exam) is no more than 46.32% and ultimately 45.92% of the“admitted”. Once they have been accepted, females achieve slightly better grades than their male counter parts in the mandatory courses at the end of the first year in the Grande Ecole program.

According to received wisdom, women apply themselves less to scientific subjects and are “not so good at mathematics”. This thesis, however, is not backed up by the study carried out by Örs, Palomino and Peyrache. The researchers found that women in science tracks (i.e. who are very good at mathematics) tend to achieve better results in the baccalauréat and are subsequently admitted to the highest-ranking prep schools for the Grandes Ecoles. However, their performance (compared to men) shows a tendency to fade in math and other subjects in both the written and oral entrance exams for HEC Paris. The hypothesis that men “have an affinity” for mathematics does not, therefore, explain the difference in performance between men and women; nor does it shed light on the differences noted between the baccalauréat and entrance exam.

In the quartile for the best ‘admissibles’, the average performance of the men is significantly higher than that of the women.

Male performance located at the extremes

It is only when the frequency distribution of the performance measures for the entrance exam are analyzed that a partial explanation begins to appear. In the first decile, in which 10%of the candidates obtained the poorest grades, there is no difference between men and women. But from the first quartile (the 25% with the lowest grades),the men achieve better results on average than the women. The tendency for men to out-perform subsequently becomes more pronounced, both at the mid-part (median) of the distribution and in the third (75%) and last quartiles (the top 25% of the distribution of grades). Accordingly, in the quartile for the best “admissibles”, the average performance of the men is significantly higher than that of the women. More men are to be found at the top of the distribution, whilst the women are concentrated slightly more around the average in mathematics as elsewhere. These results are observed principally in the written entrance exam, a stage where the candidates are assessed anonymously. As HEC Paris selects the top performers in the distribution, the proportion of men admitted at the entrance exam is higher than for women.

A different way of competing?

The authors note, in fact, that the performance of females is influenced by the competitive nature of exams. Women achieve better results in tests such as the baccalauréat, where, although the examinations are held in a context of real pressure, there is no limit on the number of places available. On the other hand, when the context becomes highly competitive (which is the case for the entrance exam for HEC Paris, where few candidates are admitted), men fare better. It is likely that women respond differently to competition than their male counterparts, and that the competitive entrance exam for HEC Paris may be seen as a kind of “tournament” with a two-stage (oral and written) elimination process. Although the reasons behind this phenomenon have not yet been clearly identified, this research is valuable in that it shows that the over-representation of one gender may result from the method of assessment.

It is interesting to try and understand the factors that contribute to the under-representation of women at a time when there are a growing number of initiatives in France, Europe and worldwide for ensuring that they have a voice at all levels of decision-making (particularly through positive discrimination). In France, men and women who are promoted to senior positions are generally graduates of the Grandes Ecoles. Throughout their careers, candidates for positions of power pass through a series of tests based on selection and competition, which could be likened to tournaments. However, the study conducted by Ors, Palomino and Peyrache illustrates that the relative performance of women compared to men is influenced by the environment in which the assessment takes place. For as long as men fare better in more competitive contexts, the current debate on methods for selecting elites is all the more important!

Evren Ors, Frederic Palomino and Eloic Peyrache analyzed the performances of candidates in the entrance exam for HEC Paris in 2005, 2006 and 2007. Their study concentrated on the 5,743 candidates in the science track (56% of the total number of candidates). Using data provided by the HEC entrance exam administration center, they employed a variety of statistical tests to analyze and compare the results obtained by men and women in the baccalaureat; in the written and oral entrance exam for HEC; and at the end of the first year in the Grande Ecole.
Based on an interview with Evren Örs and the article “Performance Gender-Gap: Does Competition Matter?”, co-written by Frédéric Palomino and Eloïc Peyrache, published in the Journal of Labor Economics in April 2013.
Download & Print
Share
FACEBOOK
TWITTER
LINKEDIN
EMAIL

Eloïc Peyrache is Professor of Economics and the Dean of HEC Paris. His research interests include the challenges of information transmission on the...

Evren Örs' main research areas are financial institutions and corporate finance. His current research projects include the impact of banking...