Envy at Work: How Organizations Can Improve productivity

Envy between employees can affect a firm’s performance. In their study, Tomasz Obloj and Todd Zenger investigate what makes us compare ourselves to others at work and what this means for the firm we work for. They find that proximity to those we envy can reduce individual productivity. 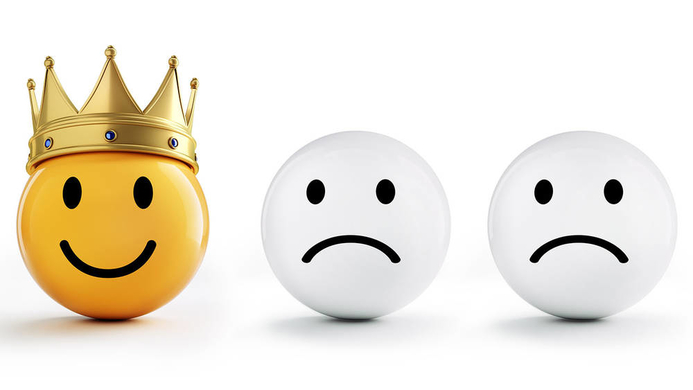 As humans, we continually compare ourselves to our peers and those in close proximity. But, how does this natural propensity for social comparison effect how people behave at work? Tomasz Obloj says, “There is emphasis on increasing transparency in the modern workplace. There are many good reasons to do so, reduced discrimination being an important one. However, this can also lead to envy between employees with detrimental effects on productivity.”

Obloj and Zenger wanted to find out what increases social comparison in the workplace and how this would influence a firm’s performance. Transparency can reduce discrimination and lead to a more even playing field at work, but it can also foster social comparison between co-workers. “People tend to compare themselves to others who are in close proximity,” Obloj explains. “This may be geographical proximity (those in the same office), structural proximity, (those in the same organizational unit), or social proximity (friends or colleagues).” He adds: “When we look at someone and compare ourselves to them, we decide if they are better or worse off than us. Those that are worse off might induce compassion, and those better off tend to induce envy.”

Transparency can reduce discrimination and lead to a more even playing field at work, but it can also foster social comparison between co-workers.

Within an organization there are complex behavioral micro-mechanisms that can be difficult to untangle. An employee may envy another because their results are better, but what if the person who obtains better results simply works harder? “We were able to carry out an empirical investigation using data from a retail bank that had organized a tournament between its branches. Each branch was assigned to a tournament group where they competed for a different number of prizes: 1-4. If a branch happened to be allocated to a good tournament group, it had a higher probability of winning.” Group allocation was not based on skill or talent which meant that any element of envy or compassion observed in employees could be narrowed down to social comparison alone.

Isolating and analyzing the data on envy

In analyzing the data, Obloj used an instrumental approach to find contexts that would unambiguously allow him to identify objects of envy. “The data provided by the bank created a perfect quasi-laboratory,” he reports. With the data provided by the bank, Obloj followed an ‘insider econometrics’ approach using a combination of all the big data from the organization relating to individual bank branches, coupled with detailed information from employee interviews, emails and company memos. “This enabled me to understand what was going on inside the organization and interpret the data,” he explains. “In the context of this bank, we see an upward social comparison where employees focus on those that are more advantaged. They only pay attention to objects of envy and show no signs of compassion,” Obloj reports. “We also see that when objects of envy are more proximate (structurally, socially, or physically), individuals become demotivated and reduce the amount of effort they make at work.”

From a strategy perspective, Obloj concludes: “Organizations can use different levers to reduce the potentially harmful social comparison that we observe. They could make structural changes to their organization and alter the work culture to decrease the proximity of those likely to be affected by social comparison and become objects of envy.”

How to Reach the Top Position? [Video] Being a responsive and responsible leader: the best antidote against populism

“Firms can look at outsourcing as a method to remove the detrimental effects of social comparison in the workplace,” Obloj suggests. “The equity portfolio of Harvard University is a good example of where this has occurred. Here, the work had to be outsourced as a result of social comparison when employees and alumni were outraged at the high wages paid to equity managers.” When it comes to organizations and maximizing on economies of scale, Obloj believes these have limitations: “Parts of an organization may need to be outsourced if they generate high costs through high levels of social comparison.”

Obloj and Zenger used data from a retail bank that charted an inter-bank branch tournament between 164 branches. As the bank branches were divided into tournament groups with different probabilities of success, the duo was able to isolate instances where social comparison occurred and whether this led to feelings of envy or compassion. They used detailed performance data in combination with supplementary material to create an overview of the inner workings of the firm. Regression analysis enabled them to determine that envy, driven by proximity to objects of envy, resulted in reduced productivity.
Based on an interview with Tomasz Obloj on his paper “Organization Design, Proximity, and Productivity Responses to Upward Social Comparison,” co-authored with Todd Zenger (Organization Science , September 2017).
Related topics:
Strategy
Human Resources
Download & Print
Share
FACEBOOK
TWITTER
LINKEDIN
EMAIL