On prosocial crowdfunding platforms such as Kiva, which benefit low-income entrepreneurs, women-led campaigns tend to be significantly more successful than men's. To find out which specific gender dynamics explained this difference, HEC Paris professor Santosh B. Srinivas sought to sort out gender differences in the justifications for funding requests entrepreneurs made on the site. 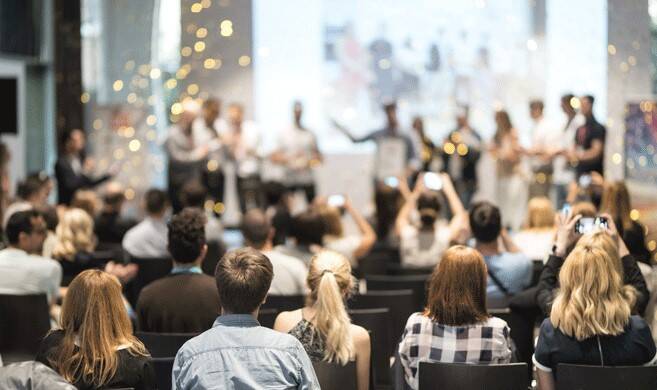 Ellen in Mount Barclay, Liberia, is seeking $325 to buy fish and other food products to sell in her market. Amphai, who lives in an area in Thailand with few banks, is seeking $1,875 for her silk weaving business. Abed Al Azez, a refugee living in the West Bank, is asking for a $3,000 loan to build a car park.

The profiles of Ellen, Amphai and Abed Al Azez appear on the microfinancing site Kiva, along with their requests for loans. Donors (or “lenders,” as the site puts it) can loan amounts as little as $25, and when it is paid back, as it is in 96 % of cases, according to the site, donors can lend their money to a different entrepreneur or withdraw it.

Though there is a demonstrated gender gap in access to finance, a 2017 PricewaterhouseCoopers study reached the surprising conclusion that in 2015-16, women-led crowdfunding campaigns were 32 % more successful in obtaining financial backing than those led by men. I sought to find out what differences there might be in how men and women present their loan requests on prosocial crowdfunding sites, the effect of different pitches and — from the opposite end — how male and female donors may react to entrepreneurs’ requests on the site.

The importance of how people justify their actions

Much of the work in my dissertation is based on French sociologists Luc Boltanski and Laurent Thévenot’s research on the way individuals justify their actions to others. They find that people’s justifications fall into six categories.

The choice of words used to justify requests for funding is important.

According to information on its website, the prosocial organization Kiva has funded more than $1.6 billion in loans in 77 countries, and has attracted 1.9 million lenders. Based on 1.2 million pitches provided by Kiva, I conducted three studies.

The second study, perhaps the most interesting, used pitches from multiple countries to look at the effectiveness of justifications used by women and men. I found that women and men are both more likely to be successful in quickly obtaining funding if they counteract certain stereotypical gender expectations.

I found that women and men are both more likely to be successful in quickly obtaining funding if they counteract certain stereotypical gender expectations.

Potential donors are more likely to see women entrepreneurs as facing more structural barriers, and therefore to have a legitimate need for financial resources. At the same time, prosocial donors — who are not looking to make a profit but to make a social contribution — want to make an impact. Therefore, women entrepreneurs are more likely to be successful in attracting investment when they emphasize their desire to create change — to be proactive — and justify the potential of their venture (by using, for example, inspired and market justifications).

Men, on the other hand, are more likely to improve their chances when they can demonstrate a legitimate need (by emphasizing that their projects aim to contribute to the collective welfare rather than their own economic betterment, using civic justifications).

In the third study, using a random sample of 38,907 Kiva investors, my results showed, contrary to expectation, that male and female prosocial investors on crowdfunding platforms do not differ much in their preferences for certain justifications. In addition, women investors do not prefer to fund women entrepreneurs, for example.

While past crowdfunding research has focused on the attributes of entrepreneurs and the characteristics of successful campaigns, there has been a lack of attention to how the nature of justifications employed in crowdfunding pitches influences potential backers. These studies attempt to address this issue.

Moreover, this research adds to other studies that suggest that gender dynamics in crowdfunding are different from those in a traditional funding context.

My research confirms that prosocial crowdfunding platforms, such as Kiva.org, play an important role in providing equitable access to capital to early-stage entrepreneurs, particularly women. In addition, it shows that the choice of words used to justify requests for funding is important. It is therefore recommended that entrepreneurs seek inspiration for their pitches by looking at successful past ventures for the language that was used.
Based on an interview with Santosh B. Srinivas and his dissertation, “Gender and the Crowd: Differential Effectiveness of Justifications Used by Entrepreneurs in Their Crowdfunding Pitches.”
Related topics:
Human Resources
Entrepreneurship and Startups
Diversity & Inclusion
Download & Print
Share
FACEBOOK
TWITTER
LINKEDIN
EMAIL

Santosh Srinivas' expertise are in the intersection between social assessments and entrepreneurship. In his dissertation, he examines and observes...