The Gig Economy: Who Really Controls the Accounting?

Platform companies like Uber, Airbnb and eBay represent a disruptive new economic phenomenon. Research by Dane Pflueger into the accounting that underpins these new organizations identifies a form that few accountants would recognize. 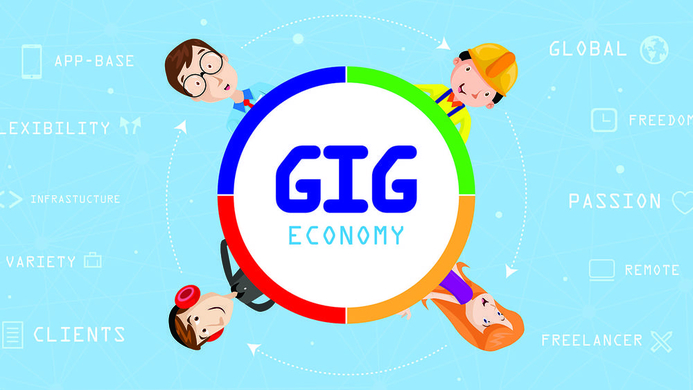 Platform companies like Airbnb, eBay and Uber are disrupting the economy. Collectively known as the gig economy, or the sharing economy, these companies act as mediators between buyers and sellers: “Platform companies are a new form of organization that act as both companies and marketplaces and create a new kind of space in which collective action is taken,” explains Dane Pflueger, co-author of a 2017 study into the implications of this recent phenomenon for accounting.

The platform owner has extraordinary power not because it has control over individual transactions but via the standardized terms through which all transactions flow.  Dane Pflueger, Assistant Professor of Accounting and Management Control

According to that study, accounting in platform companies differs in 3 significant ways from its traditional forms: 1) it connects rather than directly controls its users; 2) it generates rather than verifies facts; and 3) it exercises a new form of power through a system of rules (or protocol). The researchers term this new form of accounting as “evaluative infrastructure.

Accounting is more than a tool

Pflueger, Kornberger, and Mouritsen wanted to see how platform companies achieve the classical functions of accounting: communication, coordination and control. “In general, accounting is seen as a tool – it is like a hammer, something that is needed to achieve a task,” Pflueger explains. “However, with developments in technology, accounting is extending beyond and between organizations and has become a form of infrastructure.” The research team decided to explore this idea of accounting as infrastructure as fully as possible and delved into the literature of other disciplines to find out how the likes of geographers and anthropologists describe infrastructure. This led them to develop the concept of evaluative infrastructure to describe the accounting practices that enable platform organization.

Accounting in companies that are also marketplaces

“The use of many interactive devices such as rankings, ratings, reviews, and audits to establish orders of worth, makes them evaluative, and in providing the mechanisms for exchange on platforms and the flow of economic activity, they are infrastructures,” Pflueger explains. These companies face a common challenge: they need to coordinate production, assure quality and maintain consistency of standards without having any formal control over the objects produced or the producers themselves. To understand how evaluative infrastructure enables platforms to overcome these challenges, Pflueger and co-workers needed a case study.

“Getting information about platform organizations’ evaluation systems is not an easy task as the way it works and is used is often a carefully guarded secret,” Pflueger explains. “However, we did manage to assemble enough public information about eBay from its own publications as well as great investigative journalism and the discussion boards of its users to understand the development of its evaluation system.”

• Relational: It is a “contextualizing machine”: it links events, actions, behaviors, and clicks (left intentionally or unintentionally) in ways that allow for personalization and matching.

• Disclosing: It does not impose a pre-existing view of what performance, reputation, quality, and so on is. Instead, it looks for data points that can be put together to generate something stable enough to generate more clicks and transactions on the site, as traffic becomes a new kind of digital capital, like money or education.

The idea that accounting can serve as a form of infrastructure for the pathways and power flows that enable platform companies to exist and flourish is a completely new way of thinking. “Overall, eBay has a huge amount of power. It can change its terms of use and kick people off the site, based on its constituted protocol. But, it is a power that exists by virtue of distributing control to its millions of users,” Pflueger concludes. “Platforms have power, not because they tell us what to do, but because they own the protocol. This means that platforms have the most power over our lives when they are the least visible to us - when we think we are in the drivers’ seat.”

Trust and network effect most important success factors in sharing economy, con… [Forbes] How The Gig Economy Is Transforming Accounting... And Society

Pflueger says, “We need to remember that the organizations that take part in the gig economy are not traditional companies. They are both companies and marketplaces and are creating a new space where collective action is taken. The forms of accounting they develop to control this space will dictate and transform our experience of work and as a consumer.” Pflueger believes that the new ways in which power and control are exercised need to be understood by everyone. He states, “When we choose one or the other platform, we are essentially working as their accountants and auditors, and giving them their power. This is why it is important and exciting to see new competition between platforms. For every Uber today, there is a Lazooz. Choose carefully.”

Seeking to avoid the hierarchical orientation associated with accounting, Pflueger, Kornberger and Mouritsen turned their attention to the concept of infrastructure, as developed in a variety of fields, ranging from anthropology to geography. They leveraged conceptual developments in these fields to illustrate the way that eBay grew from a small hierarchical firm using traditional management accounting into a digital platform organizing hundreds of millions of transactions among its distributed users. The means of controlling and ensuring the quality, reliability, and so on of these millions of transactions is a kind of accounting that Pflueger and co-authors describe as “evaluative infrastructure”.
Based on an interview with Dane Pflueger on his paper “Evaluative infrastructures: Accounting for platform organization,” coauthored with Martin Kornberger and Jan Mouritsen, published in Accounting, Organizations and Society in 2017.
Related topics:
Management Control - Audit
Accounting
Operations Management
Download & Print
Share
FACEBOOK
TWITTER
LINKEDIN
EMAIL