The Global Enforcement of U.S. Law and its Implication for European Corporate Governance

The jurisdiction of US economic sanctions is far greater than many businesses realize. French banking corporation BNP Paribas recently agreed to pay the US government the astronomic amount of 8.9 billion dollars, for doing business in sanctioned countries such as Sudan, Iran and Cuba. In their study, David Restrepo Amariles and Matteo Winkler investigate what this means for the future of European corporate structure. 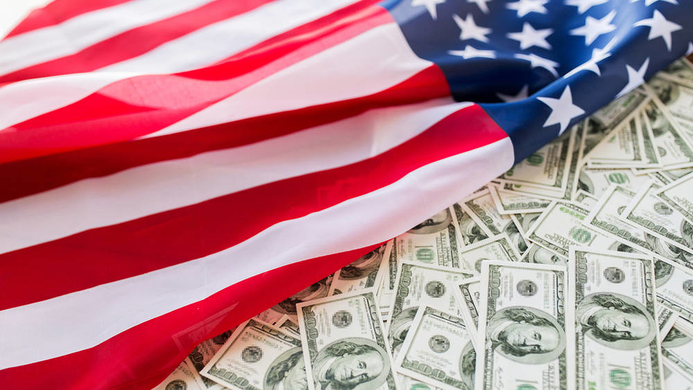 In 2014, the financial and banking world was shocked when BNP Paribas S.A. was forced to pay fines of $8.9 billion to the United States Department of Justice (US DOJ). And what was their crime? BNP Paribas, a French multinational banking firm, conducted business, through an agency in Geneva, Switzerland, with US economically sanctioned Sudan, Iran and Cuba. Winkler explains the significance of this as follows: “It is a huge bank conglomerate, with almost 200,000 employees and a 38.8-billion-dollar annual revenue. The amount they had to pay the US DOJ was unprecedented and is equal to the GDP of Haiti. The European Commission failed to comment on the legality of such fines. There was outrage in France, and shareholders felt the punch”.

Extraterritorial business is subject to US law

As lawyers, Restrepo Amariles and Winkler wondered if other firms had been similarly affected and whether they could subject this to proper analysis and track a pattern. They soon found that there are many cases of non-US firms paying huge amounts of money to the DOJ, or other US governmental institutions or agencies, based on violation of embargo measures. These were largely banks, including Swiss Credit Suisse, Dutch ABM AMRO Bank, and the UK’s Barclays and Lloyds TSB Banks. The team set out to understand why US law affects these firms and to find a solution to help them avoid such fines in the future. Winkler asks the question, “Why are these companies, based outside the US, conducting business transnationally and outside the US, affected by US law?”

The economic power of the US

Through analysis of previous cases, Restrepo Amariles and Winkler found that US law has a truly global impact on business transactions. Winkler explains, “For companies to make money, they need to trade through the US financial system. It is therefore a matter of global economic power. In addition, a key to understanding what makes the US so influential is the use of dollars. The dollar is the main world currency and is dominant economically”.  Any transaction made in a sanctioned territory eventually needs to go through a bank. Meanwhile, banks use clearing houses based in the US and, for this reason, are often US DOJ targets. “The countries under US embargoes should not have access to the US market. But, by transacting with them, the banks give them access to the US market via the clearing houses, and thus violate US law,” explains Winkler.

Many companies ignore US law or try to conceal their transactions based on the conviction that US law does not apply to them, or that the DOJ has no interest in their business. This is evidently wrong.

The importance of extraterritorial corporate compliance

Restrepo Amariles notes that their study focuses on economic sanctions. However, he uses an example of violation of the US Foreign Corrupt Practices Act (FCPA), to illustrate the extraterritorial application of US law, and how this influences the requirements for corporate compliance of non-US firms. “Siemens is a German firm that was fined by the US for paying bribes in Venezuela, among other countries. They had a hole in their corporate management structure, with corporate compliance not playing a big enough role. Now, this has been readdressed and the chief compliance officer or general counsel is often part of the board of directors. The mission of compliance officers is now to provide the company with an overall view of how to comply with regulations”. In Germany, this corporate restructuring is now commonplace, but Restrepo Amariles expresses concern that in France and many other European countries, companies have yet to develop and adapt the role of corporate compliance officers in response to this issue.

Transaction concealment does not go unpunished

The study has shown that companies lack a clear understanding of how laws can apply to them. They also appear to hold the belief that, if they are doing something wrong, they are unlikely to get caught out. “Behaviourally speaking, the problem is that most firms apparently think that transactions that go against US economic sanctions will not be detected by the US authorities. They act like children. They know that they are doing something wrong, but they don’t think they will be caught,” Winkler says. Legally, they are not under the jurisdiction of the US DOJ. And yet, there is a taskforce of prosecutors charged with the pursuit of firms in violation of US sanctions. When a firm is contacted by the DOJ, they need to negotiate an agreement, or face costly, lengthy and invasive legal proceedings. “Many companies ignore US law or try to conceal their transactions based on the conviction that US law does not apply to them, or that the DOJ has no interest in their business. This is evidently wrong.” adds Winkler. The fines paid by firms correspond to the value of transactions, or business made, in violation of sanctions. “For BNP Paribas to be fined $8.9 billion, they must have conducted hundreds of thousands of transactions with sanctioned countries,” explains Winkler.

Key to the matter is corporate culture. Restrepo Amariles and Winkler outline that corporate restructuring needs to occur in Europe. Corporate compliance officers of any company doing business transnationally need to be added to the board of directors to ensure compliance with all regulations, national and international. “We are seeing an Americanization of the compliance environment,” says Restrepo Amariles. “As soon as a company trades internationally, they must consider US sanctions. In some countries, businesses are resisting this, while in others millions are being invested to develop US-modelled compliance programmes.”

Restrepo Amariles and Winkler stress that their objective was to formulate policy recommendations for companies and compliance officers. “Company corporate culture needs to change to take into account the impact of US law,” Winkler states. “It would help if company lawyers thought out of the national ‘box’ and reason internationally in this globalized world. Firms also need to be more transparent and reduce the impact that an external, US appointed, company monitor might have when investigating their compliance”. &nbsp;According to Restrepo Amariles, “Companies need to look at technological solutions. Software is being developed that deals with compliance issues and can be used to verify that transactions are not made in connection with sanctioned countries or entities. Legal counsels and compliance officers need to take up the technological challenge.”

Restrepo Amariles and Winkler’s study focuses on European firms that have agreed to pay considerable amounts to the United States Department of Justice (DOJ) for conducting business in territories that are economically sanctioned by the US. They conducted an analysis of the implications this has on the corporate compliance of firms that are not based in the US and are doing business transnationally. In particular, they focused on the effects of these payments and the resultant change in corporate compliance policies.
Based on an interview with David Restrepo Amariles and Matteo Winkler, on their working paper "U.S. Economic Sanctions and Corporate Compliance” (To be published).
Related topics:
Law
Regulation
Governance
Download & Print
Share
FACEBOOK
TWITTER
LINKEDIN
EMAIL