Government vs. Technology: Trustworthiness and E-Government

While the issue of trust has often been consider­ed with regard to online commerce, Shirish Srivastava points out that it has rarely been studied in the context of e-government1. Yet the government context is highly significant, because people (and businesses) have no alternative but to deal with governments; they cannot simply take their business to a competitor! What does trust in e-government depend on? How do observ­ations about e-government translate to e-business? Srivastava and his research partners hypothesiz­ed that trust in both government and technology are critical to e-government success. But they discovered that the former is the most important factor. 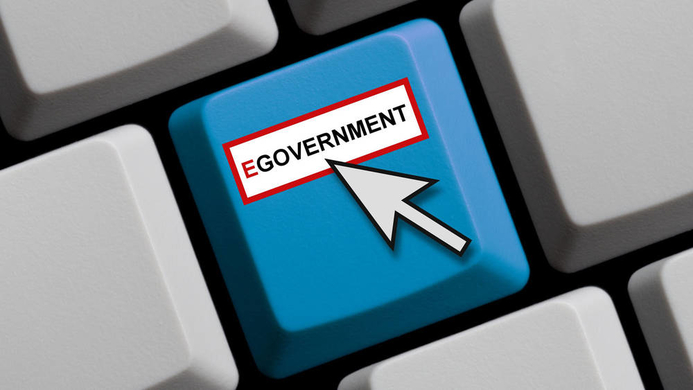 • Website information quality is the most critical factor for fostering trust in and continued use of an e-system.

• E-government offers many business advantages, including transparency, and quick and easy means to fulfill administrative obligations.

E-System use: a matter of trust

In Singapore, there is a government-run feedback unit where any citizen (person or organization) can voice opinions or make suggestions about national policies. The effectiveness of the system was demonstrated when the issue of casino legal­ization was presented to the public. Citizens were able to voice their opinions on the government website for a full year. As a result, they felt they had been heard, and their leaders were able to make a more informed decision. Microsoft makes use of a similar system, a “user’s forum” where people can report bugs and offer solutions. Both user and company benefit from this problem-solving system that reinforces customer/vendor trust and loyalty.

Information Quality: the Cornerstone of E-Government Use Srivastava and his colleagues examined the relative significance of information, service, and system quality on and the continued use of e-government systems. While service quality is important for “active user” satisfaction, the most critical factor for continued use of an e-system by both active and passive users is the quality of the information provided on the site. “Informational inconsistencies or errors are tantamount to broken promises; they are extremely harmful,” says Srivastava. Because the goal of any e-system is continued use, Srivastava advises both governments and companies to display information well, update it as often as necessary, and ensure its timeliness and relevance. “Some companies pay a lot of attention to technology and neglect backend processes. But customers are becoming increasingly sensitive to CSR, for instance; they are increasingly more interested in a brand’s trustworthiness than in its technological savvy.”

“Government is very important for business,” says Srivastava. “If government systems are efficient, businesses have much to gain.” For example, in Singapore, setting up a company offline means dealing with approximately 20 different government agencies, an obviously time-consuming endeavor. In contrast, it takes just 15 minutes to complete the same formalities online. Such ease and efficiency explain why many international corporations have their head offices in Singapore; it also gives companies a good reason to get involv­ed in the issue. Srivastava adds that governments are also business customers. In times of economic crisis, they increase spending to boost local and/or national economies, presenting obviously valuable business opportunities. But in Singapore, for instance, companies must get on the IT wagon to win government contracts. Most government units interact with their vendors solely online, whether collect­ing bids or placing orders. Srivastava comments, “e-government has been underrated, but it can remove a lot of business hurdles. Companies are starting to realize this and ask for it.”

1. In research, e-government refers to use of IT for interaction with citizens, including businesses.

2. Srivastava says numbers of active users of e-systems are increas­ing, so even though information quality is the most important factor for building trust, organizations mustn’t neglect to build trust for their technologies as well.

The researchers collected regulatory data for a sample of 119 global banks from 22 countries between 2014 and 2016. They obtained data on leading European banks from the European Banking Authority and data on large US banks from the Banking Organization Systemic Risk Report. But they had to crawl the individual websites of sample banks outside the US and the EU, including sites in Chinese, to gather data indicating systemic risk (including contagion, amplification mechanisms, etc.).