Governments have developed a wide range of initiatives and policies to support renewable energy generation as a key element of a low carbon future. At first glance, they seem to have worked, as renewable technologies have enjoyed significant growth. But new statistical analyses by Syed Basher, Andrea Masini and Sam Aflaki suggest more complex dynamics: policy is not the only driver for the increase in renewable energy technology development and application. 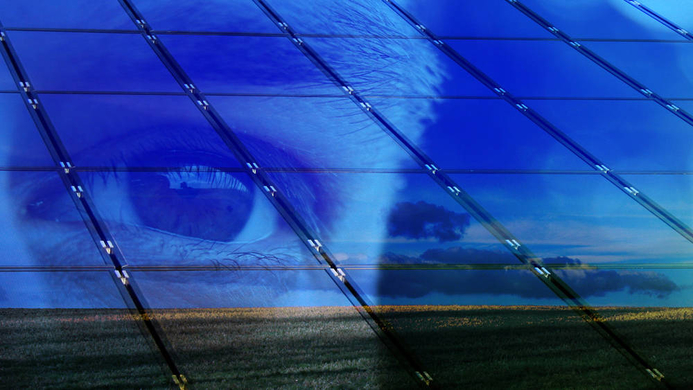 Governments and policy-makers all know that renewable energy helps to reduce overall carbon emissions and helps countries meet stiff targets in emissions reduction. Over the past decade, they have developed a variety of regulatory instruments and policy initiatives to promote and accelerate renewable technology development and application. “Feed-in-tariffs are a good example,” Andrea Masini explains. “Individual homeowners install solar panels on their roof and the excess electricity generated is fed into the grid.

The homeowner gets paid a premium price for it, subsidized by the government.” But as the case of feed-in tariffs demonstrates, many policy interventions have been costly. “Countries such as Spain have encountered financial problems as a result of policies that left them paying too much for renewable energy,” Masini adds. “Rather than blindly throwing money at the emissions problem, policy effectiveness needs to be evaluated.”

Masini and co-workers examined previous statistical studies and noticed that they did not take the intrinsic statistical properties of the data into account. “If the increase in diffusion of renewables over the last 20 years is endogenous, then diffusion will continue, although probably at a different rate, regardless of whether a policy is implemented,” he explains.

With this realization, Masini was concerned that if renewable energy technologies have a natural diffusion, simple statistical analysis will overestimate the impact of policy. He says it is like looking at the amount of food children eat and concluding that because they eat they grow, although children would naturally grow anyway at least to a certain extent. “With renewable energy technologies, how much of the market growth is natural and how much is a result of policy?” Masini asks.

People thought that by increasing the investment you would see an equivalent increase in technology penetration.

The search for natural evolution

Working in collaboration with Syed Basher and Sam Aflaki, Masini applied rigorous statistical tests on data from 19 developed countries between 1990 and 2012. The team analyzed how much renewable energy technologies contributed to electricity production in each country. Test results uncovered an interesting trend: a background increase in renewable technologies over time. “We found that the time series has a unit root.

For each country analyzed, the electricity generated from renewable sources naturally evolves and increases. It did not display what we call stationary mean-reverting behavior,” Masini explains. “We live in an age where increased awareness and concerns over global warming have led the population to naturally want more renewables and cleaner technologies – irrespective of policies and support given by government for those technologies.”

"Although the right policies accelerate the process, part of this penetration would have happened anyway as a result of other drivers, such as the desire of an increasing part of the population to adopt products and services of greater environmental quality. ”

The level of economic development in the countries studied should not be ignored, Masini warns. In the 19 countries scrutinized, where people’s basic needs – food, water, health and education – are fulfilled, people are inclined to demand better environmental services. “It would be interesting to repeat our analysis for countries with less advanced economies, where priorities are directed at economic growth and not environmental performance,” Masini notes.

“Our analysis also pooled all the renewable energies into one pot. A more refined analysis, looking at each renewable technology on its own, might reveal which technologies are most sensitive to policy intervention.”

Underlying renewable technology diffusion and the impact of policy

The presence of an underlying trend in renewables uptake implies that the impact of renewable energy policies is overestimated by common simple statistical analysis. The ramifications are serious.

“Be careful,” Masini warns policy analysts. “Because simple statistical analysis cannot be used to analyze the impact of policy on the diffusion of renewable. Technologies would diffuse even if the policies were not implemented, perhaps at a lower rate, but they would still diffuse. Policies are important and helpful, but they are clearly not the only way to support these technologies”.

A route for renewable energy deployment

“Policy makers need to wake up,” stresses Masini. “They need a coherent and more robust approach to assessing the diffusion of renewables and the impact of their initiatives.” He also suggests that the renewables market is more finely tuned than previously thought. The underlying natural growth in renewables means that any shock to the system that leads to a decline in renewables could have long-lasting, even permanent effects – it would be difficult to make up for lost time and develop policies to increase diffusion beyond the natural increase, he warns. In light of these findings Masini argues that policy should focus not on subsidizing renewables but on stimulating economic growth. “When the economy grows, people start to want better environmental services and cleaner technologies,” he says. “So economic growth will provide companies an incentive to offer more of these technologies, invest in research and development, and deploy environmental innovations.”

Using the IEA’s World Energy Balance dataset, Basher, Masini and Aflaki examined the contribution of renewable energy sources to energy production in 19 OECD countries (EU-15, plus Australia, Canada, Japan and the US) from 1990 to 2012. They performed individual and panel unit root tests to investigate the time series properties of the contribution of renewable energy to the energy mix. This statistical approach revealed an intrinsic property of the data generating process underlying the renewable energy technology diffusion, which was neglected in previous studies.
Based on an interview with Andrea Masini on his paper “Time series properties of the renewable energy diffusion process: Implications for energy policy design and assessment”, co-authored with Syed Basher and Sam Aflaki (Renewable and Sustainable Energy Reviews, 2015).
Related topics:
Energy
Technology
Operations Management
Sustainable Development
Download & Print
Share
FACEBOOK
TWITTER
LINKEDIN
EMAIL