As far removed as they seem to be from executive boardrooms, civil rights campaigners and environmental activists influence corporate strategy. By shaping social values, and thus the external environment in which firms operate, social movements can not only be a driving force behind corporate social initiatives, they can even work to guide firms into new areas of business. 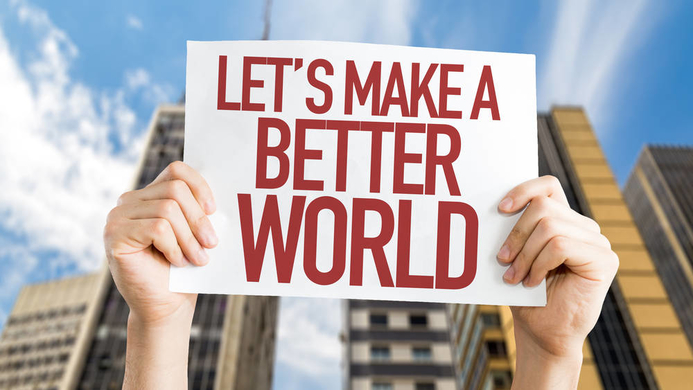 In a 1970 essay for the New York Times Magazine, Milton Friedman, America’s most famous free-market economist, argued that, “The social responsibility of business is to increase its profits.” And yet, companies increasingly engage in activities that are not purely about making money, with all sorts of corporate initiatives aiming to contribute to health, education or environmental protection.

From large mining companies' projects against malaria and distributing scholarships to local students to Starbucks' and other coffee companies fair trade policies, examples of what has been labeled “corporate social responsibility” abound. Indeed, as states have gradually become unable or unwilling to do so, businesses are increasingly perceived as responsible for addressing social issues. But how does social pressure change the way business is done? Panikos Georgallis, now a research fellow at the University of Michigan in the US, examined the influence of social movements on business and corporate strategy for his Ph.D. at HEC Paris, and followed up with an article that looks specifically at social movements and corporate social initiatives.

The rise of social movements

Why in the first place should social movements be linked to corporate social initiatives, or more generally to corporations? “The tradition in social sciences has long been to study how such movements identify unjust practices, then target the state so that it enacts policies,” says the researcher. But state power has become weaker with the deregulation and globalization of the past three decades, while corporate power has increased — and not just in the Western world where deregulation began: “By addressing companies directly, bypassing the state, social movements have been successful, sometimes at least, in bringing more attention to issues (if not in bringing about social change).” Besides, as he writes in his essay, social movements are driven by ideology, and “a vision of society cannot but include economic life”. Hence the expectations around corporate policy that firms respect gender equality and treat men and women equally, limit activities that are harmful to the natural environment, and so on.

Ideological shifts manifest not only in society at large, but also within corporations.

How do social movements push firms to engage in activities that further some social good (or at least appear to)? In his article, the researcher identifies mechanisms at three different levels, mechanisms that of course do not function independently but rather interact.

Firstly, SMOs (social movement organizations) shape the organizational field in which firms operate (the business environment). They bring issues to the forefront of the public agenda and shift the expectations of critical stakeholders such as consumers, investors, the general public, legislators, and so on, who together give firms what Panikos Georgallis calls “a social license to operate”. Without that license, a firm loses its legitimacy, which hurts business. “Take the huge oil company BP. After the Deepwater Horizon disaster, during which it was seen as having violated social norms, its share price dropped,” notes the researcher, adding that such damage is very hard to repair. He says that legitimacy is even more salient with consumer goods, citing Nike's issues with labor practices in Asia. “Not only must you have a reputation for good products, your strategy must be acceptable to society for consumers to buy and for analysts to recommend your shares.”

Secondly, activists may also operate at the organization level, targeting a specific firm through public demonstrations, civil lawsuits or other forms of direct action. As Georgallis writes, “The ability to shape companies' reputation is one of the most important weapons in activists' arsenal.” Such action directly impacts bottom lines. He also cites shareholder activism, by which an activist may raise issues within a company using equity, as a less common, but growing, form of pressure.

Thirdly, ideological shifts manifest not only in society at large, but also within corporations. The attention that managers assign to issues, as well as their assessment of feasibility and urgency of social initiatives, are likely to be influenced by social movement activity. As the values of managers change — such as, for example with the increasing weight of environmentalism over the years — so do firm behaviors.

In his Ph.D. dissertation, Panikos Georgallis also took a closer look at one less-studied aspect of activism, whereby SMOs induce firms to operate in new areas of business, rather than simply trying to drive them away from others. There are many collaborative, rather than confrontational, ways that activists can guide firms into new fields. Taking the example of renewable energies (already an area of personal interest to the researcher), Georgallis reveals how environmentalists worked to induce demand and build a market for firms to enter: “In several European countries, Greenpeace campaigners convinced households to install solar panels, or gathered signatures of supporters who said they would purchase some once the tariffs were more affordable.”

This not only showed companies that the photovoltaic industry was a viable one, but also shaped public policy. “It's no coincidence that the first countries to support renewable energy were those with strong environmental movements, such as Germany for solar energy and Denmark for wind energy.” Of course, as he points out, social pressures produce more effects when relevant to the company's core business. “Social signals about renewable energies won't matter much to Procter & Gamble: they'll matter more to energy companies... if they call themselves so, like Shell or BP, who were among the early entrants in the photovoltaic industry, but not Exxon, which has a harder stance as an 'oil' company.”

A main finding from both of Georgallis’ works is the embeddedness of firms within society. “They don't operate in a void,” he says, adding that an interesting effect of activism driving firms into new areas of business is the way this creates diversity in industries. His work is a natural fit for HEC Paris 'Society and Organizations Institute' (S&O), where he prepared his thesis (two chapters of which were co-written with the academic director of S&O, Rodolphe Durand).

This stream of research offers evidence that social movements can exert substantive impact on companies' behavior, as they shape both peripheral activities (such as their social initiatives) and more fundamental strategic decisions (such as expansion decisions). Managers must pay close attention to the expectations of civil society, and analyze how these expectations impact the business landscape by, for example, informing public policy, shaping competitors reactions, or inducing demand for new products. The increased intervention of social movements in markets suggests that ignoring these actors is dangerous for companies' reputation, legitimacy, and eventually for their bottom line.

Panikos Georgallis was a HEC Paris PhD student and is now a fellow at HEC Paris Society and Organizations Center and a an Assistant Professor of...