How to Enhance the Deployment of Innovation in a Multinational Corporation

When developing innovations, multinational corporations (MNCs) are faced with two risks: create global offerings that cannot meet all of the different local needs or create very specific offerings that meet the variety of needs but lead to increased costs. According to Sihem Ben Mahmoud-Jouini and Florence Charue-Duboc (CNRS-Ecole Polytechnique), however, a third path exists. They identify key factors that balance global integration and local adaptation and thus enhance the deployment of the innovation across the subsidiaries. 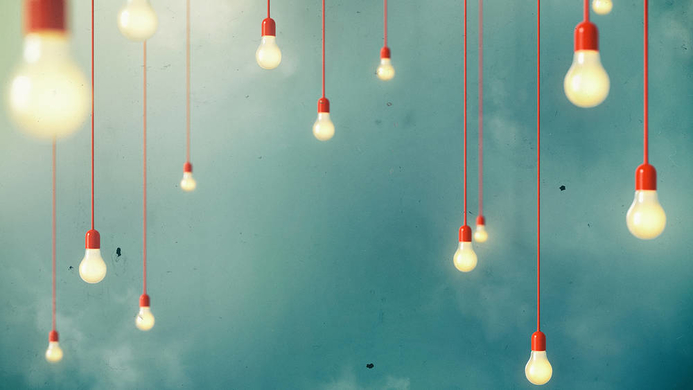 The globalization of markets has led MNCs to set up operations in increasingly diverse countries. In the face of this market variety, the traditional approach of transferring innovations developed at headquarter laboratories to subsidiaries has revealed its limits (innovations diffuse often little and/or very slowly because they are not adapted to the local context of the markets). A more recent approach used by some companies has been the reverse innovation processes. Innovations are developed specifically for local markets (especially emerging ones), then transferred in a second phase to subsidiaries that are generally part of the company’s historic markets. No matter the innovation, whether corporate or local, the question of its diffusion within multinationals is critical.

“It is not about diffusing innovations, but rather it is about deploying them by gradually adapting them while they are being commercialized and, simultaneously, seeking mutual benefits between subsidiaries.” The notion of deployment put forward by Ben Mahmoud-Jouini and Charue-Duboc highlights the changes of the innovations, as they are successively marketed in different local contexts requiring a specific adaptation each time. Such a deployment can be slow and geographically restricted; for example, some innovations take 12 to 15 years to reach only four or five subsidiaries. The challenge is considerable. How can multinationals promote faster innovation deployment on a broader scope? To answer this question, the researchers highlighted four critical success factors.

The innovation deployment champion is a critical player in the success of the deployment: he acts well beyond the initial market launch for which he was commissioned. He complements the role of the project development leader. During successive launches, he progressively develops an acute understanding of the benefits valued by customers and the technical adaptations. He thus guides subsidiaries that adopt the innovation by providing them with commercial, technical, and economic support.

The second critical factor is a network of local experts involved in the various launches. It is established and animated by the innovation deployment champion in order to adapt the innovation to the different local contexts and to implement the required changes. The innovation deployment champion develops an internal community of practices distributed among the subsidiaries on both technical and commercial dimensions associated with the innovation.
The network can also involve partners external to the MNC that are locally established and are close to the MNC customers. These are complementary players such as the manufacturers of equipment that uses the product supplied by the MNC. Co-development relationships with these local players promote the adaptation of the innovation to different local contexts.

The specific role of the first subsidiary

Finally, the profile of the first subsidiary that launches the innovation is critical for its further deployment. In general, this subsidiary is relatively large with innovative capacities and a strong presence in its market. It faces the first difficulties of implementing the innovation, and the deployment champion often belongs to it. This subsidiary has the staff, skills, and resources to temporarily dedicate an actor to the innovation. It also benefits generally from close proximity to corporate R&D centers. On the other hand, the newest subsidiaries, located in emerging markets for example, which are smaller and have fewer resources, are often the last to adopt innovations. However, they could provide opportunities to experiment with innovations in a less risky and more visible way.

The factors that contribute to faster innovation deployment on a broader scope are linked to the circulation of tacit knowledge (complementing previously identified factors such as sales pitches associated with explicit knowledge). They highlight roles that do not appear in organizational charts and call for the building of communities around innovations that include external partners. These factors also underline the importance of supporting subsidiaries in the adoption of innovations. These conclusions are significant to all MNCs seeking to promote a wide adoption of innovations by subsidiaries and simultaneously to control associated risks.

Sihem Ben Mahmoud-Jouini and Florence Charue-Duboc conducted an in-depth study of five innovations developed within a firm (Air Liquide) either by subsidiaries or by the internal R and D. The analysis focuses on the commercialization of these five innovations in several subsidiaries over time. The authors inductively identified four critical factors that favor the broad and rapid deployment of innovations in MNCs. These factors enable the adaptation of the innovation rather than their transfer and diffusion within the MNC.
Based on an interview with Sihem Ben Mahmoud-Jouini and the article “Global organization of innovation processes,” published in Management International, Vol.18, November 2015.
Related topics:
Technology and Innovation
Operations Management
Information Systems
Download & Print
Share
FACEBOOK
TWITTER
LINKEDIN
EMAIL

Florence Charue-Duboc is professor at Ecole polytechnique chair of the department of innovation management and entrepreneurship and research director...