How France’s Commercial Courts Stay Relevant Through the Centuries 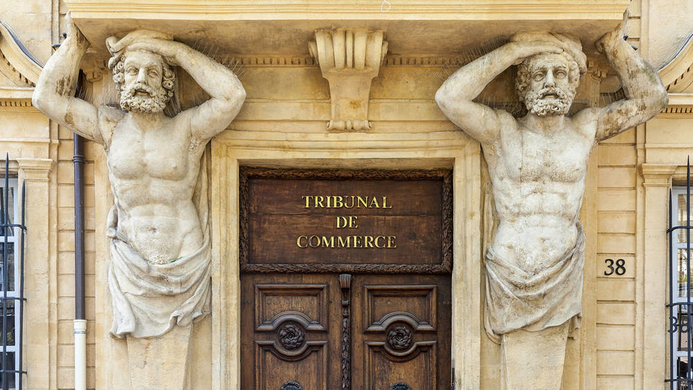 The answer lies in France’s ancien regime. In the 1560’s, Michel de l’Hospital proposed that tradespeople should settle their own disputes in separate courts not overseen by standard magistrates of the law. In these courts, judges were not officials trained in law, but tradesmen elected by other tradesmen to settle commercial disputes. Today, at the Tribunaux de commerce (1st degree commercial court), the elected positions remain voluntary and unpaid. “The initial idea for this is thought to come from the systems set up in Italian market fairs or exchanges in the 13th century. These merchant marketplaces had their own bodies in place to settle disputes and did not rely on official law courts,” Stolowy explains. “Commercial courts even survived the disruption of the French Revolution because they met the revolutionary spirit’s democratic ideal.”

Commercial law based on practice not theory

Electing peers to act as judges means that they are more aware of the specific needs of plaintiffs. “The judges are very involved as they are working within their specialization. They take on this role in addition to their day job and have deep understanding of the hurdles that a manager or company might encounter.” In other courts, judges are trained in law but may move between different fields and have less specialist knowledge. “Those that work in commerce are aware of the relevant habits, or unwritten rules, and the official rules encountered within the field,” Stolowy notes. “Commercial rules come from practice rather than theory, as is seen in other fields such as civil law. This makes it a very applied law, which is why commercial law players (companies, shareholders, managers, and so on) find it appropriate to elect judges from their world who know the rules.”

Electing peers to act as judges means that they are more aware of the specific needs of plaintiffs.

The proof is in the appeal rate

To evaluate the efficiency of France’s commercial courts, Stolowy carried out a statistical analysis of the appeal rates in different law courts in France. “The appeal rate is a direct measurement of court efficiency,” she explains. “If fewer appeals are made following judgment, this shows greater level of satisfaction in the outcome of proceedings.” She found that the rate of appeal in commercial courts is just over 13%. This is less than the rate seen in Frances district courts and half that in the labor court (even though this court also uses lay judges). The rate of commercial court rulings overturned on appeal is also much lower in commercial courts. In addition, on average, the appeal procedure in a commercial court will take less than six months whereas in a labor court it can exceed a year. In brief, this unique form of court shows unprecedented efficiency in France. “Low appeal rates mean that there is satisfaction in the decisions made,” Stolowy notes. “Our results show how relevant commercial courts are after four hundred years. And they can be expected to so in the future too.”

Judges that are experts in commerce

“Commercial courts in France are quite unique but they have stood the test of time,” Stolowy concludes. “Invariably managers choose very often to settle disputes in commercial courts and don’t use private arbitrators. The commercial courts are free and organized by the state. History has demonstrated that they work, and they continue to be relevant to commercial needs. This can be partly attributed to the fact that the judges are not full-time career judges. They work in business, are well versed in the rules of commerce and can find efficient legal solutions to the issues raised in commercial courts. As commerce changes over time, so do judges and their knowledge of commerce. In this way, the judges and the court stay relevant.”

“Commercial courts in France are an example of justice by ordinary citizens. They are very efficient because of their peer elected un-paid judges. It is a very applied law, so similar systems could be adopted in other applied fields – like maritime law,” Stolowy suggests. “France’s system could also be adopted by similar courts in foreign countries.” However, in France’s commercial courts the law is codified, while, in other countries, law is often based on precedents. To adopt a commercial court system similar to France’s, therefore, laws might need to be adapted before they could be implemented.

Stolowy’s study was based on an extensive literature review of the legal history of commercial courts in France. She focused on the parliamentary debates surrounding these courts and their appointment of lay judges, trained in commerce and business rather than law. By looking at the statistics available in the literature, Stolowy determined the success of French commercial courts, comparing the number of appeals made following judgments with those made in labor and district courts. Fewer appeals imply greater level of judgment acceptance, and a more efficient court. When compared to labor courts, Stolowy found that the appeal rate in commercial courts is 50% less.
Based on an interview with Nicole Stolowy, on her paper “France’s Commercial Courts: Administration of Justice by Ordinary Citizens” (Journal of Business Law , 2017), co-authored with Matthieu Brochier.
Related topics:
Law
Download & Print
Share
FACEBOOK
TWITTER
LINKEDIN
EMAIL