Noémie Pinardon-Touati, newly Assistant Professor at Columbia University and holder of a PhD in Finance from HEC Paris, investigates how governments affect the economy, with practical implications for policymakers. In this interview based on her research, she explains how the increase of local governments’ reliance on bank debt adversely affects firms, and thereby hinders growth. 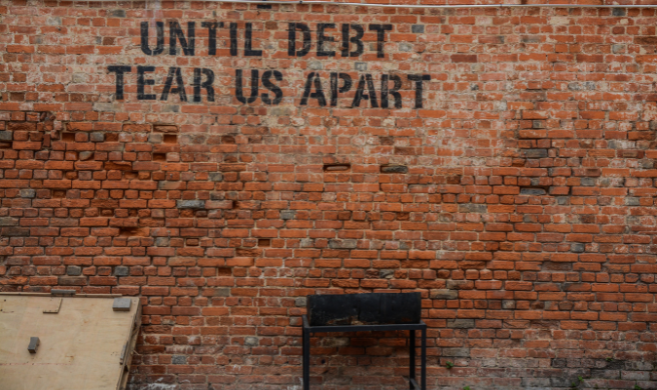 Can you tell us about the different research you’ve been working on in the last years?

I have studied how the mode of financing of government expenditures affects firms: I have shown that local governments’ increased reliance on debt to finance their expenditures adversely affects the private sector via a crowding out effect. I have also investigated the rationale for government intervention in the corporate sector and the consequences on firm behavior. I have approached this question by studying a specific class of public policies: those aimed at fostering firms’ access to finance. Namely, I analyzed a credit mediation program aiming at solving disputes between firms and their bank creditors. Finally, I have looked at the political factors affecting the interactions between governments and private sector agents. I have for instance documented a reciprocal favor scheme between local politicians and private banks in France [find this research covered by the French press and on Noémie’s website here]

I have always been interested in better understanding how the size and scope of government affect society and the economy. Economics provides a number of powerful concepts and methodologies that are useful to apprehend this question, and that complement well what we can learn from other social sciences. In addition, this type of research typically provides direct policy implications; and it is important to me to feel that my research is not only relevant from an intellectual and academic perspective, but also can have useful practical implications.
In your main dissertation, “The Crowding Out Effect of Local Government Debt: Micro- and Macro-Estimates”, you study the interaction between public policy and behavior in corporate finance.

What do you find?

Government expenditures are increasingly financed by debt, driving a large increase in government indebtedness over the last four decades. In addition, in large developed and developing countries, local government debt mostly consists of bank loans (the U.S. being an exception). In this paper, I show that local governments’ increased reliance on bank debt to finance their expenditures adversely affects the private sector via a crowding out effect. That is, because the supply of financing is not unlimited, an increased loan demand by local governments reduces the supply of financing available for firms, and thereby hinders growth.

An increased loan demand by local governments reduces the supply of financing available for firms, and thereby hinders growth.

Using French administrative data over 2006-2018, I uncover a crowding out effect of local government loans on corporate credit, investment, employment, and output. Combining causal reduced-form evidence and a model, I show that crowding out reduces the output multiplier of debt-financed local government spending by 0.3. This is large, as typical debt-financed multiplier estimates range from 0.5 to 1.9. Crowding out is driven by banks' limited ability to expand their credit supply. These results show that constraints on financing supply limit the ability of debt-financed government spending to stimulate the economy.

What do you recommend to policymakers making their debt decisions?

The first implication of my paper is that crowding out is economically significant and that this effect should be taken into account by policymakers making their debt decisions. The second implication is that the mode of financing of government debt matters. Crowding out is more severe when governments borrow from more constrained lenders (for instance small or leverage-constrained banks). Conversely, one can minimize the crowding out effect by issuing government debt in the form of bonds on deep international capital markets.

Congratulations for your new position as an Assistant Professor at the Economics Department at Columbia University! What are your new research projects?

I intend to keep on working on the interplay between government intervention and corporate financial and real behavior. One new topic I am excited about is Corporate Social Responsibility (CSR). Parallel to the expansion of government intervention in the corporate sector, societies’ demands for CSR tend to shift roles traditionally assigned to governments (limiting negative externalities, contributing to public goods) onto the corporate sector. In an ongoing project entitled “Corporate Social Responsibility and the Private Provision of Public Goods: Evidence from India”, I study the consequences of this trend in India, which became the first country to legislate on CSR in 2014. According to the new statute, firms above a certain size must spend 2% of their profits on CSR. I use this context to shed light on the welfare effects of mandating private, decentralized agents to contribute to public goods.

What do you remember from pursuing a PhD at HEC?

HEC is a great place to pursue a PhD. If I had to pick one, I would say that the most exceptional aspect is the time and effort that faculty members devote to PhD students. I am immensely indebted to my advisors, the finance faculty as a whole, and the HEC institution more broadly for conducing such a supportive research environment.

Interview of Noémie Pinardon-Touati on the essay from her dissertation that was selected as a job market paper, “The Crowding Out Effect of Local Government Debt: Micro- and Macro-Estimates”. Find the paper on Noémie’s website here. Noémie's dissertation was awarded the Engelbert Dockner Memorial Prize for the Best Paper by Young Researchers from the European Finance Association (EFA). The EFA edits the highly competitive Review of Finance (with an acceptance rate of 4.7%). Now Assistant Professor in the Economics Department at Columbia University, she explains her research as well as her choice of HEC to initiate her research career.
Related topics:
Finance
Download & Print
Share
FACEBOOK
TWITTER
LINKEDIN
EMAIL