How Should We Decide in the Face of Uncertainty?

How should governments decide in the face of radical uncertainties, such as those concerning climate change, energy policy, genetically modified organisms and nanotechnologies? How should managers and investors plan in the face of the considerable economic, geopolitical and environmental uncertainties that impact the success of their projects? 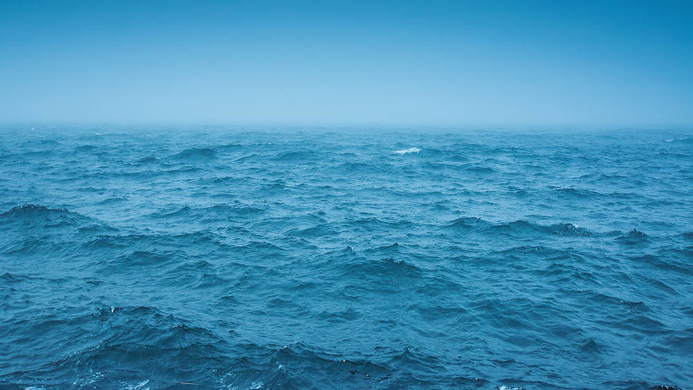 The decision sciences have made great improvements over the past decades in our understanding of how people make decisions involving uncertainty. By contrast, little progress has been made on the normative question: how should people choose in the face of uncertainty? And yet, the established paradigm around this question – developed by philosophers, economists and statisticians in the middle of the last century, and often called Bayesianism – seems incapable of coping with the toughest uncertainties facing us today.

An on-going project, led by Brian Hill at the HEC Paris-CNRS Decision Sciences laboratory and partly funded by the French Agence Nationale de Recherche (projet DUSUCA), deals precisely with this normative question. To do so, it has been involved in developing, defending and promoting a new model for decision making in the face of uncertainty, based on a notion that has been largely neglected to date: confidence.

The role of confidence in decision-making

Uncertainty denotes a lack of knowledge or sufficiently strong belief. Any incorporation of uncertainty into a decision involves a consideration of what the decision maker can justifiably believe. Beyond the fact of holding a certain belief, one can be more or less confident in it. People seem to be more confident in certain beliefs than others; compare, for example, investors’ confidence in their beliefs about the performance of a certain stock in a familiar market with how sure they are about their opinions concerning a market with which they have no experience. The level of confidence in beliefs seems to play a significant role in decisions.

Ideally, one would like environmental policy decisions to be based on judgements about which we are fairly confident (in view of the evidence accumulated by decades of research, for instance), rather than on mere hunches (for instance, the uncorroborated hunch that the issue of climate change is Chinese conspiracy).

In a series of papers, Brian Hill develops a model of decision making that incorporates the degree of confidence in beliefs. It does so according to the maxim that the more important a decision is, the more confidence is required of a belief for it to be used in making that decision. In other words, hunches can be used for unimportant decisions, but when the stakes are high, one should only rely on beliefs in which one has considerable confidence.

I see the climate change example as a strong case study for the model that we have developed.

Confidence, and how you should decide in the face of uncertainty

Economists and philosophers have evoked various considerations to evaluate the normative credentials of  decision-making procedures. Many are based on abstract mathematical results that reveal whether a prima facie reasonable procedure leads decision makers to make embarrassing decisions in certain situations.

Several published and some more recent papers, developing intra alia results of this sort, make the case that Brian Hill’s theory of decision making and confidence provides a reasonable account of how one should go about deciding. These investigations suggest that his proposed decision-making model and its incorporation of confidence in beliefs has significant advantages, as a normative account, over other existing proposals in the literature.

Recent and current work has focused on connecting Brian Hill’s theory of decision making with real-life decisions in the face of severe uncertainty. Perhaps one of the most striking examples is climate policy. The Intergovernmental Panel on Climate Change (IPCC) periodically summarizes the present state of scientific knowledge about climate change and its impacts. The main goal of this exercise is to inform environmental policy making. However, the IPCC uses a specific technical language for conveying uncertainty, which people do not seem to know how to connect to existing decision-making processes. Certainly, it is unclear that policy makers are making full and proper use of the information provided to them in the IPCC’s reports.

According to Brian Hill, however, his decision-making model is particularly well-suited to harnessing the information supplied in these reports. “I see the climate change example as a strong case study for the model that we have developed,” he explains. “Our model can use all of the information provided in the IPCC’s reports without needing any more. This is not the case for other existing models: either they cannot process parts of the information the IPCC provides, and so have to ignore them, or they require something that the IPCC does not supply. To be more specific, some approaches reserve no role for confidence in beliefs, and so are too simple to take into account the confidence information provided by the IPCC. On the other hand, models that are rich enough to represent a confidence dimension assume that it takes precise numerical values, without which the models cannot be applied.

However, the IPCC provides no such numerical values, instead using a qualitative 5-point evaluation of confidence levels, ranging from very low to very high. Indeed, the philosophy behind our model is in line with the IPCC’s thinking on this issue: there seems to be no non-arbitrary way to characterise with a precise number the confidence level that the current state of scientific research warrants in a given finding when it comes to climate change – especially when this research involves a range of scientific studies, in different disciplines, with different data, different methodologies, and perhaps even different conclusions.” Joint work with colleagues at the LSE suggests that Brian Hill’s model is the first developed that can deal with the kinds of important decision-making inputs provided by the IPCC reports. In this way, it also vindicates the IPCC’s technical uncertainty language as normatively justifiable, by showing that it fits well into a reasonable decision-making procedure.

Brian Hill concludes that the model’s appropriateness in regards to climate change suggests that it could be applied to other decisions that must be made in the face of uncertainty. “The IPCC represents one of humanity’s biggest efforts to document the level of  knowledge and uncertainty on an issue, and our model provides decision makers with an ideal way of harnessing the incredibly complex and rich information they supply. This suggests that the approach can make valuable contributions to other decisions under severe uncertainty, across a wide range of situations and sectors.”

Brian Hill is Research Director at the French National Centre for Scientific Research (CNRS), member of the GREGHEC laboratory (CNRS-HEC Paris), and...