Do international sanctions that are imposed with the intention to improve the human rights situation in the targeted country always lead to better human rights? No, according to Professors Armin Steinbach, Jerg Gutmann, Matthias Neuenkirch, and Florian Neumeier, who have studied empirically the legal proportionality test. Their results cast doubt on the lawfulness of many trade and financial sanctions imposed by the US, the EU and other countries – an insight that might extend to many of the sanctions in place today. 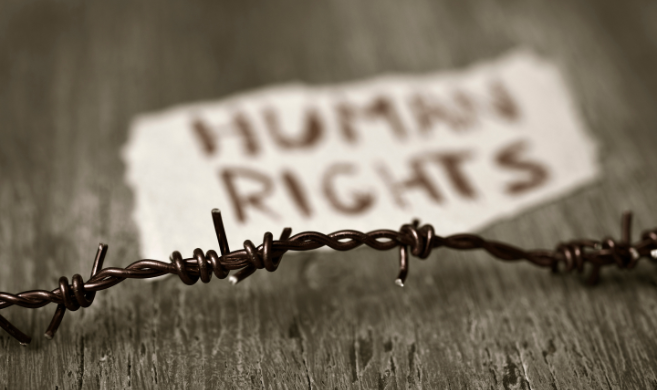 Sanctions are a popular tool of economic leverage to conduct foreign policy. However, economic sanctions are controversial because they often go along with damage to society. Take, for example, Haiti, Iraq and Iran as countries that have been targeted by sanctions because governments in these countries suppress citizens or curtail human rights. These sanctions fall into the category of sanctions that seek to improve human rights in the sanctioned states.

Sanctions must be proportionate to be lawful

Critics of sanctions argue that sanctions are not effective, because they do not improve the human rights situation even if intended to do so. Rather, according to the critics, sanctions make society worse off. This argument has been frequently raised by political scientists and economists. If this argument is true, it becomes a legal problem, as sanctions must be proportionate in order to be lawful. The legal proportionality test is twofold. First, sanctions must pass a ‘necessity test’. They must be effective at achieving their goals in the sense that sanctions must generally be suitable to promote the goal of the sanction, i.e. to improve the human rights situation in a given country. In other words, measures that are not effective and do not promote the goal are not ‘necessary’ and hence unlawful. Second, even if sanctions are effective, the sanctions may only impose harm that is proportionate to their goal. This means that if sanctions, even if they improve the human rights situation in the target country, cause tremendous damage to the target country, the proportionality is in question.

Our goal is to evaluate the empirical premise underlying the judicial proportionality assessment of economic sanctions – it is an interdisciplinary exercise because the law builds on empirical observations regarding the effects and effectiveness of sanctions. To that end, we study all US sanction episodes between 1976 and 2012 comprising a dataset of 235 sanction-years and 34 targeted countries.

Many sanctions worsen the human rights situation despite opposite intention

We find that countries targeted with sanctions to improve their human rights protection experience a deterioration of certain human rights.

Smart sanctions are not smart

Fourth, we explore smart sanctions. Many scholars view smart sanctions (like travel restrictions on leaders, financial or diplomatic sanctions) as the solution to the problem of negative side-effects of sanctions. If sanctions are imposed on a country’s elite rather than the entire society, undesirable harm can be avoided. Smart sanctions are then viewed to be more proportionate than other sanctions. However, counterintuitively, we find that targeted sanctions do not perform better regarding their human rights effects than non-targeted sanctions, which casts doubt on the benign proportionality judgment of the former.

Finally, our quantitative evidence shines a spotlight on the role of statistics for the study of sanctions, proportionality, and international law more generally. Law is a normative science, and empirical input is not easily integrated. We want to show that the transfer of quantitative insights is particularly valuable where it illuminates the empirical premises underlying normative judgments, like in our case with ‘proportionality’. We need to better understand the empirical effects of sanctions in order to judge whether sanctions are lawful or unlawful.