The Luxury Market: A Development Opportunity for the Nomads of the Tibetan Plateau?

Year after year, the economic situation of the nomads of the Tibetan Plateau deteriorates. In response, the Norlha project, which means “providence,” was launched in 2006. It aims to add value to yak wool by creating very high quality products for the luxury market. Anne Michaut reveals how the luxury market can help to provide outlets for handicraft and improve the standard of living of poor populations. 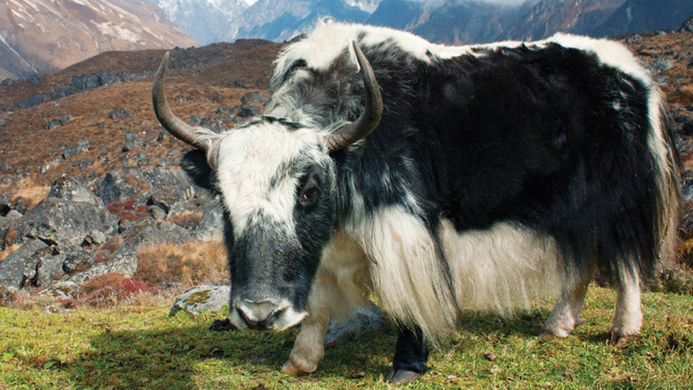 Since 1950, pastoralism has intensified in the Tibetan plateau. Sheep and yaks have become so abundant that they have permanently polluted rivers. Overgrazing has led to desertification, resulting in an increased risk of flooding. Nomadic pastoralists have become China’s poorest population, now unable to afford even the yak wool that they wove for centuries. Traditional knowledge has almost disappeared alongside a rural exodus.

In this context, three people came together in 2005 to create Norlha: Kim Yeshi, an anthropologist specialized in Tibetan culture and Asian textile; Jean-Marc Guesné, a graduate of HEC’s Masters in Sustainable Development; and Jean-Pierre Martial, former manager and founder of “Artisans d’Angkor,” a Cambodian arts and crafts company that preserves local traditional knowhow and employs 1,000 people. They were convinced that the redevelopment of yak wool could create new social, economic, and environmental value.

Norhla, an integrated project of economic and social development

At the time, the founding team gave itself four objectives: to provide well-paid work to nomads; to prevent rural exodus; to improve cattle management and valorization of raw materials; and, finally, to address desertification and river pollution. They believe that this initiative could have long-term impact on the Tibetan nomadic community as a whole. But first, a pilot project that can be duplicated must prove its sustainability. In 2006, the three founders decided to launch the project in the village of Zorgey Ritoma, situated at an altitude of 3,200 meters in the Amdo region.

The village has 1,500 inhabitants, 10,000 yaks, and 25,000 sheep. Guesné, who took the lead of the project, imagined a solution of territorial, economic, social, and political integration. He created a company to manage the project and founded the ZAAMA association to represent the interests of village nomads and to facilitate financial support from donors. Meanwhile the Chinese government built a new road to the village.

A first team was trained in Cambodia in khu processing techniques (see box “The key role of yaks in the Tibetan plateau culture”) by the Artisans d’Angkor, and then received additional training in Nepal. Back in their village, they trained in turn 60 future employees. In November 2007, after the harvesting of khu and khullu, a gray and beige material that is more rare and of superior quality, the workshop was ready for production. Contrary to expectations, the workshop proposed a first collection of high quality weavings as early as December.

Big companies often decide to manufacture products at the lowest cost by employees who are the “bottom of the population” (BOP). But in this model, it is the workers themselves who run production and make the decisions. They are able to generate enough profits to pay salaries and develop the workshop.

The quality of the textiles, the scarcity of raw materials, the knowhow of craftsmen, and the beautiful story of Norlha make for a sound marketing strategy. The demand for these superb materials continues to grow steadily. However, market access is a challenge. Initially, direct sale to end-users would have been too expensive. Norlha thus opted for business-to-business distribution, selling to big luxury brands like Yves Saint Laurent or Antik Batik in France.

In terms of economic and social performance, the project has been a success: employee salaries are higher than the average in the region, the number of employees is increasing, and sales and net profit are constantly growing. In environmental terms, the size of the herd has not yet decreased enough to make a significant impact, but mutual contracts for herd size reductions are being introduced.

Today, Norlha is seeking to build its brand in Europe, the United States, and Asia. The shift to a business-to-consumer model is being facilitated via collaborations with advertising and press agencies. Finally, the next step is to figure out how this very small-scale project can grow while maintaining its business model.

The key role of yaks in the Tibetan plateau culture

Yaks have always provided milk, leather, fuel, and wool to local inhabitants. The wool is made from a brown fiber that the nomads call khu, which is a thick extra layer of hair for winter that is shed in the spring. Khu is located under the rough black hair of the animals.

HEC conference and Roundtable at 1.618 Sustainable Luxury HEC Luxury Certificate From manufacturing to global brand development: HEC Paris students get to the h… A New Think Tank to Drive the Future of Luxury

The Norlha project inspires different ways of seeing the luxury business model and opportunities for artisanal production. Significant margins in the luxury market can finance socio-environmental projects. Another advantage of this approach is that collaboration with luxury houses pushes craftsmen to improve their skills.

Anne Michaut-Denizeau, Jean-Marc Guesné, and Alice Sireyjol designed the Norhla business model for the purpose of this project, and in view of replication in other communities. On these issues, the Social Business and Luxury chairs worked together.
Based on an interview with Anne Michaut-Denizeau and her article “Norlha: Restoring the glory of khullu wool for social development and environmental protection in the High Tibetan Plateau,” co-authored with Jean-Marc Guesné and Alice Sireyjol (Fact Reports 1339, October 2012).
Related topics:
Fashion and Luxury Management
Marketing
Download & Print
Share
FACEBOOK
TWITTER
LINKEDIN
EMAIL

Anne Michaut's current research interests are in the field of luxury, focusing on the perception of luxury, sustainable development, entrepreneurship...