Economics is not considered the most successful scientific discipline, to say the least. There are various lines of critique of the field, some more justified than others. Two recent research papers attempt to add new angles to this methodological discussion, arguing that economic models can be useful and serve society in ways that differ from the classical view of science. 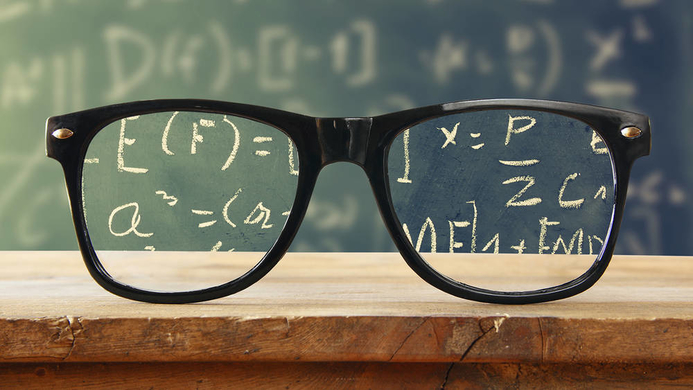 Researchers in other social sciences, as well as laypeople, often question why economic models analyze the behavior of “homo economicus”, when psychological research shows it to be an unrealistic model.  Why are economists relatively unperturbed by the violations of their models’ assumptions in experiments?  How can oversimplified and “toy” models be of use in making predictions?  These methodological problems have been discussed since the 1950s, most famously by Milton Friedman, and have received more attention in recent decades.

Approaching models as analogies that can inform predictions

Akerlof’s famous “Lemon Market” is a simple economic model that can be easily explained to students in a single class. Some question how so simple a model could possibly merit the Nobel Prize. Others demand what economists could possibly learn from such an idealized and unrealistic model. One explanation in defense of the value of this model – as well as the value of this type of model in economic research more broadly – is that the standard notion of scientific prediction based on general, unrefuted theories is only one way to make predictions; another way involves analogies.

This argument parallels the distinction between rule-based and case-based reasoning in psychology and artificial intelligence, whereby people think in terms of generalizations (“rules” and “theories”) but also in terms of analogies to similar cases.  Since such distinctions can be found between statistical techniques for generating predictions, it stands to reason that social scientists might also employ both ways of thinking. Viewed thusly, a formal mathematical model is not to be read as a general statement, “whenever… we will observe…” but only as a report of a (theoretical) case: “in this hypothetical story analyzed on my whiteboard, I found that…” Similarly, an experiment run in a lab is also a case, but one that reports a real occurrence.

Taking both theoretical models and lab experiments into account

As individual cases do not involve universal quantifiers, they cannot contradict each other.  In particular, when faced with a real-life economic problem, the economist has to judge whether it is more similar to the theoretical case analyzed on the whiteboard or to the experiment run in the lab.  For example, consider the “ultimatum game”, in which Player I offers Player II a split of, say 100 euros, and Player II can accept or reject.  If she rejects, both get nothing.  Assuming the payoffs are only monetary (so that pride, equality, altruism, and other such considerations play no role), the theoretical prediction is that Player I will make an offer of 1 euro, and that Player II will accept it.  And yet, experiments show that this is often not the case.

People in the role of Player II often reject low offers, (perhaps because of pride) and in the role of Player I they often make much more generous offers (perhaps because they anticipate Player II’s response). If conceptualized as a general statement about such economic interactions, then the latter would seem to contradict the theoretical prediction. If the theoretical model and the lab experiment are conceptualized as individual cases, however, then it becomes possible to take both into account.  If we are asked to make a prediction about a real-life event, we could ask ourselves: is the event more similar to the theoretical model or the lab experiment?  Sometimes, the answer may be the theoretical model.  For example, if the payoffs are in millions of euros, we may predict that Player II will accept an offer of 1M euros, despite the fact that Player I will get 99 times more.

Economists should be judged for their contribution to society by preventing silly mistakes or wrong-headed decisions.

Why economists do not worry about “refutation”

In other words, we can better understand why economists are not so worried about “refutations” of their models, when the latter viewed as analogies, rather than as general theories. This also explains why economists prefer simple models: the simpler the model, the easier it is to see analogies.  If economic models are approached as analogies, does it make economics a refutable science?  Well, it depends. If the models are also equipped with “user manuals” that explain how to estimate similarity and what exactly to do with multiple “cases”, the answer is yes.  Different cases can be aggregated to generate predictions that can be confronted with the data. It should be recognized, however, that economic models often do not come with these “instructions”, leaving much room for subjective judgment in determining a model’s predictions, and thereby in the way it is tested.

Reconsidering the role of economics

A second way to explain economic models – and of economic analysis in general – is to consider economics as a field of criticism, rather than a predictive science. Viewed thusly, an economist should not be asked: “What will happen now?” or even “What will happen if…?” Rather, her job is to follow the public debate, and, if she finds a flaw in an argument, to point it out.  Perhaps a politician or a journalist suggests a line of reasoning that is logically flawed.  For instance, assuming that raising the tax rate will necessarily increase tax revenue, without taking into account equilibrium considerations.  In such a case, the economist’s job is to point out the problem in the reasoning, without necessarily offering alternative predictions.  According to this view, economists should be judged for their contribution to society by preventing silly mistakes or wrong-headed decisions.  In a sense, their social role as critics can be likened to those of the historians: the latter would typically say that it is not their job to make predictions, and yet we all think that studying history is extremely useful.

Importantly, neither of these explanations – 1) of economic models as analogies rather than general theories and 2) of economics as a field of criticism rather than a predictive science – attempts to address how successful economics is or is not. In both papers, formal models are used to support informal arguments. Some results are proven and explain why economists face certain problems (in a formal sense) as well as also partly explaining why economists tend to favor seemingly over-simplified models. Overall, the models and the explanations that they provide make it easier to see analogies between different cases (at the expense of accuracy of description), as well as highlight the erroneous step in a proposed reasoning.