Managerial incentives: Life-cycles and the influence of learning processes

Tomasz Obloj and Metin Sengul show that measures designed to incentivize employees to be more productive are subject to a life-cycle. This cycle is influenced by the prior experience of employees and organizational learning processes, both of which can end up being counter-productive for the company, as demonstrated in the case of the Kerviel affair. 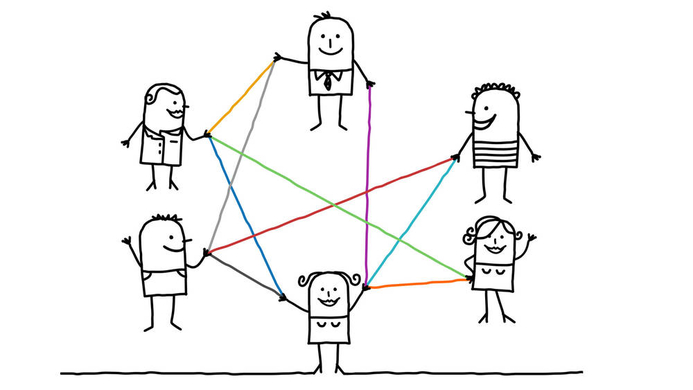 Tomasz Obloj and Metin Sengul are interested in how individual and organizational learning processes can influence the evolution of the division of value between different economic actors. “Each rational economic actor seeks to appropriate a higher share of the value created in the exchange. Employees would like their employers to increase their salaries, suppliers seek higher prices and alliance partners would like better dividends”, explains Tomasz Obloj.

In long-term relationships such as employment or strategic alliances, the division of value is determined by contractual agreements that secure the continuity of the relationship and joint value creation. Within companies, the corresponding arrangement is the structure of organizational incentives, which can be seen as an explicit contract specifying the division of value between a company and its employees. “As part of my dissertation, I began with a theoretical idea based on the observation that companies change incentive programs on average every one to two years”, says the researcher. “This is a relatively high frequency given the costs, worries, and uncertainty that result from any kind of organizational change.”

The life-cycle of incentive measures

By analysing data from a bank, the researchers were able to demonstrate the existence of an incentive-specific life-cycle. They observed that the creation of value (the sales revenue from primary loans) at each of the bank’s outlets and the value appropriation (the sum of the monthly bonuses earned by the employees) grew at a decreasing rate as employees gained experience under the new reward system. In parallel, the bank’s share (the percentage of value created by the outlets retained by the bank) increased at first before reaching a plateau and then decreasing continuously, indicating that the ability of the rewards to induce the intended results evolved over time.

As Tomasz Obloj explains: “Every incentive system is likely to experience a life-cycle: it is more and more efficient as time progresses before reaching a tipping point, after which it becomes less and less so until the company changes it, as is the case for a product or particular technology”. Obloj continues: “At the beginning, the technology works increasingly well until it is replaced by a new technology that is even more efficient.” As well as documenting the existence of these cycles, the article by Obloj and Sengul examines how employees and organizations learn to respond to a given set of incentives. As Obloj points out: “This means that we can apply our theory to most organizations, not only a bank or particular type of company”.

There are flaws in all incentive programs, which employees exploit and that take time to be identified.

Examples of the adverse effects of incentives

This is the first empirical study to show that learning processes influence the evolution of the division of value between economic actors. The results can be positive or negative, with the researchers demonstrating the presence of both so-called productive learning (i.e. learning that produces the desired effects) and adverse learning (learning that has undesirable results). “There are flaws in all incentive programs, which employees exploit and that take time to be identified”, says Obloj.

“The best-known example occurred at Lincoln Electric in the 1980s, when, to encourage employees to work more quickly, they were given a bonus according to how many times they hit the keys on their typewriters. But they then started to strike their keyboards at random during their lunch-break.” The 1990s were also littered with similar examples in the field of stock options: many CEOs took to falsifying their accounts to artificially inflate share values before making money for themselves by selling their own shares in the short term (instead of taking the correct decisions that would have raised long-term share value).

According to Tomasz Obloj, employees with prior experience curtail the effects of the incentive life-cycle: the more years of service an individual has, the more quickly he or she comes to understand the workings of the incentive regime. “We wondered whether learning was restricted to a particular incentive program and whether previous experience could be transferred from one organization to another or across different regimes. And, in fact, both are easily applied in new contexts”.

Obloj gives the following example: “The traders who caused huge losses at banks such as Société Générale and UBS by taking too many risks had, generally speaking, previously worked in the back office. This meant they were able to accumulate experience about operational procedures and work out how to subvert them to win bonuses.”

Envy at work: how organizations can improve productivity
Based on an interview with Tomasz Obloj and the article “Incentive Life-cycles: Learning and the Division of Value in Firms”, co-written with Metin Sengul (Carroll School of Management at Boston College) and published in Administrative Science Quarterly, June 2012.
Related topics:
Strategy
Human Resources
Download & Print
Share
FACEBOOK
TWITTER
LINKEDIN
EMAIL