Many luxury brands have engaged in corporate social responsibility by linking products to a charitable cause. But altruism is at odds with the materialistic motivations to purchase fancy watches or handbags. So how do luxury brands overcome the paradox and get their clients to engage in charitable giving? Find out in this new study by HEC Paris Marketing Professor L. J. Shrum and PhD Sukhyun Kim, and Kiwan Park of Seoul National University. 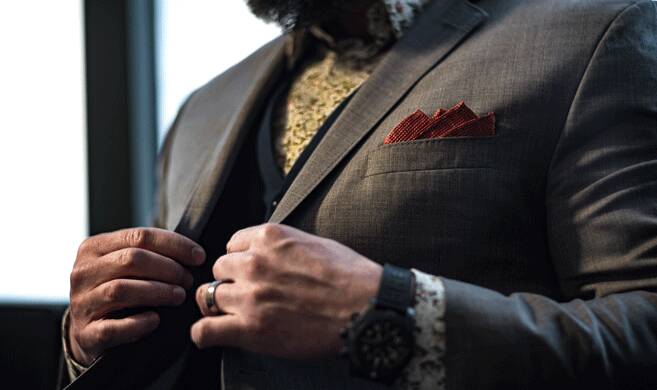 Chances are, people who can splash 1,000 € for a branded handbag do so mainly to show the world that they can afford it, not because a portion of the sales go to UNICEF. Yet prominent luxury brands, such as Louis Vuitton and Gucci, have been tying some of their products to noble causes. In sales lingo, it's referred to as cause-related marketing (CRM in short). After all, even luxury brands are not immune to the general pressure to contribute to the societal good via CSR (corporate social responsibility) programs. But why on earth would their customers, the kind of people who indulge in 500 €-fountain pens, actually be interested in contributing to the societal good?

Why CSR is a paradox for luxury brands

Luxury consumption is about excess, personal pleasure, superficiality, ostentation, conspicuousness. The primary motivation of luxury consumers is what psychologists call “self-enhancement”, the desire to signal status and wealth, both to others and to themselves, i.e. showing how well-off they are with fast cars and fancy watches. In addition, the target market of luxury brands are arguably more materialistic consumers.

They are not particularly generous, or concerned with corporate social responsibility initiatives, at least compared to less materialistic consumers. In contrast, prosocial behavior is typically motivated by what consumer psychologists call self-transcendence motivations: putting the interests of others above oneself. In other words, CSR initiatives are supposedly motivated by altruism and consumers' willingness to ensure fair wages for Ivory Coast cocoa producers or support the empowerment of, say, Palestinian women.

Yet luxury brands do manage to raise funds for charity

Although the majority of CRM efforts are made by large mainstream brands such as consumer products manufacturers (Unilever), and information technology companies (Apple), luxury brands have followed suit – and successfully so. For example, since 2009, Bulgari has partnered with the “Save the Children” charity to raise money to increase education programs, Montblanc began a partnership with UNICEF in 2004 to support literacy projects for children. These types of campaigns are often very successful in generating positive publicity for the luxury brands. For instance, 250 celebrities participated in Bulgari’s campaign by wearing specially designed “Save the Children” jewelry and spreading the campaign slogan “Stop, Think, Give,” which was heavily promoted through social media. As a result, Bulgari raised over $80 million globally through selling the “Save the Children” jewelry to more than 500,000 customers.

A risk for their brand image?

Despite these examples of successful campaigns, luxury brands may worry about maintaining their image and subsequent market performance. In the same way as incorporating recycled materials may negatively affect consumers' perceptions of the quality of luxury goods, a brand may see its overall image somewhat tainted by cause-related marketing. These negative effects are explained in terms of conflicting brand concepts in which the luxury brands’ self-enhancement concept is in opposition to the self-transcendence concept of the supported cause. In contrast, other research suggests that CRM campaigns can be successful even for luxury brands. These positive effects are explained in terms of guilt reduction: participating in a CRM campaign reduces the guilt associated with luxury consumption, particularly for “frivolous luxuries” -- gourmet coffee, expensive chocolates.

Rather than diluting their value by putting prosociality at the core of their identity, brands obtain positive responses by collaborating with a social brand as a separate entity.

So rather than diluting their value by putting prosociality at the core of their identity (say, describing Rolex as committed to making a just world), brands obtain positive responses by collaborating with a social brand as a separate entity and communicating it at the point of sale. In our research, we considered specific strategies that focus on communicating the brand-level collaboration at the point of sale.

We reasoned that certain types of cause-related marketing campaigns for luxury brands may be more successful than others, particularly if the campaigns leverage the motives that drive luxury consumption. We considered two different common CRM campaigns, and found that both were likely to succeed.

The key here is that the limited-edition luxury products used in product-linked campaigns typically have a visible marker (logo, slogan) that ties the product to the charitable cause. Thus, these limited-edition products not only allow consumers to signal status through the luxury product itself, but also to signal their prosocial behavior through the visible link to the charitable cause. In other words, such marketing still appeals to the self-enhancement motives of luxury consumers – it lets them send out the message that they not only have money, but also spend it in a socially valued way.

The key here is that the limited-edition luxury products used in product-linked campaigns typically have a visible marker (logo, slogan) that ties the product to the charitable cause.

Interestingly, the status component need not be expensive in an absolute sense, just compared to standard option. Product-linked campaigns for frivolous luxuries that are not prohibitively expensive but still convey status (say, 5-€-a-mug premium coffee, in a specially designed cup that indicates participation in a “Save Haiti Children” campaign) produced the same effects as higher-end luxury products.

L. J. Shrum is a consumer psychologist whose research applies social cognition concepts to understand the determinants of consumer judgments. He has...