Observing Others to Determine Behavior

How does the information released by an economic player influence the behavior of those watching? Dinah Rosenberg and Nicolas Vieille have explored this question using a two-armed bandit model. They show that positive signals from the environment increase players’ confidence, causing them to behave differently from if they were alone. 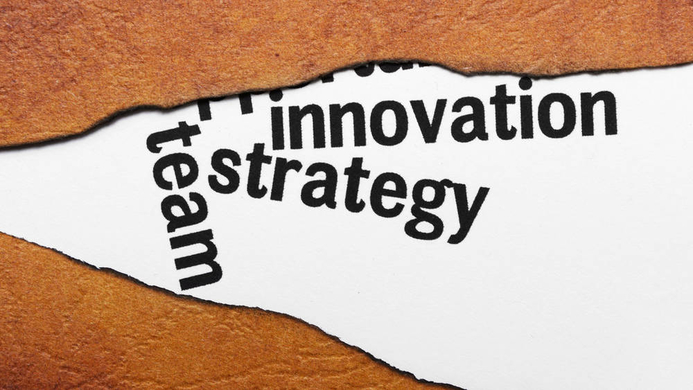 Dinah Rosenberg and Nicolas Vieille illustrate their research with an example of two pharmaceutical companies investigating the effectiveness of two molecules. “Imagine that two competing laboratories are each working on a molecule, but the results of their research may be connected. How can observing the competitor’s behavior enable each lab to decide how to adjust its R&D investment strategy?” Rooted in game theory, the strategic experimentation models used by Rosenberg and Vieille are geared toward figuring out how to extract information that is important but costly to obtain, and how the existence of a strategic environment (one including several players) changes this optimal experimentation behavior.

Rosenberg and Vieille explain, “In the case of a pharmaceutical company testing a molecule, if after a while research has not produced anything conclusive, those in charge will become pessimistic and are likely to stop investment in the given research. On the other hand, if research results are promising, they will continue to invest in the initiative.” How does such a choice to stop or continue in a specific direction affect a competing lab? There are two factors influence this matter.

• Observability: The information released by the  first company must be accessible and understandable (i.e., public communiqués by the lab on the results of its research)

• Correlation: If the research being conducted by the two labs is unrelated, there is no reason for one lab to change its strategy due to the other’s findings.

The nature of experimentation

Rosenberg and Vieille are interested in evaluating the impact of these two variables on players’ behavior. First, they tested different degrees of observability. Each player was initially able to observe the other’s behavior (i.e., see whether the other lab kept investing in a project or stopped doing so) as well as the ensuing outcome (whether investments paid off or not).Next, each player was able to observe the other’s behavior but was unable to observe the outcome. In this situation, when one player keeps playing (i.e. pursues research), the other does not know whether it is due to promising results, sheer stubbornness, or a desire to experiment influenced by the first company’s behavior. For each of the two scenarios, the researchers attributed positive and negative degrees of correlation. For the laboratories, working on similar molecules would generate a positive correlation, but working on competing molecules would translate as a negative correlation between the two firms.

Rosenberg and Vieille reveal a link between the structure of underlying information and the interpretation of the other party’s behavior. When the other player’s behavior and results are fully observable, there is no informational asymmetry, and players encounter one of two situations.

• Positive correlation: If two laboratories are working on similar projects, a lack of promising results in one lab will increase the other’s pessimism. On the other hand, positive findings by one lab will be good news and make the other more optimistic about its chances of success with its molecule. This is likely to incite the second lab to pursue its research for longer than if it were alone.

• Negative correlation: If the molecules being explored reflect contradictory theories, one lab’s lack of findings is a positive result (good news) for the other and will thus motivate it to continue investing in the direction it has taken. The opposite also holds, meaning that if the first lab produces solid findings, the second will become pessimistic and is likely to abandon its line of study. When the observability of another player’s behavior is limited (i.e. undisclosed results), this similarly limits input for decision-making. The only observation that offers the first player any reliable information is when the other player stops pursuing its investigations, conveying that such investment was deemed pointless. In such circumstances, the correlation between the quality of the two molecules is the opposite from the previous scenario. When there is a positive correlation between molecules, the observed event (the competitor stops research) sends out a negative signal, but the same  observation emits a positive signal if there is a negative correlation between molecules.

The nature of information and confidence levels

Rosenberg and Vieille show that the nature of the signal (good or bad news) an event sends influences the observing player’s behavior. When the signal is negative, the confidence level below which the player will decide to abandon its undertaking is the same as if the player were alone. Observation does not change (i.e., increase) the amount of information necessary to foster continued investments and has no impact on the overall level of the research. On the other hand, a positive signal from the other player’s behavior systematically encourages the observing player to continue to invest, and the global level of research increases.

The researchers collected regulatory data for a sample of 119 global banks from 22 countries between 2014 and 2016. They obtained data on leading European banks from the European Banking Authority and data on large US banks from the Banking Organization Systemic Risk Report. But they had to crawl the individual websites of sample banks outside the US and the EU, including sites in Chinese, to gather data indicating systemic risk (including contagion, amplification mechanisms, etc.).
Based on an interview with Dinah Rosenberg and Nicolas Vieille and on their article “On Games of Strategic Experimentation”, (Games and Economic Behavior, November 2013, vol. 82, pp. 31-51 in coll. with A. SALOMON, Nicolas VIEILLE). The article provides a follow-up to “Social Learning in One-Arm Bandit Problems” (Econometrica, no.75, pp. 1591-1611, 2007).
Related topics:
Economics
Decision Sciences
Strategy
Download & Print
Share
FACEBOOK
TWITTER
LINKEDIN
EMAIL

Nicolas Vieille's research deals with economic theory, and specifically with game theory, and with probability theory as weIl. His research work is...