The Problem With Renewable Energy Incentives? Some of Them May not Incentivise Renewables… 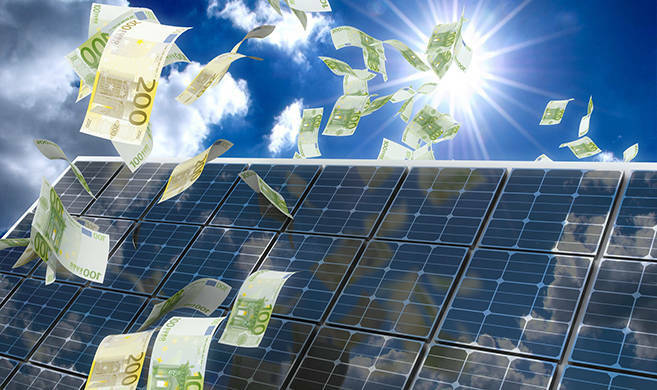 Carbon taxes and pricing mechanisms are enforced to make renewables more competitive against traditional, often more polluting methods of power generation. However, some renewable energy sources, such as wind and solar power, are inherently intermittent. In the night, no solar power can be generated, and on calm days, there is often very little wind. These energy sources are subject to random variation and less predictable supply.

To ensure energy is added to the grid continuously and to avoid costly power-cuts, energy suppliers need to make up for renewable intermittency. “Instant backup electricity is generated from technologies such as hydropower and legacy gas-fired plants that are on spinning reserve,” Aflaki explains. “These provide near immediate power when renewable energy is not being generated. However, some, such as the latter, emit greenhouse gasses and come with a carbon cost that has the potential to reduce the economic and environmental benefits of investing in renewables.”

Aflaki and Netessine set out to understand the extent to which using carbon costly backups can discourage investment in renewables. “Our model revealed that the intermittency of renewable technologies drives the effectiveness of carbon pricing mechanisms. This means that charging more for carbon emissions can mean renewables get a smaller share of investment when compared to modern and efficient fossil fuel sources,” states Aflaki. “This is facilitated by today’s liberalized energy market.

The market has been restructured over the last 20 years to foster competition and reduce retail prices, so now electricity is a commodity that can be traded in wholesale electricity markets.

In some cases, Aflaki and Netessine’s model shows that higher carbon taxes lead to a lower portion of renewables in the grid

These dynamics can contribute to the amplification of the aforementioned negative effect on investment in intermittent renewables.” In some cases, even, Aflaki and Netessine’s model shows that higher carbon taxes lead to a lower portion of renewables in the grid. “This is ok because higher carbon taxes always lead to lower emissions, but we do not necessarily see an increase in the share of energy generated by renewables,” Aflaki notes. “This is in contrast to one of the main goals of carbon taxation – to make renewables more competitive and available – so intermittency and the technology used as a backup need to be considered carefully by policy makers.”

There are many ways to disentangle the links between carbon taxation and backup power generation that Aflaki considers viable. For example, you can use a renewable energy source as the backup power source, “Solar and wind energy are negatively correlated in many regions, so if you combine these, you can reduce the need for costly and emission intensive backup,” he states. There is also the option of storing energy in batteries, or in other forms of potential energy through a number of innovative technologies.

Policy should makers adopt a holistic approach to renewables that takes intermittency into account and tailors the backup power options to individual energy supply scenarios.

Aflaki emphasizes that, for energy production to be sustainable, investment in renewables must increase. “To do so, we need to tackle the intermittency issue, along with other incentives,” he says. “We need to think of new and smarter ways - examples include better battery technology, pairing negatively correlated sources in a regional portfolio as well as other explorative measures such as storing electricity as potential energy - to address this aspect of renewables to ensure that they continue to supply an increasing portion of the grid with energy in the years to come.”

To analyze the incentives for investing in the renewables energy sector, Aflaki and Netessine created a static, game theoretic model of the trade-offs associated with investing in intermittent renewable sources. With reference to existing electricity markets, they modelled the effect of carbon taxes and feed-in tariffs on the cost and share of wind capacity in an energy portfolio. They found that the intermittent nature of renewables impacts the effectiveness of carbon pricing mechanisms, making carbon emissions taxes a potential deterrent to investors.

“It is hoped that the paper can be used to influence policy makers and it is currently being used to brief some US senators. We want to make it clear that, in the case of intermittent renewable energy sources, it is important to take into account the real impacts of carbon taxes and other measures such as Feed-in-Tariffs, which are designed to encourage investment in renewables but don’t always have the intended effects. In order to make renewable technologies more competitive on a cost basis, we must have a more comprehensive notion of the cost of renewable. This should include the cost of intermittency or the cost of the backup and its associated effect on the environment.” Sam Aflaki suggests that policy makers adopt a holistic approach to renewables that takes intermittency into account and tailors the backup power options to individual energy supply scenarios.
Based on an interview with Sam Aflaki on his paper “Strategic Investment in Renewable Energy Sources: The Effect of Supply Intermittency,” coauthored with Serguei Netessine (Manufacturing and Service Operations Management, 2017).
Related topics:
Energy
Information Systems
Download & Print
Share
FACEBOOK
TWITTER
LINKEDIN
EMAIL