The Resource — Performance Link: Why Your Competitor's Resources Should Matter to You

Many studies have established the connection between business resources and success; it's basically a matter of "the bigger the better". So why are so many firms with huge resources not out-performing their competitors? Tomasz Obloj was intrigued by this question, and he found out that just having a lot of a resource is not enough! You have to be able to boast that you have more than your competitors! But this advantage will not hold indefinitely. 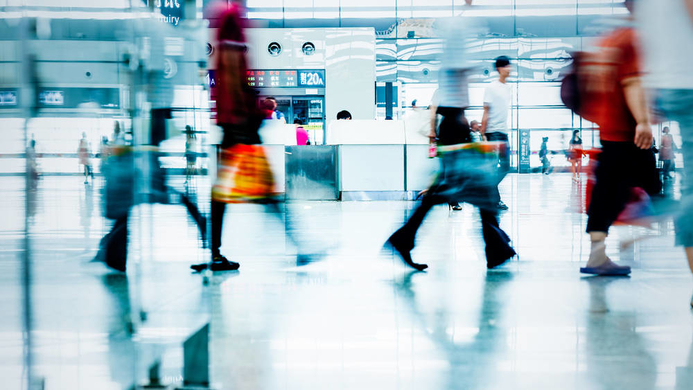 When it comes to business performance, studies have led us to assume that the companies with the most tangible and/or intangible resources—human, innovation, material, etc.— are likely to be market leaders. But Tomasz Obloj noticed that this was not the case, and he and co-researcher Laurence Capron suspected that the importance of resource "stock" or abundance was being misinterpreted. Focusing on the intangible resource of seller reputation, they crafted a study of online auctions of a mobile phone to test the their hypothesis that what really matters about resources is not how much you possess, but how much more than others.

Obloj explains that prior to this study, the correlation between a seller's reputation and people's willingness to pay had been established, but no one had ever raised the issue of the difference or gap between various sellers' reputations. Could a seller benefit from having not merely a good reputation, but a reputation that was visibly better than its competitor?

Studying the different sales prices of a same mobile phone showed that competitors' reputations do indeed make a difference. The larger the gap between a seller's and its competitor's reputations, the greater the seller's ability to command a higher price premium—so the higher the seller's relative business performance. "This means that resources need to be looked at in a different way,"Obloj comments. "The absolute size of resource stock is not the only thing that matters. Firms have to take an interest in their competitor's stock of a same resource, assess the difference, and decide what to do about it." In this study, relative reputation stops mattering at about 200%, or when a seller's reputation is three times as good as its main competitor's, but Obloj says this figure is probably context specific. In commodities markets, for example, reputation is unlikely to be a valuable resource, whereas it is doubtlessly even more valuable in luxury or collectables markets, where reputation is extremely important to customers.

Obloj was actually quite surprised by the magnitude of the gap effect. Indeed, taking into account reputation gap allowed explaining 40% of the difference in price premia across sellers. In contrast, absolute resources (in this case, reputation) traditionally accounted for just 12% of performance differences between parties.

So should you do whatever it takes to bridge a resource gap? When it comes to reputation, Obloj and Capron found that there are limits to the impact of a gap. "Customers definitely care that you are better than your competitor, and they will pay for it. But they do not care if you are hugely better," Obloj explains. "Take the example of car safety. If your car gets 4 stars on a crash test and your competitor's has just 3 stars, this will truly matter to customers. But let's say that your competitor has achieved 3-stars and you have 6. Customers will care a little, and they may be willing to pay a bit more, but not 2 times more."

In short, if you have a considerable resource advantage, building it up further is unlikely to have a significant impact on business performance. On the other hand, "If all of your competitors have massive resources in an area, the gap may simply be too costly to bridge. You may be better off investing in a less generally abundant resource." A sort of "blue ocean" view of resource development.

A call for new business perspectives

As far as Obloj is concerned, the extremely high cost of resource development and the significant length of time it takes to develop decisive resources like reputation, innovation, or human capital should cause business people to question an all-too-common assumption. "People usually think it's best to have the most resources possible. We show that you have to take the competitive landscape into account. Where do you stand in comparison to your rivals? How long would it take, and how much would it cost to close certain gaps? And most importantly, how likely is the investment to pay off?" One of the most important contributions of this study to be that it qualifies the idea that "more is better" and pushes a change in perspective. Competitors' resources matter and must be included in the resource/performance equation. It is not a matter of absolutes.

Working with my coauthor Deepak Somaya, we tested our theory using a sample of U.S. patent law firms and the scope of patent legal services provided to clients across different technology markets over a period of ten years. Our key questions were: (1) Does the changing scope of needs of existing clients lead to a significant change in the business scope of a focal law firm (which we call “client-led diversification”)? (2) Do relational assets increase the client-led diversification effect?
Based on an interview with Tomasz Obloj and on his article "Role of Resource Gap and Value Appropriation: Effect of Reputation Gap on Price Premium in Online Auctions", coauthored with Laurence Capron, Strategic Management Journal, no. 32, June 2011.
Related topics:
Strategy
Download & Print
Share
FACEBOOK
TWITTER
LINKEDIN
EMAIL