The four giants collectively known as GAFA yield such power that it's easy for them to strike unfair deals with business partners and consumers. But a French commercial court has created a game-changing precedent by holding accountable a US-based online booking platform using the concept of significant imbalance. This has shaped a whole new doctrine which potentially brings more balance to transactions with GAFA. Explanation by David Restrepo Amariles, HEC Paris Professor of Law. 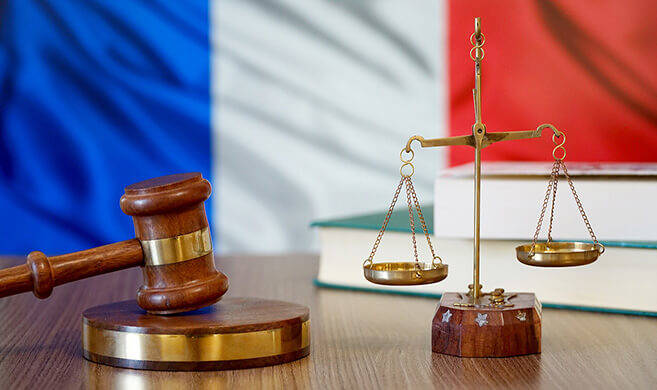 Google, Amazon, Facebook and Apple – commonly known as GAFA – have so fundamentally changed the rules of business that their model has been dubbed “GAFAnomics”. And that economic world is no level playing field. The digital giants exploit every imaginable tax loophole. They relocate when data protection laws they deem inconvenient come into force.

They don't just use their dominant power to escape the taxman; business partners are also at their mercy. For instance, they use data gathered through applications without paying the developers, although data is expensive these days. And yet, today, the GAFA are no longer completely untouchable.

What is significant imbalance?

France has come up with a legal tool that may become a useful weapon to restore some balance in commercial relations with these digital behemoths: the doctrine of significant imbalance.

Significant imbalance is a legal standard meant to assess whether a contractual clause is unfair (abusive in French). It originated in EU law and was introduced in France in consumer law. Significant imbalance in France was extended to commercial law in 2008 and to general contract law in 2016, resulting in a radical change in its scope and nature.

France has come up with a legal standard meant to assess whether a contractual clause is unfair (abusive).

The original idea behind this doctrine was to protect consumers when they are not in a position to negotiate, such as when customers buy a flight from Air France and are obliged to accept their conditions to make the purchase. This is quite different from protecting Danone from Carrefour, in a business-to-business relation, as could now be the case in France under the new application of this tool. Such a level of interventionism is far removed from the Anglo-Saxon idea of contracts, where each party just needs to bargain for the best possible deal.

Ministry of Economy versus Expedia: a landmark case

How can French courts attack Silicon Valley-based multinationals, who usually choose tax havens or business-friendly locations for their regional headquarters? The answer lies in the 2015 Expedia Inc. v. the French Ministry of Economy case. The case was a game changer. The Washington-based booking platform Expedia concludes contracts with hotels worldwide.

Those contracts included most favored customer clauses (MFC), which allow Expedia to automatically benefit from the hotels' best prices, as well as clauses that allowed it to retain its commission if the client cancelled – in short, contracts very much favoring Expedia. In 2015, the Ministry of Economy brought its case against Expedia before the Commercial Court of Paris and won, arguing that the MFC clauses caused a “significant imbalance” in the contracts thus requiring them to be voided.

Now where the Expedia case really becomes relevant to the fight against GAFA's extraterritoriality is in how the court reasoned. The contracts binding the hotels and Expedia designated English courts (and law) as competent in case of litigation. Firstly, the Paris court ruled that the French Ministry of Economy, who initiated the proceedings, not being a contracting party, was not bound by the clause.

Secondly, the court affirmed its own jurisdiction, seeing as the damages, incurred by French hotels, were caused in French territory. Having thus discarded the “choice of court” of the contract, the court discarded the “choice of law” by considering that France's article L.442-6-I.2° regarding significant imbalance was an overriding mandatory provision (loi de police). In other words, its provisions are deemed so crucial for the respect of public order that they override the choice of the parties to subject the contract to English law.

This may sound like an unusual legal arrangement, but it has been confirmed by a higher court (and used successfully against Amazon in 2017 and against Apple and Google in 2018). At this stage, it has indeed become a doctrine which other courts can rely upon to settle similar claims against the GAFA.

The doctrine is also the result of a political choice, creating a new balance between the protection of public economic order and the autonomy of business actors. Depending on individual politics, some may see this as a paternalistic move by the French state.

The French government, which, like any country these days, needs to attract business but risks making itself less attractive thanks to this new legal weapon, which introduces uncertainty in international business transactions.

There also seems to be ambivalence towards this legal tool on the part of the French government, which, like any country these days, wishes – and needs — to attract business. This new legal weapon, which introduces uncertainty in international business transactions, risks making France less attractive to big business.

In wider, geopolitical terms, the question is not just the imbalance in relations between corporations, or corporations and states, but also the trade war between the US and the EU, with American authorities fining European banks, and the EU trying to tax GAFA and introducing its general data protection regulation with potential extraterritorial reach.

Will other countries wield the SI weapon?

France may not fight GAFA alone, but how applicable elsewhere is the concept of significant imbalance? The short answer is that it seems unlikely that other countries will adopt the French law: this legal tool is a uniquely French political vision.

The wider question here is not just the imbalance in relations, but also the trade war between the US and the EU, with American authorities fining European banks, and the EU trying to tax GAFA and introducing its general data protection regulation.

Given that the concept of significant imbalance is transposed from EU law, however, courts may tackle the matter from another angle, possibly that of consumer protection. For example, other courts could argue that the digital giants not giving application developers a fair deal will result in poor quality of service for consumers.

If this doctrine of significant imbalance is applied consistently, it will potentially affect a company from any place in the world, as long as they have a presence in France, for example a chain of hotels with establishments in France. For executives entering contracts, significant imbalance is a new element of risk assessment to be integrated into decision-making. But it's also a potential advantage for companies located in French territory, as they would be protected by this legal doctrine if they are the weaker party.
Based on an interview with David Restrepo Amariles on his article “Le déséquilibre significatif dans les contrats commerciaux : nouvel outil de lutte contre les GAFA”, co-written with Eva Mouial Bassilana and Lorenzo Colombani, just out in AJ Contrat (Dalloz), 2018, pp. 471-476. Article publié en français dans Forbes France.
Related topics:
Law
Regulation
Download & Print
Share
FACEBOOK
TWITTER
LINKEDIN
EMAIL