Telepresence robots are used in some classes at HEC Paris. In this interview, HEC Paris Professor Sangseok You shares his insights on the utilization of robots in education. 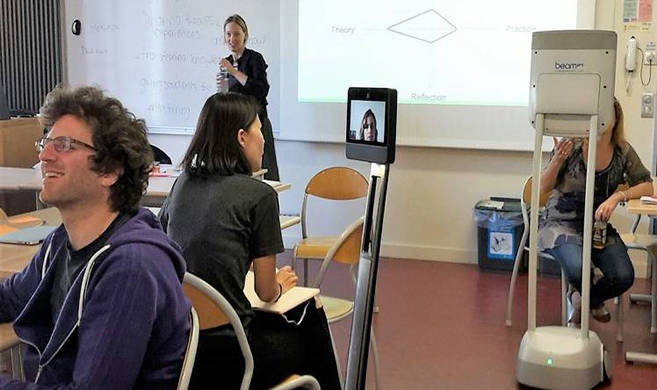 Kristine De Valck, Associate Professor of Marketing at HEC Paris, uses telepresence robots (from awabot company) for connecting with students who cannot be physically present: “We used the robots for one of our PhD Pedagogy course. One of our students was in the USA and another one, who just had a baby, was in Paris. They attended the course just as if they were in class with us. Despite their physical absence, we really could interact with them.”

Assistant Professor Sangseok You found in his latest research that people often treat robots as if they have a personality and knowledge: robots manifest actions and they seem to display emotions and intentions. His research has also shown that organizational teams become more performant when working with a robot. Knowing that, we can ask ourselves if a relationship between a robot and students can improve learning.

Why using robots in the classroom?

Robots are being introduced to many areas that require interactions between entities at a distance. Education is an area where robots can bring about changes, for instance, in learner’s attitudes, engagement, and they can therefore eventually increase the learning effectiveness.

How can a robot improve learning?

Like in telemedicine, students can have real-time interaction with their instructor and the other students in courses when they are in different places, through a telepresence robot. Compared to simple teleconferencing (e.g. using Skype), the use of those robots can result in higher levels of immersion and participation of the students partly because of their physical embodiment. So the interaction will be more visceral and spontaneous than in situations where the person in distance is represented through video screens or laptops. Indeed, researchers have found that when the robot mimics human motions with robotic arms (when they have arms), showing hand gestures and gazes from the person on the other side, they can be closer to their off-line counterpart than without this kind of robot. 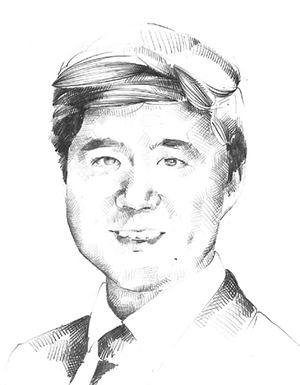 The use of those robots can result in higher levels of immersion and participation of the students partly because of their physical embodiment.

So, can the personification of the robot maintain or develop a close relation between persons at distance?

Yes. In my research, we show that when people interact with a robotic agent, including touching and bumping into it, they develop psychological attachment, attraction, and friendship. The phenomenon is so powerful that, for instance, students of a remote class can form a commitment to the course, feel closer to their instructor, and experience cohesive and cooperative classroom environments, all at distance.

Robots will and should never replace human teachers, but they can be a good complement. Indeed, the mere presence of a robot in a classroom is reported to promote class participation and learning effectiveness at schools. Furthermore, robots that never get tired can load off human teachers’ work, such as repeating course content, grading, and other administrative tasks.