The Role of Gifts in Reestablishing Personal and Social Identity

Birthday presents and other loving offerings typically help maintain relationships between friends, relatives and lovers in the Western world. An unusual study of the memoirs of concentration camp survivors uncovers new motivations behind gift-giving, suggesting that it can also function to reestablish personal and social identity in dehumanizing contexts. 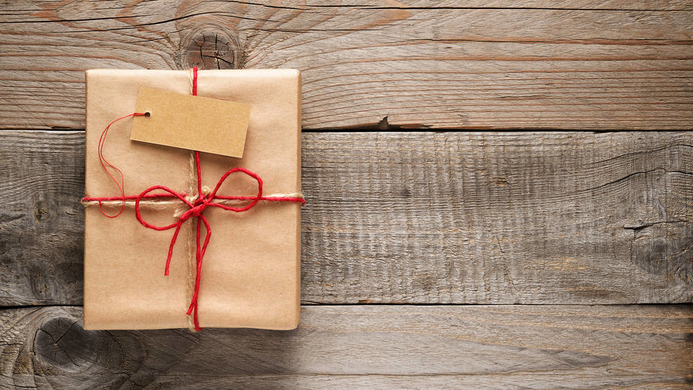 The crowds around any Western city's high street in the run-up to Christmas indicate that gift-giving is a major element of consumer behavior. Even outside the pre-Christmas rush, there are multiple angles from which to study the way consumers navigate the marketplace and choose presents, usually with intentions of maintaining relationships with the intended recipients. And yet, it is only in the past decade or so that identity-based motivations have been researched. Now, for the first time, a paper examines how identity issues might shape a person's gifting behavior in a very particular context: Nazi concentration camps during World War II. The three authors of the paper, Jill Klein from the University of Melbourne, Tina Lowrey from HEC and Cele Otnes from the University of Illinois, acknowledge that there are “moral and ethical issues implicit” in exploring the Holocaust to understand gifting behavior. They write that their work is not “an opportunistic attempt to investigate a consumer behavior phenomenon”. Rather, Jill Klein, who as the daughter of an Auschwitz survivor is very attuned to this horrific historical period, was doing larger-scale work on the Holocaust when she noticed a large number of giving incidents in the memoirs of survivors. She and her two co-authors then engaged in a study of a selection of memoirs in order to expand general knowledge on gifting and understand its role as “an act of defiance against the mortification of the self in identity-stripping contexts”.

The Nazi camps were perhaps the most extreme example of a setting designed to destroy identity. Upon arrival, prisoners were forced to have their heads shaved, to wear a uniform instead of their own clothes, and were addressed by numbers instead of names. And yet, even in that environment, “the desire to maintain one's identity is overpowering”, says Tina Lowrey. She and her co-authors read many accounts where people took life-threatening risks and made sacrifices that defied logical expectations. Some quotes from memoirs are actually so powerful that Tina Lowrey admits she sometimes finds herself tearing up, or sees her audience shed tears, when she reads them. At the same time, these perhaps surprising accounts of gifts can be explained from an identity perspective, through three main motivations.

The first motivation for gift-giving identified by the researchers is agency (action). In 13% of the instances of giving, the prisoners did so to feel that they at least occasionally were able to assume a modicum of control. In many cases, gifts, such as those given to “capos” (prisoners in charge of supervising other prisoners), could be categorized as bribes, as ways of obtaining future favors – likely life-saving favors. One memoirist who strategically gave a capo a tin of sardines was rewarded with lighter work detail. He wrote that he felt “like a whore” but also felt clever for having turned the system to his advantage. Besides restoring identity as an autonomous agent, such “agentic giving” enabled prisoners to avoid the very undesirable identity of Muselman (a common term across camps), or a person who has lost the will to live. But are such examples really gifts? Tina Lowrey says there is indeed a “negative implication” to the agency motivation, which is of behaving in a “calculating” way. “But you can also ask whether altruism exists at all, for even when you expect nothing in return from your gift, you still have the psychological benefit of feeling good about yourself,” she adds.

Concentration camp prisoners reestablished their humanity by investing in caring relationships and by making sacrifices for the benefit of strangers.

A more typical motivation behind gift-giving in camps, which seemed characteristic in 65% of the recorded instances, was to re-establish a social identity. The idea, for example for those who had lost relatives, says Tina Lowrey, was to re-create belonging, to form a new “pseudo-family along national or religious lines”. In his memoir, one survivor writes about his clique and its “surrogate fathers”: “My emotional void was filled...Our little community practiced mutual assistance … My contribution consisted of a liter of soup.” The three authors also identified a third identity-based motivation, which was identified in 19% of instances: giving to re-establish humanity, not only by taking control or investing in a caring relationship, but also through acts of sacrifice to strangers. Tina Lowrey recalls one particular story of a prisoner who had already passed a selection to avoid being sent to the gas chamber, who took the place of a very weak prisoner waiting in line and passed the selection again. “Typically, this is a very spontaneous gesture, not thought through at all, and often the giver hits himself across the head afterwards, wondering why he did that,” says the researcher. “This is perhaps the closest you come to altruistic behavior”, she adds.

Overall, the memoirs contained many instances of inmates recovering a sense of dignity, humanity and morality by giving to others. Another dimension that the researchers uncovered in this study, which would not likely have been uncovered in the more “normal” context of gift-giving within families or couples in the Western world, is that of “anticipated reckoning”. Many behaved altruistically because, in the event that they survived, they did not want to regret the past later. “The way the current self expects the future self to look back is very clear in some quotes,” points out Tina Lowrey. One good example is the following excerpt from a memoir: “If one survived at the price of overreaching [the point of no return] one would be holding onto a life that had lost all meaning.” The authors believe anticipated reckoning is relevant to explain how decisions are made in challenging situations: “From a moral standpoint, a crisis context may be one in which all hell has broken loose, and one must pull from one's past or imagine from one's future to reconstruct a moral compass.”

Concentration camps are an extreme context, but Tina Lowrey says that millions of people in today's world live in “constrained settings” – victims of natural disasters, refugees, and so on. She sees a potential application of this study's findings in the aid brought by relief organizations such as the Red Cross, after a tsunami, for example: “Once the basic needs for food and shelter have been answered, it might be a good idea to move to higher needs, to help people re-establish relationships, in case they stay in the same settings over the long term.” She suggests providing mechanisms for refugee camp residents to help one another, perhaps by creating a place for them to exchange gifts, to forge bonds between tent-mates or among orphans.

The authors' approach is a qualitative and historical one. They began by closely reading 33 memoirs by 30 different survivors of Nazi concentration camps, scrutinizing the texts for instances of gifts, both given and received. They also consulted academic works by Holocaust scholars, then sampled ten new memoirs, again firsthand accounts, to validate their analysis of the motivations that had emerged during the first phase, using a social and psychological model known as the Identity-Based Motivation model.
Based on an interview with Tina Lowrey and the article "Identity-Based Motivations and Anticipated Reckoning: Contributions to Gift-Giving Theory from an Identity-Stripping Context", co-written with J. G. Klein, C. C. Otnes, Journal of Consumer Psychology, 2015.
Related topics:
Marketing
Download & Print
Share
FACEBOOK
TWITTER
LINKEDIN
EMAIL