Should We Ban Monetary State Financing?

Does monetary financing undermine fiscal discipline, as suggested by legal bans on monetary financing in many jurisdictions? No, according to Professors Armin Steinbach and Oliver Hülsewig, who have studied empirically the impact of unconventional monetary policy throughout the euro crisis. The results cast doubt on categorical prohibitions on monetary financing and call for less concerns in coordinating monetary and fiscal policy -- an insight that might continue to be relevant during COVID-struck economy. 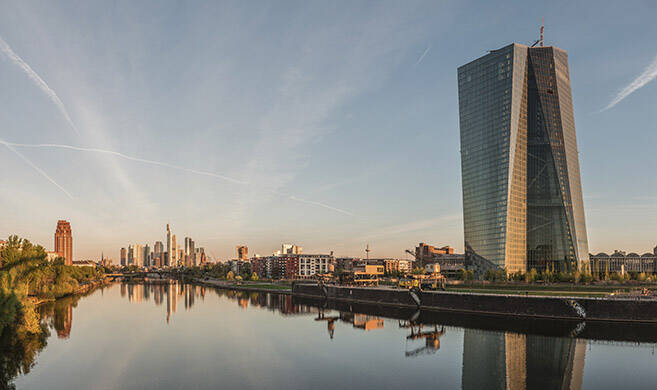 The laws governing monetary state financing vary significantly across jurisdictions. Under US law, there is no explicit prohibition of Federal Reserve monetary financing in congressional legislation or the US Constitution. Similarly, in the UK no prohibition on monetary financing is codified at national level. By contrast, Japan prohibits central bank financing of fiscal policy by ordinary law, and the European Union (EU) has even constitutional law in place stipulating a ban on monetary state financing.

In the EU, the monetary policy response to the recent crises has probably been the most controversial, with the episode of unconventional monetary policy including arguable purchases of government bonds causing unprecedented dispute between the European Court of Justice and the German Constitutional Court. While in the EU the constitutional foundations of the currency union are at stake, other countries have been far more relaxed in the use of monetary policy. Most recently, the Bank of England announced to directly finance the government’s extra spending related to the COVID–19 pandemic.

This heterogenous practice has massive implications for effective crisis response by monetary and fiscal policy. Monetary policy restrained in employing its arsenal in the pursuit of price stability cannot stabilize the economy, especially if fiscal policy remains bound by tight fiscal rules limiting fiscal leeway as effective lever to combat crisis. This was the situation in the EU throughout the sovereign debt crisis and continues to put the current ECB’s monetary policy on controversial ground during its Coronavirus response through sovereign bond purchases.

Why some jurisdictions ban or restrict monetary financing

While monetary financing is a tool of monetary policy by central banks in the US and UK, elsewhere it is viewed to contribute to lax fiscal policies.

In the EU, where prohibition of monetary financing has been the fiercest, there is a straightforward legal ban in place. Mainstream views both in legal and economic scholarship consider the primary goal of this ban in ensuring that EU’s Member States are held liable for their fiscal conduct through market pressure. Hence, a recurrent argument associated with the application of the ban on monetary financing is moral hazard concern infused by unconventional monetary policy measures, in particular by sovereign bond purchases, to the effect that they lower incentives to pursue balanced budgets.

We challenged the legal interpretation

This legal reasoning can be challenged empirically – and our research reviews precisely the legal interpretation that justifies the ban on monetary financing on the grounds of undermining fiscal discipline. In order to assess the empirical premise of the legal argument, we   use econometric tools to examine the reaction of the sovereigns’ fiscal position to a monetary policy shock. We refer to a panel of ten euro area countries, which benefitted from the ECB’s unconventional monetary policy measures implemented between 2010 and 2018. Our results suggest that fiscal discipline is not waning after monetary policy innovations throughout sovereign debt crisis. What we observe is an improvement of the primary balance despite declining borrowing costs. This is at odds with the rationale of banning monetary financing, which would suggest a worsening of the primary balance if borrowing becomes cheaper.

We do not find that monetary policy affects fiscal discipline

Thus, we find no evidence of the claim on the adverse effect of unconventional monetary policy on fiscal discipline. While this is enough to reject the standard legal underpinning of bans on monetary financing, we are careful in providing the precise reasons for these results. It could be a consequence of strong political pressure arising – for instance, because the countries concerned were subject to the conditionality of rescue packages and wanted to escape austerity measures.

Vanishing fiscal discipline is not a plausible ground to ban monetary financing as such.