The Smartphone: Not the Behemoth Feared by Business and Researchers

“How bad is the mere presence of a phone?” That's the title of the research paper co-authored by Claire Linares and Anne Laure Sellier and published by the review PLoS ONE. This is the product of two years of research, involving the replication of a paper that was written eight years ago by two British psychologists Andrew K. Przybylski and Netta Weinstein. In 2013, they presented data suggesting the physical presence of a cellphone in a meeting was harmful in terms of social interaction between strangers. A conclusion now disputed by the two HEC research academics. 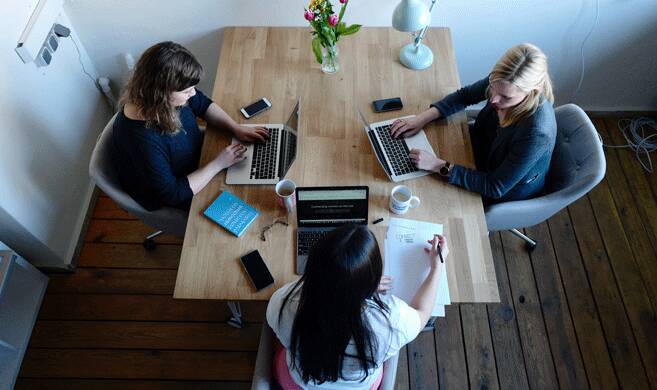 Photo by CoWomen on Unsplash

Why did both of you want to tackle this issue?

Claire Linares: I think it began when we saw the 2013 finding being published in the mainstream media, books and academic papers. We found the cellphone’s physical impact interesting enough to want to replicate this effect. It was actually to be a starting point of our research which we sought to extend into the field of creativity. But as we were conducting the studies, we were unable to find the initial effect. So this is what motivated our research.

Anne Laure Sellier: The claim that the mere presence of a phone would affect social interaction and would be deleterious to high quality relationships is formidable. Just imagine the consequences of smartphones today in negotiation rooms, at the U.N., for example, where you have leaders talking about going to war or not. We wanted to capture its impact. For theoretical reasons, as Claire said, we thought if it's true, it may hurt creativity beyond social interaction. But Claire conducted several studies and found nothing. However, don’t get me wrong: the effect is not necessarily bogus. It may have been there in 2013 in those two studies. But it certainly required replication. You cannot extrapolate about an effect based on only two studies.

As you said, the 2013 findings were widely accepted and reported on. Do you think your conclusions will enjoy the same attention?

ALS: I was looking at some articles recently showing just how bad it is to have a smartphone in business meetings. So, this perception is still very present. I imagine we’re not going to make waves with our results. It should certainly get as much media attention as the 2013 paper. But it probably won’t because intrinsically a failed replication paper rarely gets cited as recent research empirically shows. Let’s hope things will change going forward. We’re very pleased that the journal PLoS ONE chose to publish this work out of academic rigor.

You know, this is nothing new in terms of the relationship of mankind to technology. Whenever a new technology appears, there are fanciful theories that the world is coming to an end. If you look at the introduction of television, for instance, you can find articles from the 40s and 50s in the United States where men were warned to protect women and children from TV screens. Any new technology has this kind of vampire clout to it. That's kind of scary. And, rightly or wrongly, it's even more the case for cell- and smartphones because we know of cases of addiction which are made worse because smartphones are constantly at our fingertips.

The paper did involve lots of interesting elements, such as measuring pleasantness, appreciation, motivation, autonomy, control. All this research involved giving people tasks like creating a toy or telling an interesting story. How do you measure these, Claire?

Across our two studies, we had a total of 356 volunteers split into 136 groups working on what we call a toy task. They had to discuss between themselves and then design a toy for a child from five to 11 years old. After the sessions, we had independent curators judging their originality and the other criteria pertaining to the creativity of these toys. We compared the creative measures of the toys between groups who had been exposed to the mere presence of a smartphone versus the group that had been exposed to the presence of a notebook. And we conclude by saying that there is too much concern over the impact of the mere presence of smartphones and how it can affect interaction, be it personal or professional, in terms of the professional context. Unfortunately, one result of the all-negative view of smartphones in meetings is that there have been widespread bans on smartphones in meetings. We should conduct more research on the impact of the active presence of the smartphone rather than its mere presence. For instance, what is the influence of notifications ringing during meetings, what happens to the interaction when someone checks his or her phone for messages, etc.?

You're saying that, in light of the results of your research, these policies go over-the-top?

CL: Well, certainly the media has insisted that the mere presence of a smartphone can be dangerous. We didn't find this impact. However, as we mentioned before, there are probably other negative effects caused by smartphones being in meeting rooms.

The media has insisted that the mere presence of a smartphone can be dangerous. We didn't find this impact.

Did you want to add something, Anne Laure?

ALS: Yes. Of course, you don't want a smartphone inside a criminal court at the time of debates because you don't want anything to be recorded and get out of the closed room. This is a valid concern. But that's not what we're talking about. We're talking about those companies who require people to leave their phone outside of the room, the way cowboys left their colts outside of the saloon, just putting your phone on airplane mode is enough! And more generally, I think it is simply time for the business world to devise an etiquette for smartphone use.

In your research paper, there are a few caveats that you mention when you compare your own research to that of Andrew K. Przybylski and Netta Weinstein. For example, people have evolved in their attitudes towards smartphones and simply gotten used to their presence.

CL: Yes, we considered how we could reconcile our results with the findings of Przybylski and Weinstein. And one explanation is that time simply has passed. They published the article in 2013. So they conducted their studies in 2012 or earlier. We conducted our studies in 2018. Six years of technological progress is a lot. Furthermore, the participants in our studies were people in their 20s, this generation of people grew up with phones that were always there. Returning to your earlier point, the 2013 results may have been genuine, it’s may just be that time has passed and the mere presence of mobile phones no longer has the same impact.

An interview based on the research article, “How bad is the mere presence of a phone? A replication of Przybylski and Weinstein (2013) and an extension to creativity”, by Claire Linares (HEC Paris PhD student of Marketing) and Anne Laure Sellier (HEC Paris Professor of Marketing), published in PLoS ONE in June 2021.
Related topics:
Marketing
Download & Print
Share
FACEBOOK
TWITTER
LINKEDIN
EMAIL

Claire Linares is a Ph.D. Candidate in Marketing at HEC Paris. Prior to entering the Ph.D. program, Claire received a M.Sc. in Management from HEC...