The relationship between cannabis and society is a long and deeply contested one. Throughout history, cannabis has been associated with everything from health, leisure, and pop culture to criminal and immoral behavior. But beyond the simple debate about whether cannabis is good or bad, the study of cannabis markets needs interdisciplinarity, to know what is required to construct an effective and fair contested market. 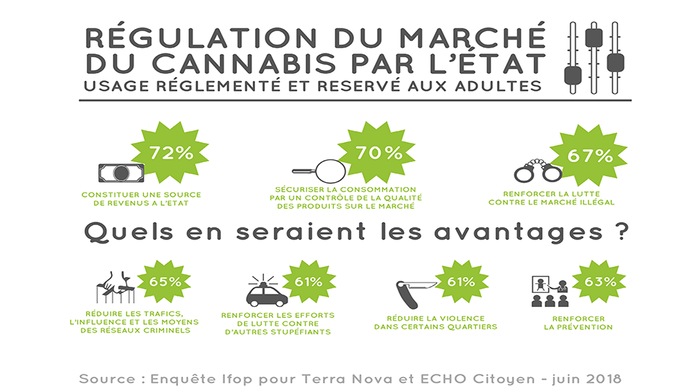 A new chapter in the social history of cannabis

Recently, however, a new chapter in the social history of cannabis is being written. The decades long ‘War on Drugs’ is increasingly understood to have failed and public opinion is shifting in favor of decriminalization. In France, for instance, one 2016 poll suggested that 85% of the surveyed sample considered that current laws are not effective for combating trafficking and cannabis use.

This new chapter, however, is not so much about decriminalization as it is about marketization. What is definitively new is that various jurisdictions—U.S. states such as Colorado, Washington, and California, and countries such as Canada—are seeking to create state-sponsored and regulated markets for cannabis production, sale, and consumption.

Decriminalization and legalization, as Mark Kleiman once said, are “very different propositions.” To decriminalize cannabis, one needs to change laws or relax enforcement—a movement that has been underway in some places like Amsterdam for a long time. To construct a legal market from scratch requires more indeed, particularly if it is to rival and replace the existing illegal markets while also raising revenue and protecting public health.

What is required to construct an effective contested market?

On the one hand, it requires that we think critically and proactively about what is required to construct a functioning and effective market. The prevailing view since Adam Smith’s (1776) Wealth of Nations  has been that markets emerge spontaneously and naturally from the “propensity to truck, barter, and exchange.” But the marketization of cannabis requires more than this. It requires that policy-makers and regulators become highly skilled market designers, and that voters and political leaders become deeply discerning critics of market designs.

Myriads of design choices involved in marketization affect the kinds of markets that emerge.

Indeed, myriads of design choices involved in marketization—from the accreditation systems, to the tax basis, testing requirements, capital sources, reporting requirements, etc. —affect the kinds of markets that emerge. Small and often highly technical design choices like these will determine who will be able to participate in tomorrow’s cannabis markets, where the financial rewards will accrue, what kind of qualities will be valuable, and even the kinds of cannabis products available to consumers. Currently, however, these market design questions are often overshadowed by simplified debates about whether or not cannabis itself is good or bad.

On the other hand, this new chapter in the social history of cannabis provides the opportunity to question and address wider issues about the relationship between business and politics, and between economy and society. These experiments in market design allow us to reflect on the limits of the received wisdom that business and politics, and economy and society do not (and should not) mix. Cannabis markets provide what Michel Callon has described as “hybrid forums”: public spaces where economic, political, and social problems overflow their ‘traditional’ boundaries and come in contact with each other.

Indeed, in contested markets like those for cannabis, the economic, political, and social values will continually and explicitly interact. It is necessary that we learn from these interactions. Enterprising economists (like Albert Hirschman) and sociologists (like Mark Granovetter and Viviana Zelizer) have drawn attention to these interactions. However, too often questions about the economy are handled by economists and questions of sociology are handled by sociologists. Good policy, and “effective” markets, will require that these traditional silos are broken down.

More than business: a need for interdisciplinarity

Debates about a new approach to cannabis governance are raging, and demands for change are afoot. As France looks to soften its laws against cannabis use, it is important to debate what the next chapter in the social history of cannabis will entail. We argue that this requires thinking through cannabis in both senses of the term.

Interdisciplinarity will be central to these two movements. In order to learn from the experiments currently underway and inform public debate, economists, political scientist, sociologists, medical and business students, etc. will all need to be deeply engaged.

These disciplines, however, will need to push and transform the boundaries of their domains, perhaps to uncomfortable degrees. Business school scholars will need to understand business to be about far more than maximizing revenues and building shareholder value; they will need to redefine the very domain of business as social and political.

The “Contested Markets Workshop” convened at HEC Paris on the symbolically-important 18th June reminds the "Appel du 18 joint" and represents a first attempt to think through cannabis in France. Live tweets here.