Unintended Consequences: When Minority Directors Get a “Pass” in Cases of Fraud

Companies are increasingly facing societal pressure to diversify their boards. However, these well-intended measures may have unforeseen consequences, a new study finds. Because of a perceived shortage of minority candidates, fraud-tainted minority directors — unlike their non-minority counterparts — enjoy some immunity from negative reputational consequences. 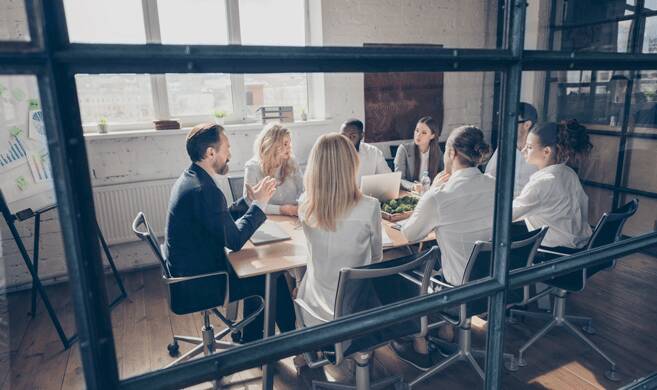 The company Enron has to make anyone’s list of accounting scandal “greatest hits” of the past two decades. The commodity and energy service company hid billions of dollars in debt, ultimately resulting in a shareholder loss of $74 billion, the implosion of “Big Five” accounting firm Arthur Andersen and Enron’s bankruptcy filing in 2001. Founder Kenneth Lay and CEO Jeffrey Skilling were convicted of fraud and conspiracy, among other charges.

It's only logical to expect that the members of the board of directors at a corrupt firm such as Enron — people who were supposed to be monitoring the company and protecting shareholders’ interests — should suffer reputational consequences. (Enron is admittedly an extreme case. In many other cases of corporate fraud, responsibility is not as easy to assign.) Indeed, past studies have shown that directors of such companies do in fact lose board directorships and/or fail to gain new directorships after the misconduct is discovered. However, we specifically studied the outcomes for female and ethnic-minority directors — and found that sanctions were not applied equally to these groups.

An “efficient” process sometimes breaks down

The evidence, found in finance literature, of reputational penalties for directors associated with financial misconduct is often used to support the notion that there is a well-functioning labor market for managers and directors: when negative organizational outcomes occur, individuals working at the firm are penalized for these outcomes, often losing current board positions or failing to win future ones.

We theorized, however, that although biases against minority directors still exist, the higher demand for such directors — because of social and institutional demands for board diversity and perceptions of their relative scarcity — could cause these sought-after directors to experience, relative to their white male counterparts, a degree of reputational immunity. Our hypothesis was borne out by our study, which, in addition to Enron, examined other cases of corporate accounting fraud, including AIG, Halliburton, WorldCom, Morgan Stanley and many others, publicized from 1996 to 2012.

Pressures to diversify may nullify consequences

We emphasize that, in studying the outcomes for minority and women directors, we do not dispute the historical and continuing discrimination against such directors. Instead, we are suggesting that the evolving social norms regarding preferences for board diversity have increased the perceived value of minority directors.

Firms often cite a lack of qualified candidates as a reason for slow progress in increasing board diversity. Boards are reluctant to appoint candidates who are not currently board members and/or do not have executive experience. Given the underrepresentation of minority directors among boards and top management teams, few minorities can fulfill this requirement.

Fraud-tainted minority directors experienced 20 % less loss of outside directorships than did their white male colleagues in the three years after an instance of fraud became first known to the public.

For our sample of 2,030 fraud-tainted directors, in the three years following the revelation of misconduct, we compared how many board seats were won and how many lost. We found that fraud-tainted minority directors experienced a 21.65 percent lower net loss of outside directorships than did their white male colleagues in the three years after an instance of fraud became first known to the public, confirming our main hypothesis.

We found other factors that affected the fortunes of minority directors who served on boards of firms that cooked the books. Specifically, our data suggests that women and ethnic minority directors faced fewer negative consequences — in terms of the net loss of outside directorships — compared to their white male colleagues when the media discourse on board diversity was higher. (We took account of the number of articles on board diversity in leading business media 12 months prior to and 36 months after the public revelation of fraud.)

Women and ethnic minority directors faced fewer negative consequences compared to their white male colleagues when the media discourse on board diversity was higher.

In sum, our findings indicate that institutional pressure to diversity boards can have unintended effects. Combined with a perceived shortage of minority candidates, it leads to a reputational immunity effect for women and ethnic minorities. Undoubtedly, as minorities continue to penetrate the labor market for directors, the increased supply of female and ethnic minority directors will ultimately allow for a more homogenous level of sanctions against fraud-tainted directors.

The more diverse the board, the less likely the board was to retain a fraud-tainted minority director.

When looking to hire female and ethnic minority board members, firms often operate under the assumption that there are few qualified candidates. This, in our view, false belief has led to what our study has found to be a reputational immunity for minority board directors associated with financial misconduct. Indeed, because of discrimination, women and ethnic minority candidates might not be found in the usual recruiting grounds. Firms must therefore look outside of traditional sources (to nonprofit organizations and educational institutions, for example) for a broader pool of qualified candidates.

For our main finding, we examined large U.S. firms implicated in cases of documented corporate accounting fraud, which became public from 1996 to 2012. Using a proprietary dataset on financial misconduct and directors demographic characteristics, we identified women and ethnic minorities (African Americans, Arabs, Asians and Hispanics). In the three years following when the fraud became known, we looked at the difference between how many board seats a director won and how many the director lost. For our final sample of 2,030 fraud-tainted directors, we compared the employment outcomes of minority and non-minority directors.
Based on an interview with Georg Wernicke and his article “Last to Come and Last to Go? On the Complex Role of Gender and Ethnicity in the Reputational Penalties for Directors Linked to Corporate Fraud” (Academy of Management Journal, June 2019), co-written with Ivana Naumovska and Edward J. Zajac. In 2022, the authors were awarded a Best Paper Award from the VHB (German Academic Association for Business Research). Find the description of the Award here (in German only).
Related topics:
Strategy
Leadership
Diversity & Inclusion
Download & Print
Share
FACEBOOK
TWITTER
LINKEDIN
EMAIL