The Upside of Ambivalence

“Ambivalence” tends to have negative connotations of indecisiveness and therefore weakness. But Nils Plambeck and Klaus Weber’s study on CEO ambivalence and organizational action-taking proves the contrary. They have found that simultaneously positive and negative CEO evaluations of a strategic issue are more likely to provoke organizational action than univalent—positive or negative—assessments. 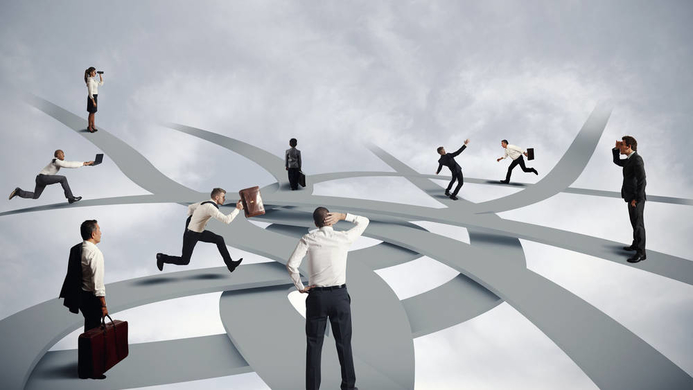 • Evaluation of a situation as both positive and negative generates broader organizational involvement in the solution-finding process and more novel and creative solutions.

• Intensity is crucial. Only strongly positive and negative evaluations increase the likelihood of organizational action; weakly ambivalent evaluations have the opposite effect.

CEOs typically classify issues as either positive or negative, but routine is occasionally disrupted, and CEOs are faced with situations that are seen as both positive and negative. The issues concerned tend to be complex and multi-faceted, and Plambeck explains that the result is not just more action, but also multi-dimensional initiatives. In effect, CEO ambivalence leads to a more thorough exploration of an issue and consideration of a broader range of perspectives. There is also an emotional reaction that drives CEOs’ more comprehensive responses to ambivalent issues.

The non-routine nature of simultaneously positive and negative evaluations causes CEOs to experience “emotional arousal,” which translates into increased energy and motivation. To respond to the negative and the positive aspects of a matter, CEOs consult more people and departments, which is largely beneficial to organizational action. “The more participatory process of search and consensus-building generates a greater sense of ownership of decisions and hence increases commitment to implementation.”

Greater organizational involvement and less friction are thus the major benefits of ambivalence inspiring action. Holding positive and negative evaluations of a strategic issue enables wider organizational involvement; executive doors open to any member of the organization who has insight to contribute. In addition, the CEO brings parties with divergent beliefs to the same side—the CEO’s side. In the case of new EU entrants, the marketing department might see new opportunities while the production division may fear local factory closings.

CEOs who explore both of these positions obtain fuller sets of information, avoid the always harmful specter of confrontation between business units, and send a message of mutual respect and tolerance throughout the organization. Once CEOs have collected information, they can integrate different viewpoints and are likely to come up with atypical solutions. Solutions might not be novel in and of themselves, but they are on the organizational level. According to Plambeck, novelty and creativity are direct consequences of the wider search process and broader employee contributions. In comparison, previous research has argued (Ocasio, 1995) that when an issue is clearly positive or negative; management generally draws from a repertoire of familiar strategies.

The importance of intensity

CEO ambivalence drives organizational actions and innovation when the CEO is strongly undecided. Only highly positive and highly negative evaluations create the “emotional arousal and alertness” that inspires action-taking. Mildly contradictory views are not only insufficient to provoke action but might send signals of CEO indecisiveness and irresolution. On the other hand, Plambeck has found that highly ambivalent CEO evaluations “not only [promote] organizational action-taking per se, but also increase scope of action.”

The researchers collected regulatory data for a sample of 119 global banks from 22 countries between 2014 and 2016. They obtained data on leading European banks from the European Banking Authority and data on large US banks from the Banking Organization Systemic Risk Report. But they had to crawl the individual websites of sample banks outside the US and the EU, including sites in Chinese, to gather data indicating systemic risk (including contagion, amplification mechanisms, etc.).
Based on an interview with Nils Plambeck and on the article, “CEO Ambivalence and Responses to Strategic Issues”, Organization Science, November-December 2009, vol. 20, n° 6, pp. 993-1010, co-authored with Klaus Weber, from the Northwestern University Kellogg School of Management.
Related topics:
Strategy
Human Resources
Organizational Behavior
Download & Print
Share
FACEBOOK
TWITTER
LINKEDIN
EMAIL