When the going gets tough, who can you trust?

Across the globe, Michael Segalla was surprised to find that business managers trust strangers considerably more than they trust their bosses. Trust levels nonetheless vary significantly according to national culture, as do firing practices, and firm trust increases somewhat with hierarchical rank and age. 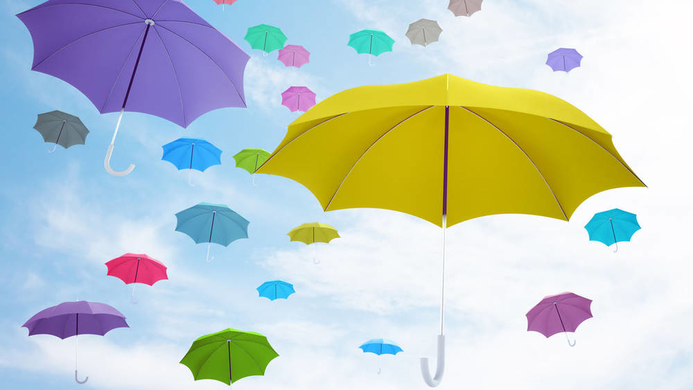 In 2009, Michael Segalla worked with former Michelin CEO, Hervé Coyco, to organize the Forbes CEO forum on managing talent in difficult times. A compelling topic of discussion among the 225 participants was how to attract and retain first rate, internationally diverse managers.

Segalla focused on a troublesome question: how much trust are foreign managers likely to have in their bosses and organizations, when they lack the common experience and references on which trust is typically built? And how can firms retain good people when employees do not feel their organizations are trustworthy? Segalla designed a study to explore these questions further, linking the issue of inner organizational trust with the worst case scenario of job dismissal.

Segalla’s study involved 700 managers from 40 countries educated in the best business schools in Europe, Asia, and non-European Anglo-Saxon countries*. He measured participants’ general trust in other members of society and compared it with their trust in their firms. Segalla was intrigued to discover that while the average general trust rate  was 3.7 (on a scale of 5), the average firm trust rate was just 3.0, and even worse, the average boss trust rate was a mere 2.7. “This is especially disturbing when you consider the high caliber of those surveyed. They testify to the world’s best efforts at developing managers; they have chosen to work in their companies and are critical members of their teams…”

Cultural differences and the effects of the crisis

The demographic variable that had the most significant impact on general trust was national culture. Asians appeared as the least generally trusting group (3), Europeans as average (3.7), and non-European Anglo-Saxons as the most trusting (3.9). When it came to firm trust, differences between national cultures were smaller, but ranking different. Europeans have the most trouble believing their bosses are truly looking out for their interests. They express the lowest rate of boss trust, below Asians (3.2), and non-European Anglo-Saxons (3.3).

The other demographic factor that Segalla found to be significant with regard to boss/firm trust was age. Younger people expressed the lowest levels of trust in their firms, and Segalla believes  that the economic crisis is the culprit. “For the five years prior to the recession, the business world was good to bright, young managers. This is their first experience with a tough, enduring recession. In contrast, it is the third recession for some of the older managers; they are more accepting of the ups and downs of economics.”

Who would you fire?

In another part of his study, Segalla asked the 700 international managers whom they would fire during a recession. In the past, low productivity and low potential used to make people vulnerable to layoffs, but the managers questioned overwhelmingly responded that they would fire a highly-paid, middle-aged, average performer. “In other words,” Segalla says, “they would fire someone for doing exactly what is expected and for accepting the pay raises that have simply come with increased seniority!” Such a choice would be not only very negative for the person fired, but also for the rest of the workforce. “It sends the message that the company will not take care of its employees,” explains Segalla.

Indeed, companies talk about values and about creating mutually supportive relationships between employees and their firms, but few actually follow through.  SAS Institute is an exception to this worrisome rule, and it is not surprising that it has been in the top 10 of Fortune’s best places to work list for years. CEO Jim Goodnight has said he founded the company to be different from all the places he had previously worked. It offers a plethora of benefits including free onsite health care, but no bonus packages. As a result, employee turnover is SAS low, despite typically high rates in the software industry. “It takes a lot of courage to resist peer pressure and do things differently,” says Segalla. “But you have to live what you talk. That is the only way to earn your employees’ trust, and trust is what keeps good employees.”

“Leaders need to be able to project reciprocal trust, even when times are tough.”

Working with my coauthor Deepak Somaya, we tested our theory using a sample of U.S. patent law firms and the scope of patent legal services provided to clients across different technology markets over a period of ten years. Our key questions were: (1) Does the changing scope of needs of existing clients lead to a significant change in the business scope of a focal law firm (which we call “client-led diversification”)? (2) Do relational assets increase the client-led diversification effect?
Based on an interview with Michael Segalla and on his article, “Faith in Firms”, Harvard Business Review, January-February 2010, extracted from the paper, “Threatened Leadership: The Loss of Subordinate Trust”.
Related topics:
Leadership
Human Resources
Download & Print
Share
FACEBOOK
TWITTER
LINKEDIN
EMAIL