Why Anti-Discrimination Laws Are Not Enough to Ensure Inclusiveness

The EU has a comprehensive legal framework to combat discrimination. But where exactly does the letter of the law lie and how can corporations make their businesses truly inclusive? HEC Paris professor Matteo Winkler suggests going above and beyond the law to make workplaces genuinely diverse. 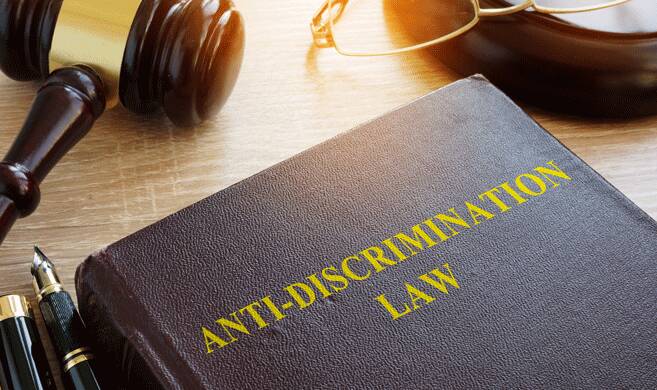 In 1968, the day after Martin Luther King was assassinated, an American teacher conducted an experiment that has become a famous example of how people succumb to discrimination. Jane Elliott divided her class by eye color, giving them arm bands based on their eye color and telling her students that eye color was an extension of race.

The next day she reversed the roles and observed the children’s behavior change. She observed that students who were left behind, in addition to being subject to humiliations, lost any motivation to learn. The experiment was widely reported and repeated in different contexts, showing the world that one can very easily simulate an environment that leads to prejudice. The experiment teaches us that it’s not prejudice that causes discrimination, it’s discrimination that causes prejudice.

The role of the law

This presents us with a question, are anti-discrimination laws sufficient to fight prejudice? Indeed, are they the best way for us to approach the problem? To answer this question, we first need to understand what protections the law provides. If you were asked what exactly is prohibited under EU laws when it comes to discrimination, could you give a clear answer?

Where and how the law offers protection is not an easy question to answer.

The answer may surprise you. European law prevents discrimination across 15 criteria: sex, race, color, ethnic origin, social origin, genetic features, language, religion or belief, political or indeed any opinion, membership of a national minority, property, birth, disability, age and sexual orientation. But where and how the law offers protection is not an easy question to answer.

To assess this, we look at four factors.

The best way to understand the limits of the law is to consider case studies.

The airwaves, a hypothetical workplace?

In Italy a very famous law professor and criminal lawyer named Carlo Taormina called gay people “genetic anomalies” and said “I don’t want them around; they make me sick” in a 2013 radio interview. This raised the question of whether this is a workplace and whether there is a victim. As the comments were not toward a specific individual or took place in a specific workplace, it might be wrongly assumed that the law doesn’t come into play in this instance. But that would be a false assumption. Indeed, the courts – in a long string of appeals all the way to the highest court in the European Union – ruled against Taormina and, accordingly, the Italian tribunals ordered him to pay €10,000 in damages.

The case of discrimination towards customers

Let’s look at another case. In 2013 Guido Barilla, the pasta billionaire, spoke on Italian radio about his views of homosexuals, suggesting that they “eat another” pasta brand. “I would never do a commercial with a homosexual family, not for lack of respect, but because we don’t agree with them,” Barilla said on Italy’s most famous radio talk show. The statements provoked an international reaction and led to a major boycott. But rather than doubling down, Barilla met with Parks Liberi e Uguali, a nonprofit dedicated to fostering LGBT inclusion, and the Tyler Clementi Foundation, which aims to end bullying and online harassment.

The company introduced diversity and inclusion classes and unconscious bias training for the entire workforce and has become a model company when it comes to fighting discrimination and being an inclusive employer. In this case the law didn’t have to step in and the business was able to find a far more effective way of correcting its behavior.

The impact of micro-aggressions

Since the 2000’s microaggression theory has been widely adopted as a way to analyze discrimination in the workplace. According to the theory, microinsults can occur when someone conveys insensitivity or a lack of respect to someone because they belong from a certain group. Microassults occur when someone uses discriminatory statements to express societal disapproval. Microinvalidations occur when someone nullifies a person’s experience of being a woman, for example, by silencing voices or under-recognizing their skills. What is difficult is to use anti-discrimination laws to fight against microaggressions. As mentioned above, anti-discrimination laws require a victim to sue, whereas microaggressions, even while they undermine individuals, raise the issues of sufficient evidence and perception of having been actually denigrated.

Moving on from reliance on laws

After investigating the role of the law in preventing discrimination, it has become clear that instead of relying on the law to act as a deterrent, the best way to foster diversity is to cultivate a culture that prevents lawsuits from ever having to happen in the first place.

Instead of relying on the law to act as a deterrent, the best way to foster diversity is to cultivate a culture that prevents lawsuits.

Companies must find ways to create a culture where the risk of microaggressions is mitigated and every employee has a sense of belonging. This must be done by adopting a holistic approach to inclusiveness and moving beyond training. We need to actually design inclusiveness into the workplace through real change. It’s also crucial for companies to look beyond the business case for inclusivity and to show their employees that creating an inclusive workplace makes work and life a better experience for every single employee.

listen to the webinar:

External content from Youtube has been blocked.
Access privacy settings
[Forbes] Sexual Harassment At Work: What The Law Says [In French on The Conversation] Les lois anti-discrimination peuvent-elles suff… [Matteo Winkler on Medium] Wanna See the Anti-LGBT Narratives in Action? Look a…

Our research involved a literature review of legal texts and case law.

Our research will be of value to businesses, both in helping ensure compliance with the law and in forming environments where employees can be happy and productive.