Why So Few Women Occupy the Most Lucrative Jobs

Though women have made inroads into traditionally male-dominated sectors, gender gaps still exist in the most influential and best-paid jobs. Two authors looked beyond discriminatory hiring practices and women’s “self-selection” out of applying for highly desired jobs — and find explanations at the heart of corporate culture. 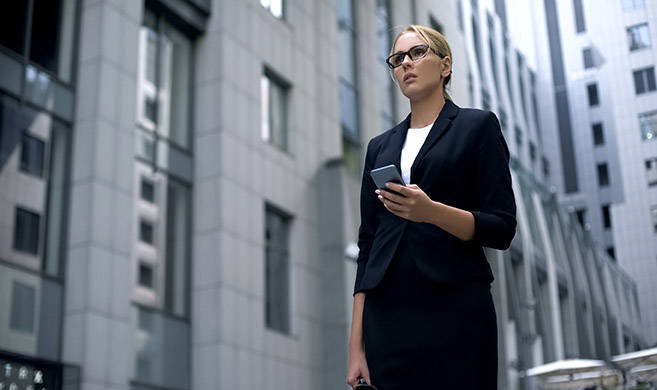 A large factor in the persistent gender pay gap is the fact that men and women tend to work in different occupations and sectors, with men in consistently higher-paying positions and industries. Major banks, for example — which offer some of the highest salaries available — have a stunningly poor record in promoting gender parity. They rank among the companies that have paid the most in damages for workplace discrimination and harassment cases in the US. One recent study found that Bank of America, and its subsidiary Merrill Lynch, had paid $210 million since 2000, the most of any large corporation. Morgan Stanley was fourth on the list, at $150 million, and Wells Fargo ninth, at $68 million. Altogether, the financial services industry has paid a whopping $530 million in penalties.

Meanwhile, in this #MeToo era, regulations that aim to equalize or at least illuminate gender pay gaps are increasingly being imposed. In the UK it is mandatory for companies with 250 or more employees to disclose their gender pay gap. Some European countries and US states have a “diversity mandate” for corporate boards. 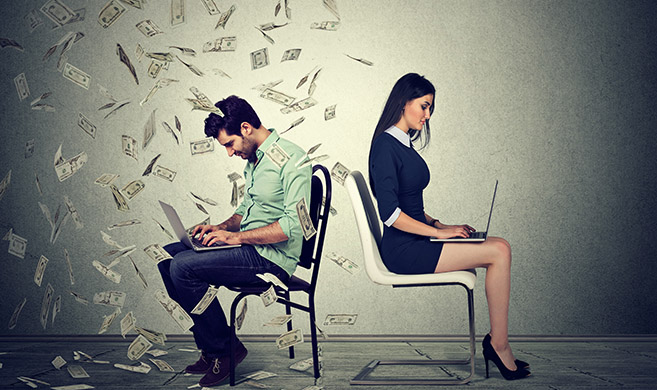 So obeying the law and avoiding penalties alone would be sufficient reason to question why there are so few women in some of the best jobs today. In addition, it has been widely demonstrated that a diverse workforce benefits companies with an enlarged talent pool, greater innovation and improved performance. So why the persistent glass ceiling? Are some companies offering women fewer positions at less pay, as some studies have found? Or is it that women are not applying for certain jobs? It is difficult to say without looking closely at the entire timeline of the employment search.

We sought to study the way in which equally skilled men and women go through the job-application process in order to understand gender segregation in the workforce — and the concomitant earnings gap between men and women. We conducted the first study of its kind, surveying more than 1,000 students from a large European MBA program. We examined the thoughts and expectations of applicants at different points during the job search, as well as employment outcomes.

Our analyses provided the first direct evidence that similarly qualified men and women will sometimes apply to different kinds of jobs, based on the effects of their gender role beliefs.

We noted that three factors determine which jobs applicants pursue: how individuals evaluate the rewards provided by different jobs, whether they identify with those jobs and whether they believe that their applications will be successful. To our knowledge, at the time of publication, our analyses provided the first direct evidence that similarly qualified men and women will sometimes apply to different kinds of jobs, based on the effects of their gender role beliefs. Our study has since been acknowledged as having addressed an important gap in understanding the gender pay gap, and is now a key reference for subsequent related research.

Specifically, our findings indicated that women are less likely than men to apply to finance and consulting jobs, which offered the highest incomes in the cases we studied, and are more likely to apply to general management positions. These differences are partly explained by women’s preference for jobs with better anticipated work-life balance, their lower identification with stereotypically masculine jobs (particularly in finance) and their lower expectations of job offer success in such stereotypically masculine jobs. Contrary to stereotypes about women, women in our sample were just as motivated by high salaries as men. Also interesting to note: though they were less likely to apply to finance jobs, women were in fact more likely than men to have worked in finance jobs prior to the MBA program.

Surprisingly, despite their lower expectations of receiving job offers, we found no evidence that women were less likely to obtain job offers in any of the fields studied once they applied. These results point to the ways in which gender differences can become entrenched through assumptions that job candidates carry with them into the application process.

The “weak pipeline”: a weak excuse

Even though in our study gender segregation is largely a consequence of application behavior, much of that application behavior ultimately reflects facets of the job that employers have control over. For example, practices that reduce conflicts between work and family could encourage more women to apply. It is also possible that a long record of discrimination has shaped the way that women identify with and expect to succeed in jobs in finance and other sectors.

Practices that reduce conflicts between work and family could encourage more women to apply.

In short, organizations must address deep-seated organizational issues to encourage female applicants and channel them into their talent pipeline. They may check off all the legal boxes, and reduce bias in hiring. But if they do not change the culture at their organizations, women may not apply at all. As an introduction to our work put it, “Organizations tend to use the weak pipeline as a justification for why they have not made more progress, but they tend not to look into the ways that their practices might actually be producing the pipeline problem.”

Attracting more women in traditionally masculine settings involves more than changing the photos in a brochure.

Society is increasingly imposing regulations and sanctions in the area of workplace gender parity. Therefore, understanding your company’s position in this regard, and making necessary corrections, could be crucial. However, beyond avoiding negative legal or regulatory outcomes, there are positive benefits to encouraging diversity: it enlarges the potential talent pool, and encourages innovation and a broader viewpoint. Yet attracting more women in traditionally masculine settings involves more than changing the photos in a brochure. It requires shaking up the entire corporate culture to reduce conflicts between work and family, and — perhaps less tangible — transforming the atmosphere, the level of aggressiveness, and the language used in meetings and internal documents.

We collected data from three classes, 1,250 students total, in a large European MBA program over two years as they searched for new jobs. We divided potential jobs into three categories: finance, consulting and general management. We surveyed the students at the beginning, middle and end of the process about their preferences (salary, work-life balance), how much they identified with certain jobs, the jobs they applied for, their expectations of getting an offer, the offers they received and the offer they accepted. We analyzed the data to determine differences in viewpoint and outcome for male and female job seekers.

Roxana Barbulescu's research focuses on the mechanisms underlying the career trajectories of managerial and professional workers. She has examined how...