Will openness and transparency strengthen democracy in the EU?

The principle of openness is set to fling open the doors of institutions hitherto perceived as having been created and operated by elites and hidden from democratic scrutiny. But will openness, meant to improve transparency and participation, really enhance political legitimacy and accountability so as to strengthen democracy in the EU? 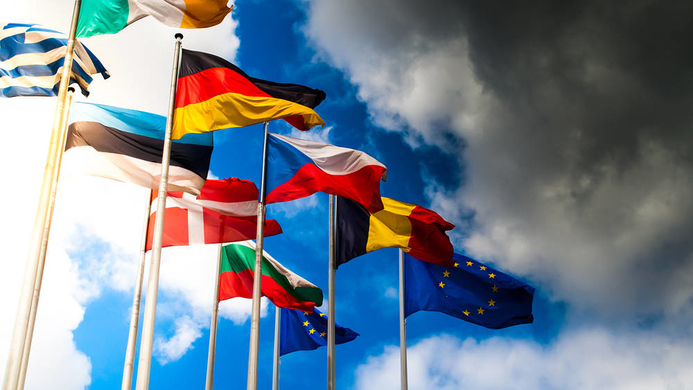 Fog shrouds Brussels, and not just in the wet winter months. The workings of EU institutions are hazy for a majority of European citizens. According to a 2006 Eurobarometer survey, an astounding 78% of Europeans are unsure of the EU's structure and uncertain as to which decision-makers to turn to in case of an issue. The word “opaque” is still often used to describe European affairs, most recently regarding negotiations on the Transatlantic Trade and Investment Partnership (TTIP). Unfortunately, secrecy – real or perceived – fuels the democratic deficit (again, real or perceived) of the EU.

To promote good governance, the EU has made openness one of the new guiding principles of the functioning of its machinery. The principle has been progressively integrated into European law, through the work of the European Court of Justice (ECJ) and, after the 1990's, through Treaty amendments and other regulatory frameworks. As a result, according to HEC Paris researcher Alberto Alemanno, the activity of the EU has actually become — on average — more open than that of most EU countries, including France. In his new paper, he explores the principle of openness in EU law and if it really improves legitimacy and accountability in the EU.

From transparency to openness

Historically, the most developed aspect of openness is transparency, which is recognized and implemented as the right to access documents. Interestingly, this right is granted not just to EU citizens but also to individuals from outside the Union. Alberto Alemanno cites the example of non-EU citizens who had their assets frozen in the fight against terrorism and wanted to know the rationale behind the decision. In most cases, “ordinary citizens” demanding access to documents do so within administrative procedures, for example farmers wanting to know if they were allocated the correct amount of agricultural funds. “Reason-giving facilitates oversight and accountability to political actors and the general public,” writes Alberto Alemanno. According to him, NGO activists and journalists were the first to exercise this right, and requests from reporters were “pivotal” in compelling the ECJ to interpret the right in the broadest manner.

Gradually, the principle of transparency saw its scope broadened from the right to access documents to “openness.” All EU institutions are now under legal obligation to “conduct their work as openly as possible.” For instance, the European Parliament and Council must meet in public when considering a draft legislative act, and be proactive in the disclosure and reporting of their activities (i.e., publish documents without waiting for requests). This is a true paradigm shift. In Alberto Alemanno’s words, “Whereas the earlier tool was a passive one, a tool that required a specific, bottom-up action from civil society, openness is now a top-down process, and an active duty on the part of EU institutions.”

By formalizing the principle of openness, the EU has created privileged tools to increase communication and participation with its citizens and stakeholders.This potentially enhances the Union's democratic legitimacy, as long as publishing documents and designing Citizens' Initiatives is seen as a means to an end, not an end per se.

While giving the public access to information is a laudable idea, is it the best way to address the alarmingly low literacy rate in EU affairs among citizens and enhance democratic governance? It may sound counterintuitive, but Alberto Alemanno finds that more transparency does not directly translate into more accountability or more legitimacy. One reason is information overload. How accessible really are pages and pages of dense administrative text? “If what is available is written in a convoluted style; the risk is that citizens will be put off,” says the researcher, who explains that, “the level of literacy in EU affairs among most citizens is more modest than that of their government actors.”

The risk is that only informed parties like lobbyists and NGOs, or whom Alberto Alemanno calls the “usual suspects,” will make use of available information — information that these actors would have gained access to regardless of EU efforts to increase transparency. Another reason that transparency might not improve EU legitimacy is that the media may be selective in what they choose to relay to the general public: “The media tend to highlight policy failures rather than successes.” Although transparency has its limits, as outlined above, it remains an essential component of openness. Another component is the participation of citizens.

The new dimension of participation

As stated in the EU Foundational Treaty, the goal of openness is “to promote good governance and the participation of civil society” in EU decision-making. New avenues of participation have been opened to the public. A major innovation of the Treaty of Lisbon was the European Citizens' Initiative (ECI), the first transnational instrument of direct democracy. This mechanism allows citizens to call directly upon the European Commission to initiate a legislative proposal, provided the initiative gets backing from one million signatories in seven different countries of the 28 member states. “On paper, it is the foremost opportunity for citizens to lead politicians to take action on an issue,” says Alberto Alemanno. But the Commission retains the power to decide whether the initiative is admissible; for example, when a recent ECI asked that TTIP negotiations be blocked, the Commission rejected the initiative on procedural grounds.

A more successful example was the campaign — initiated by a former student of Professor Alemanno — asking for the end of international roaming fees on telecommunications. Although the actual ECI never collected the required signatures, enough political pressure was exerted to prompt the Commission to take action, and the European Parliament voted to abolish these fees. That's why Alberto Alemanno sees “significant potential” in this instrument of participatory democracy: “The Commission has no legal duty to translate an initiative into legislation, but an ECI can make an issue salient and create pressure to act.” He believes that the ECI can be made even more relevant and the process simplified when it is revised in 2015. “As the European Court of Justice has not had the chance to define its exact scope and nature, we are still learning by doing.”

By formalizing the principle of openness, the EU has created privileged tools to increase communication and participation with its citizens and stakeholders. This potentially enhances the Union's democratic legitimacy, as long as publishing documents and designing Citizens' Initiatives is seen as a means to an end, not an end per se. For example, any citizen can submit ideas on proposals initiated by EU institutions on issues such as the regulation of tobacco, greenhouse gas emissions, or capping bankers’ bonuses, but the problem is that only those with vested interests, such as “professional lobby groups who are well funded, well prepared and will fight for their ideas,” typically do so. Alberto Alemanno asks: how can we engage the “missing stakeholders” — those citizens who are either unable to participate, or willing but not motivated to do so? According to him, it is up to national politicians to improve the literacy of citizens in EU matters by communicating widely and honestly the decisions they take in Brussels. In addition, he believes that social media is a promising medium for engaging civil society: “Social media is where people spend time and interact. Citizens no longer mobilize through political parties, but, as the success of platforms like Avaaz proves, they have never been more eager to commit to political issues.”
Based on an interview with Alberto Alemanno and his article «Unpacking the Principle of Openness in EU Law, Transparency, Participation and Democracy», European Law Review , février 2014, vol. 39, n° 1, pp. 72-90. For more information: Read the OECD report by Professor Alberto Alemanno: "Stakeholder engagement in regulatory policy" Ref: GOV/RPC(2014)14/ANN2
Related topics:
Law
Europe
Download & Print
Share
FACEBOOK
TWITTER
LINKEDIN
EMAIL