3 Objectives to Create Intelligence in the Face of Uncertainty

Uncertainty is an invisible trap, set to blind our capacity to avoid nonsense and create actual intelligence. Why invisible? Because uncertainty is powered by what we do not know, which is particularly difficult to become aware of. Anne-Sophie Chaxel, HEC Paris Associate Professor of Marketing and expert in cognitive biases, gives three objectives to keep in mind to embrace uncertainty, along with practice tool boxes to create intelligence. 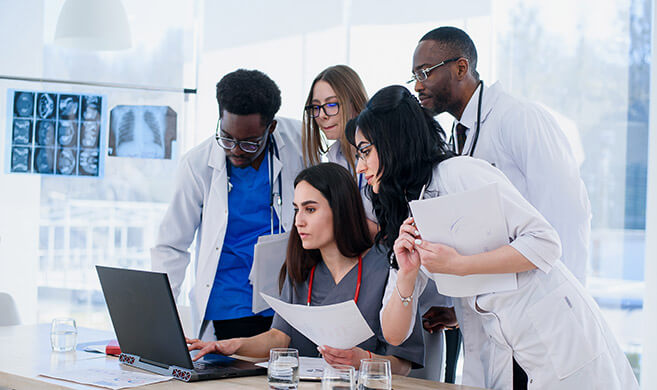 There has been a lag between the unfolding of the virus and the awareness the crisis is real in the general public. We first behaved as if normalcy was to be expected in a few weeks. We then hoped for a few months. Most people realize now that we will be leaving in an uncertain world for… an unknown period of time. Therefore, waiting for normalcy to come back is not anymore a viable option. Decision-makers need to embrace uncertainty; and grieve their hopes to overcome uncertainty. Instead, decision-makers must learn to manage it, and ride with it. To do so, I outline three objectives to keep in mind.

You shouldn’t be waiting for the back to normal but you should be making decisions right now.

First, I say, let’s not fear uncertainty. Instead, let’s face it. We need to make the trap visible. To do so, let’s consider where uncertainty hides, and let’s forcefully look for it. The first source of uncertainty are the data themselves. When gathering data in an uncertain context, we tend to pay too much information to the most readily available information. So at the beginning of the crisis, especially in Western countries, we heard “virus” and we recalled information that we had stored in our memories about the flu. Asian countries on the opposite had assimilated with MERS and SARS that viruses can be dangerous, and therefore had a faster reaction. The problem of such selective retrieval of information is that it impacts what type of information we seek next. That’s the very famous confirmatory bias. So once we labelled the coronavirus a “flu”, we then tended to look for information that the virus was not dangerous. Hence, the data we retrieve is uncertain because we do not know much about the situation we are facing, and existing information is misleading.

Not only is the data uncertain, but we also tend to ascribe too much certainty to the data we get, as if we were doubling-down on the uncertainty trap.

The second place to look for uncertainty is therefore yourself. Situations of uncertainty require a good dose of humility, and to recognize that one’s estimations may be off. If not – in the absence of this humility, we proceed to reaching conclusions without even noticing that we do not have all the knowledge necessary to make a sound decision.

The third source of uncertainty are others. We tend to prefer any knowledge over no knowledge at all in the face of uncertainty. But information abounds, and not all of it is reliable. Unfortunately, we often tend to trust the most confident person in the room, yet this person may not necessarily be the most knowledgeable. The most knowledgeable person may appear the least confident, because they know how unpredictable the situation is.

The most knowledgeable person may appear the least confident, because they know how unpredictable the situation is.

Objective 2 - Remember the goal is to expand what you know

If there is something we know for sure about uncertainty is that people really hate it, and that people would do anything to regain a sense of control over their lives. To regain a sense of control, most people tend to “freeze” their beliefs (in their brain). In other words, we want to be able to say to ourselves: “At least I know what I know”. And to protect our worldview, we tend to bias our evaluation of incoming information to make them fit with what we believe in. This phenomenon, called information distortion, leads us to develop stronger opinions when we face uncertainty, decrease creativity, leads to more stereotyping, and more societal polarization. 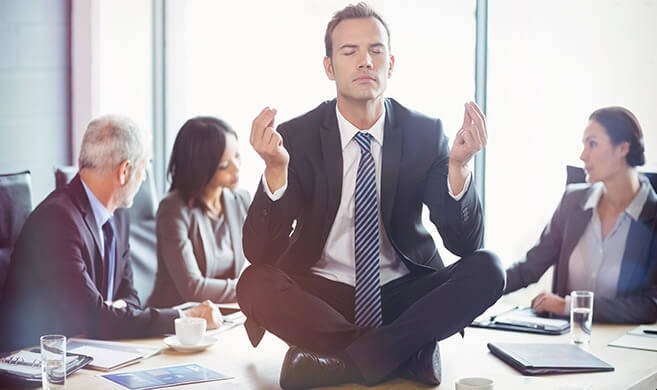 In addition, to regain a sense of control, we also tend to look for cues that the unpredictable was indeed predictable. One way is to look for scapegoats, and to ascribe the responsibility to the crisis to somebody. This is the famous “hindsight bias” by which we tend to think that low-probably events could have been better dealt with. Another way is to come up with conspiracy theories.

To avoid thoughts that the world is random, we tend to come up with explanations that involve large causes - it’s a conspiracy.

Why are conspiracy theories blooming? A world that is predictable is a word for which a small cause has a small consequence, and for which a large cause has a large consequence (think fitting a regression). The virus has large consequences. Therefore, to avoid thoughts that the world is random, we tend to come up with explanations that involve large causes (it’s a conspiracy). In other words, we tend to want to regain control in areas over which we cannot, actually, regain control.

To be able to avoid freezing in a context of uncertainty, I suggest regaining as much control as possible in controllable elements of your life. Think of the outcome of any decision as the product of three elements: chance (or close to unpredictable factors), your decision-making skills (how you made the decision), and your implementation plan. Grieve your loss of control over uncontrollable elements of your decision-making process. Instead, focus on controlling what you can control in your life. Outside of management, a good example of how people have tried to regain control is the new excitement around cooking. Nothing is more predictable and rewarding that following a recipe: a clear action guide, a clear implementation, and the desired outcome. In the management domain, regain control of the elements you consider in your decision-making process and your implementation planning. Once we successfully distinguish what is controllable vs. uncontrollable and regain control in controllable contexts, we will feel more incline to stay flexible and relinquish control over uncontrollable elements.

How can we learn from experience when we know very little? First, we need to be able to build certain knowledge, fast, so that we can reduce uncertainty. Doing so requires thinking of learning as much shorter feedback loops than usual. In other words, yes – there needs to be a plan. But expect the plan to go wrong and adapt it quicker than usual. Think small steps first.

One challenge to do so is that our capacity to distinguish between chance and skill is fogged in the face of uncertainty. Therefore, I suggest assessing the validity of a decision at the time it is made (i.e., how the decision was made) instead of simply relying on the outcome. In addition, using pre-mortems instead of post-mortem analyses can be useful to make sure all important information has been taken into account.

The coronavirus situation has taken a physical toll, but it also has impacted our capacity to think clearly. The good news is that there exists a lot of certain knowledge about how we can avoid nonsense in the face of uncertainty. For the least, the current situation has tested our ability to react with intelligence when we know very little.

How to Deal with Severe Uncertainty? Yes, You Can Be Trained To Make Better Decisions Thinking About Time Flying? It Can Affect Your Decision Making [In French] Créer de l'intelligence en période d'incertitude : ou l’importance …
HEC Paris Executive Education is organizing a series of free webinars to best deal with the crisis caused by the Covid-19. Professors share their analysis of the situation and give insights on how to recover from it. This article is an outcome of the webinar led by Prof. Chaxel, "Creating Intelligence in the Face of Uncertainty". In French: Retrouvez la série de webinars pour préparer à la reprise post-coronavirus.
Related topics:
Decision Sciences
Strategy
Economics
Marketing
Download & Print
Share
FACEBOOK
TWITTER
LINKEDIN
EMAIL