A 4 x 4 Matrix: What Went Into it and How it Made International Development as we Know it?

Most international development agencies and non-governmental organizations (NGOs) have some experience planning and evaluating projects using the Logical Framework matrix. Professors of Accounting Daniel Martinez (HEC Paris) and David Cooper (University of Alberta) traced the managerial traditions that informed this visual instrument and the implications this has for international development. 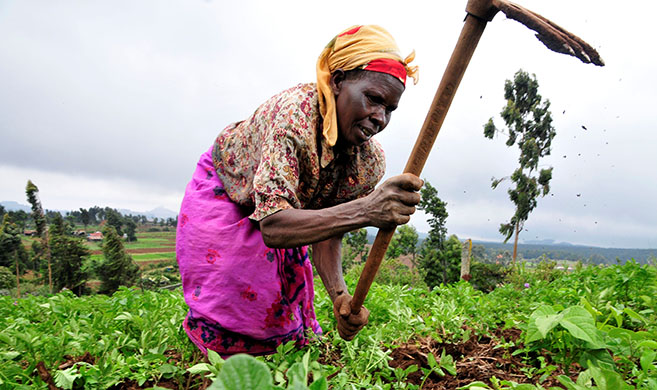 What is the Logical Framework?

The Logical Framework is a tool commonly used in international development to plan and evaluate development projects. It is essentially a 4 x 4 matrix [see figure] that was developed for the US Agency for International Development (USAID) in 1969. 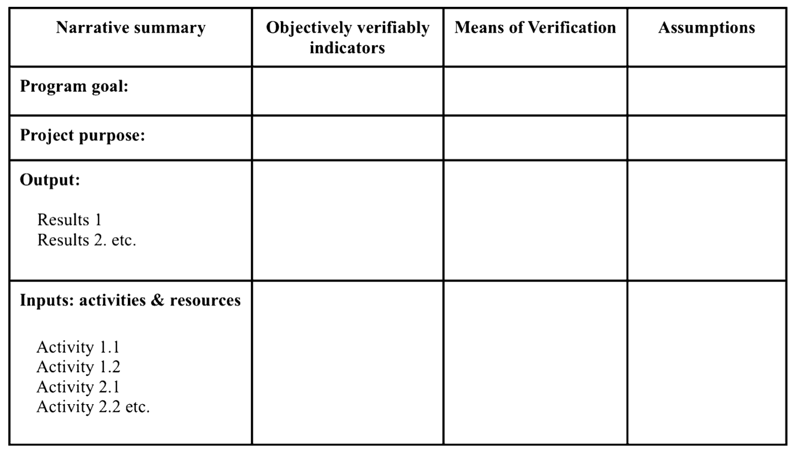 This is important because while these management traditions informed the Logical Frameworks’ design, they also provide a standardized way of seeing, representing, and intervening in international development. They inform how projects are formulated, operationalized, and how beneficiaries around the world are intervened in the name of development.

The “logical framework” used to plan and evaluate projects, is imbued with management traditions, and thus provides a standardized way of intervening in the world, occluding alternative approaches to management.

So, what are the implications for development projects?

Access to land and food security, for example, implicates all sorts of local and international economic, climatic, cultural, social, and political factors affecting one another. The local NGO, required by its international funders to use the Logical Framework, is often bound to plan and report causal, measurable, and objective-based development interventions that exclude that which is not readily measurable. The Logical Framework renders land and food security development interventions as a 1960s-informed managerial issue. One can’t add much nuance to its 4 x 4 iron cage—there is literarily no space for it in the matrix.

An implication is that while these rational, managerial, scientific traditions inform ways of seeing and intervening in the world, they also occlude alternative visions and approaches to management.

The local NGO, required by its international funders to use the Logical Framework, is often bound to plan and report causal, measurable, and objective-based development interventions that exclude that which is not readily measurable.

Alternative visualizations might account for these other factors, and include political groupings, power dynamics, and socio-political effects. (Although we are currently investigating how NGOs sneak politics and social movement aspirations it.)

The matrix, but also the list and the rank, is a visual instrument that arranges thought and the world in a certain way. Matrices are powerful and we find them in all sorts of performance management tools such as the Balanced Scorecard, Risk Maps, and the Logical Framework. By studying the traditions that inform the Logical Framework matrix we get insight into its power and the type of international development it makes possible.

Dancing With the Devil: When NGOs Partner With Commercial Firms The Rise of Rankings in Global Governance: How Can They Change the Regulation o…
Article by Daniel Martinez of HEC Paris, based on a research co-authored with David J. Cooper, Professor of Accounting at the University of Alberta, Canada.
Related topics:
Accounting
Management Control - Audit
International Management
Operations Management
Download & Print
Share
FACEBOOK
TWITTER
LINKEDIN
EMAIL