Can we Trust Credit Rating Agencies to Detect Accounting Fraud? 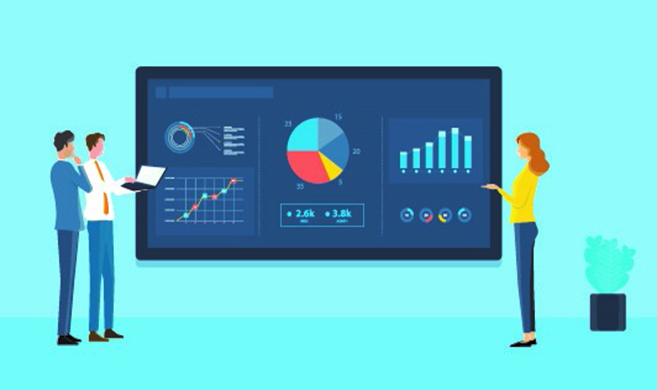 Accounting fraud imposes severe costs on firms and their stakeholders. Fraud firms face higher cost of capital as well as legal and regulatory sanctions. While shareholders suffer the brunt of these damages, frauds can also affect debt holders when firms miss contractual payments or declare bankruptcy. Credit rating agencies traditionally act as gatekeepers for debt holders, but their role and responsibility in detecting accounting fraud remains an open question.

What is the role of credit rating agencies?

Credit rating agencies evaluate firms’ credit risk. On the one hand, credit rating agencies are in a unique position to detect accounting fraud. First, they have access to non-public information. Second, they state clearly in their rating framework that a firm’s financial transparency affects their rating decisions. Last, they have reputational incentives to ensure that their ratings are accurate and thus should scrutinize firm financial reports.

Concerning information access, rating agencies’ privileged access to private information, as well as the use of non-disclosure agreements, allows them to directly observe proprietary information not available to other information intermediaries.

Moreover, regarding incentives to incorporate fraud information in their ratings, rating agencies conduct site visits during the initial rating and again during each annual review. Private meetings with top executives allow rating analysts to observe executives’ vocal cues and facial expressions, all of which can help rating analysts better gauge executives’ management philosophy, personality, and integrity.

Why are credit rating agencies criticized?

Investors and regulators have criticized credit rating agencies for failing to sufficiently assess issuers’ financial reporting quality, especially in the wake of the high-profile fraud cases of the early 2000s. The more recent financial crisis has casted further doubt on whether credit rating agencies have the expertise to analyze complex transactions and products and the incentive to expose frauds. Indeed, credit rating agencies specifically stated that they “heavily rely on the quality, completeness and veracity of information” disclosed in firms’ published financial statements, and that they do not focus on “searching for and exposing frauds.” Finally, even if they detect accounting fraud, they may withhold a negative rating action in order to stabilize ratings for contracting purpose or regulatory concerns.

Credit rating agencies heavily rely on the veracity of information disclosed in the financial statements, and do not focus on searching for and exposing frauds.

To answer whether credit rating agencies detect accounting frauds, we examine their rating actions against fraud firms prior to the frauds’ public revelation date. We found that these fraud firms received a greater number of negative rating actions during the four quarters prior to the public fraud revelation, including lower ratings, more rating downgrades, and more negative credit watch additions.

This result holds regardless of whether we compare fraud firms with non-fraud firms that have similar economic fundamentals and stock performance, or with themselves but during non-fraud periods. In particular, we find that 38% of firms committing accounting fraud are downgraded and 30% of firms committing accounting fraud are put on negative credit watch during the two years before fraud revelation. On average, they experience a cumulative downgrade of a 0.63 notch during the four quarters before the fraud is publicly revealed, which equals 68% of the average downgrade magnitude during the quarter in which the fraud becomes public (a 0.92 notch).

Our findings also show that such negative rating actions are not limited to fraud firms that are in financial distress, but also those that appear financially healthy. This suggests that credit rating agencies respond not merely to deteriorating performance of fraud firms, but also to accounting fraud per se.

We also found that credit rating agencies take more timely actions against more severe frauds, when other market participants such as short sellers also target fraud firms, and when frauds involve misstatements in accounts routinely scrutinized by rating agencies such as long-term tangible assets, intangible assets, and liabilities. This is consistent with credit rating agencies leveraging their expertise in analyzing long-term default risk and being more capable of detecting frauds involving accounting items of greater relevance to credit risk.

Last but not least, credit rating agencies’ warnings about fraud firms have real consequences. These actions not only provide relevant information to the equity market and inform investors, but also contribute to the public identification of frauds and accelerate fraud discovery. Specifically, rating downgrades of one notch against fraud firms shortens fraud duration by 1.1 quarters, or 13% of the average fraud length. Interestingly, this effect does not diminish when we control for short sellers, suggesting that short sellers and rating agencies play independent roles in fraud revelation, likely due to their different expertise.

Overall, we conclude that credit rating agencies possess private information about accounting fraud prior to its public revelation and that they incorporate this information into negative ratings actions, accelerating fraud discovery. This highlights the essential information intermediary role they play in the capital market.

Our research findings highlight the essential information intermediary role they play in the capital market.

Trust and Financial Markets: Lessons From the Madoff Fraud
This article by Pepa Kraft is based on the research, “Credit Rating Agencies and Accounting Fraud Detection" by Pepa Kraft of HEC Paris, and Allen Huang and Shiheng Wang of Hong Kong University of Science and Technology, published in the Journal of Corporate Finance (2020). Learn more about this research on this article on The CLS Blue Sky Blog.
Related topics:
Accounting
Finance
Download & Print
Share
FACEBOOK
TWITTER
LINKEDIN
EMAIL