The Challenge of Different National Leaderships for Tackling Covid-19

As the COVID-19 pandemic unfolds, we observe starkly divergent approaches being experimented across the European Union. In this interview, Alberto Alemanno, Jean Monnet Professor of European Union Law at HEC Paris, explains this lack of coordination between the governments and its consequences, and shares his insights on what could be improved in this diverse decision-making setting. 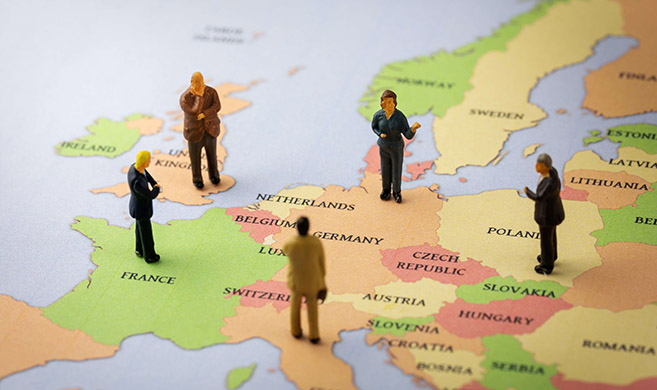 Why didn't the EU countries collaborate to decide one and timely response?

The EU cannot close schools, suspend football matches or lock down European cities. It cannot even close borders to curb the spreading of the virus. Only its member countries can do that. That’s just what they did by introducing a ban on entry to the 26-state Schengen zone.

In the absence of a pan-EU approach to COVID-19, each country is enacting its own response and, ultimately, its overall containment strategy.

In the absence of a pan-EU approach to COVID-19, each country is enacting its own response, not only in terms of timing but also of the choice of the instruments and, ultimately, its overall containment strategy. These country-by-country restrictions already affect more than 200 million EU citizens. As time passes, many more will soon find themselves affected by this unprecedented compression of personal freedom in our liberal democracies.

What are the consequences of this lack of coordination?

The coexistence of these starkly divergent and often contradictory approaches to COVID-19 on the same continent is already producing some major, unintended and costly consequences.

The most tangible one is the reintroduction of border control measures among the 26 EU Schengen countries. Although border restrictions do not entail any major health gain but rather slow the free movement of workers and goods needed in an emergency, they are a response to the inability of Union’s member states to devise a coordinated action plan preventing those cross-border movements from happening.

Border restrictions are a response to the inability of Union’s member states to devise a coordinated action plan preventing those cross-border movements from happening.

Ultimately, the European handling of COVID-19 has unveiled an uncomfortable truth. Given the unprecedented level of socio-economic interconnectedness existing on our continent, nation-state solutions could do more harm than good by offering a mere illusion of security and safety for its people.

What do you think they could do better, if they could, considering cultural differences in terms of decision-making process?

There’s reason to believe that should a EU-wide coordinated response be organised, not only would border restrictions be avoided (as they would no longer be justified) but the choice of the containment interventions would benefit from a greater variety of advice, perspectives and a wider public debate.

As a point of reference, let’s take the regions of EU member states, such as the Basque region - which stretches across France and Spain - not exclusively their unitary territories France or Spain. Let’s consider these regions as they stretch across European state borders. Measures designed at such a local scale would also be more tailored, proportionate to their declared goals, and potentially more freedom-preserving. As such, the health effectiveness, as well as legitimacy of the current (often draconian) national risk interventions would be enhanced.

Would you like to give any advice on how to deal with diversity through leadership in the EU area?

As each national approach against COVID-19 entails different trade-offs, and those spill over to other countries, there is a moral — albeit not yet legal — argument for our national leaders to coordinate their public health interventions as a matter of urgency.

As more and more European citizens move to imposed or self-imposed home confinement, the imperative for national leaders to think, act and protect Europeans, regardless of whether they count among their voters or not, is set to grow more urgent than ever.

In my view, the EU 27 health ministers could - on a voluntary basis - decide to pool their sovereign emergency powers.

In my view, the EU 27 health ministers could - on a voluntary basis - decide to pool their sovereign emergency powers. They could start coordinating their health response, by taking a common line on testing, containment, quarantine and social distancing. While not compelled by the European Union, national leaders are increasingly expected to do so by a European public up in arms.

Listen to Alberto Alemanno on the HEC Paris podcast:

#EU: Why didn't the countries collaborate to decide one and timely response? What are the consequences of this lack of coordination, and what could they do better? Answers by @alemannoEU, #HECprof of EU Law https://t.co/5Xsl2JuRM2