Cultural Trends and Family Offices in Asia and the Gulf

While wealthy families are increasingly looking to set up family offices in Singapore and the Gulf, managers need to be aware of the evolution of the cultural trends in those regions. How will those trends shape family offices’ investment decisions in the next decade? To address this question, Guido Gianasso, Professor (Education Track) of Leadership at HEC Paris in Qatar and cultural intelligence expert, shares the results of his study of cultural dimensions based on the observation of 600 Executive-level students, with a focus on Asia and the Gulf region. 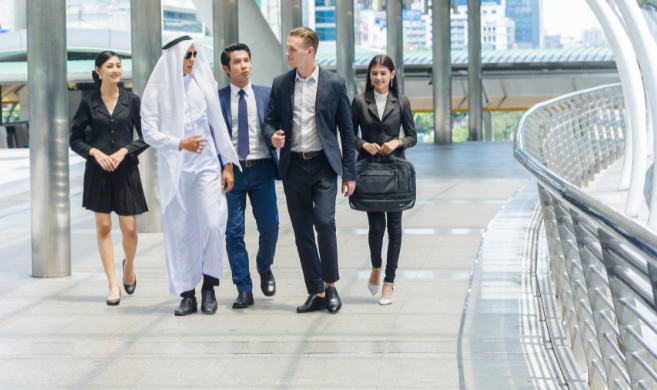 In 1982 the prominent demographer John Naisbitt wrote the book “Megatrends”, wherehe predicted various outcomes for the future of societies worldwide based on current events.

Re-reading his prophetic tome during the COVID period sparked my own curiosity regarding how cultural change in new generations will impact the future of wealth management and family offices. This decade, family offices are facing the largest generational wealth transfer of all time, with $68 trillion expected to transfer hands in the next 25 years. A new generation will be controlling family investment decisions. Will this bring along major change? I decided to focus my analysis on Asia and the Gulf region as these two regions are witnessing a spectacular increase in the number of ultra-high net worth individuals and family offices. In particular, Singapore and Dubai are becoming major hubs for family offices from around the world.

To address this question, I used my research on National and Generational culture in the Academic environment. Being a professor of leadership, I had the opportunity to 'measure' the cultural traits of over six hundred Executive MBA participants over the past ten years. I focused on two groups. First, Asians (Singaporeans, PRC Chinese and Indians) attending the Nanyang Business School (NBS) EMBA in Singapore. Second, Arabs from the Gulf Cooperation Council (GCC) region – which encompasses UAE, Qatar, Saudi Arabia, Oman, Bahrain and Kuwait – attending the HEC Paris EMBA in Qatar and Saudi Arabia. These two groups of EMBA participants are similar from a demographic standpoint; alike in gender balance (30% women), average age (38), work seniority (12+) and socio-economic background (well-educated, English-speaking upper-middle and upper class).

Increase of Individualism and Decrease of Power Distance

According to Hofstede (Hofstede, G., 2010), Asians and Arabs from the Gulf region are relatively similar when it comes to two key cultural dimensions: Individualism and Power Distance. Regarding the latter, Power Distance Index (PDI) measures the level of inequality within a society and how less powerful individuals accept the inequality. The former, Individualism Index (IDV) - as opposed to Collectivism - is the degree to which an individual derives their identity from self-reliance, low concern and distance from the group they belong to. As per Hofstede and other researchers, both of the target demographics are very collectivistic and high power-distance. All EMBA participants were administered CultureCompass, a psychometric test designed to measure their National Cultural dimensions, including Individualism and Power-distance.

The rapid increase in Individualism and decrease in Power-distance among new generations in Asia and the Gulf region will dramatically change the wealth management industry in the next ten years.

The results of my research lead me to conclude that one clear cultural and demographic trend will dramatically change the wealth management industry in the next ten years: the rapid increase in Individualism and decrease in Power-distance among new generations in Asia and the Gulf region. Millennials, namely individuals ages between 28 and 40 years old, in Asia and the Gulf region are much more individualistic and lower power-distance as compared to the previous generations (Figure 1). 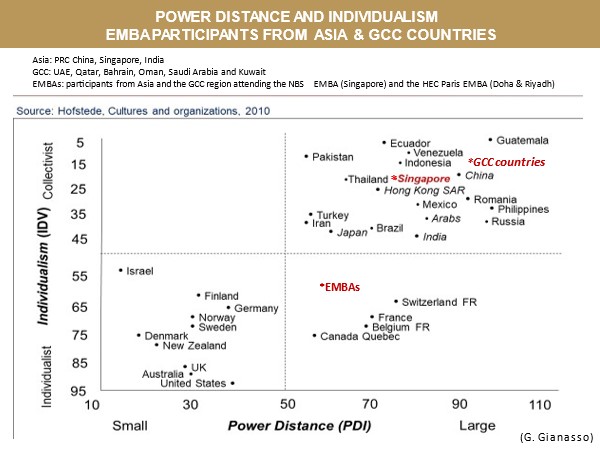 Figure 1.: Individualism and Power-Distance among EMBA participants in Asia and the GCC regions

These results are consistent with one influential theory of cultural change, the modernization theory, which predicts the rise of individualism as a consequence of economic growth.

The increase of Individualism and decrease in Power Distance Indexes are particularly rapid for Arabs in the GCC region. Young GCC Arabs increasingly report that family and tribal networks no longer serve their interests and are too time consuming. Living further from extended families and working longer hours, they now seek to de¬vote more time to friends and immedi¬ate family. Communications and social media have also given them alternative sources of information and entertainment options. Technology also gives people privacy, and individ¬uals seek far more than ever before. ¬In this rapidly evolving context, a sense of individualism grows¬ and families and tribes become less consequential.

What does this mean from a wealth management viewpoint? At a time when wealthy Asian and Arab families are increasingly looking to set up family offices in Singapore and Dubai, managers need to be aware of their cultural sensitivities and of these cultural trends. Individualism and Power-distance will influence how family offices are run and managed, with three clear trends emerging.

Three cultural trends in Asia and the Gulf

First, a fundamental change in terms of values and relations within the family. The rise of Individualism is affecting the way people relate to power and to each other. ¬Young people in these two regions are showing a much wider range of attitudes toward loyalty and obligation than their elders, partly because of the growing importance of technology and partly because of¬ the rapidly changing economics. In an age defined less and less by traditionalism and family connections, self-expression, independence and authenticity, together with singledom, job hopping, digital connection, focus on work-life balance and a nomadic workforce are a natural evolution.

Third, a different attitude towards innovation and entrepreneurship. Research shows that over 70% of the next generation in Asia prefer to start their own business (King & Cheng, 2018). Similar to young Asians, young Arabs in the GCC are also increasingly positive about entrepreneurship, with 54% of them believing that members of Millennials and Z generations are significantly more likely to start their own business than the previous generations (Asda'a Burson-Marsteller Arab Youth Survey, 2016). A family office with a low PDI is a good place to nurture innovation and the entrepreneurial spirit. The PDI also influences a family office’s investment strategy, with a higher propensity to invest in innovation and diversification – and to take risks.  Family offices can provide the new generations with start-up funds to try out their ideas. If successful, the new businesses can become part of the business diversification strategy, which in the long term also contributes to succession planning.

Summarizing, while wealthy families are increasingly looking to set up family offices in Singapore and the Gulf, managers need to be aware of their evolving cultural sensitivities and risk appetite. From a hands-on attitude to investing and a stronger appetite for risk, knowledge and deep understanding of evolving families’ characteristics will be key to ensuring a successful business relationship.