The COVID-19 pandemic has led to a very significant use of teleworking in some occupations. But due to different employment composition, telework opportunities are greater in large cities compared to small cities. Social distancing measures therefore may lead to a re-examination of geographical disparities. While teleworking allows many jobs in larger cities to be adapted more easily in the short term to new circumstances, it can also lead to moving some of such jobs away from these cities in the longer term. 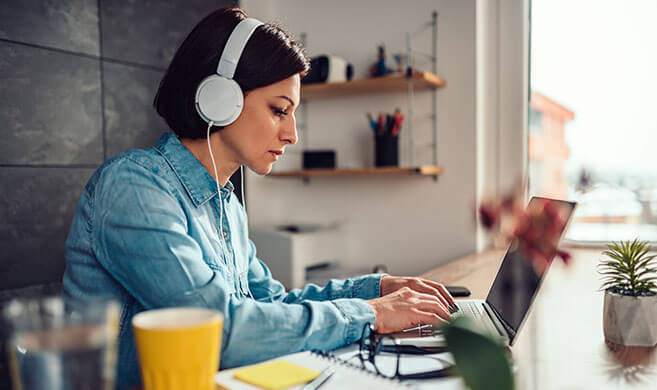 In response to the COVID-19 outbreak and the resulting confinements, telework has been used extensively in many countries. However, it has been noted that it is not uniform across different occupations: economists Jonathan Dingel and Brent Neiman1  have shown that higher-skilled workers can telework more. This difference may have consequences in terms of inequality: those with jobs requiring less skills are less prone to telework and are likely to be more vulnerable: they would be furloughed or fired if they cannot exercise their tasks.

This difference in “teleworkability” depending on qualifications also has implications on employment geography.

However, this difference in “teleworkability” depending on qualifications also has implications on employment geography in a country such as France and these implications may be able to reawaken the geographical cleavages that France has experienced in recent years. 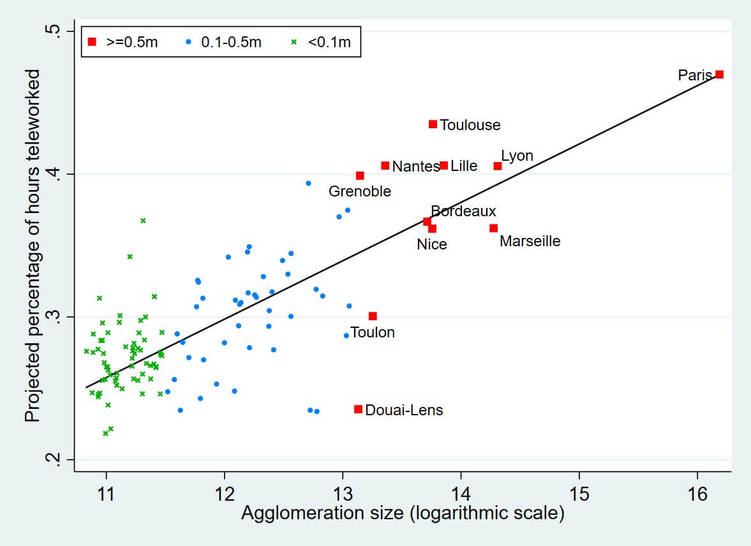 Figure 1: share of jobs potentially tele-workable as a function of city size (log-scale)

The implication of this different exposure is that larger cities are more likely to adapt to confinement and potentially persisting social distancing measures afterwards. In contrast, smaller cities are less likely to adjust and, among other adverse consequences, unemployment there is likely to increase more sharply as government furloughing schemes run out in the next months.

Smaller cities are less likely to adjust and unemployment there is likely to increase more sharply as government furloughing schemes run out in the next months.

Thus, the ability to telework is likely to contribute to the exacerbation of geographical disparities between small and larger cities. These had been at the heart of the debates to understand the mobilisation of "gilets jaunes".

Notably, the different exposure to telework is already a result of these geographical cleavages. Larger cities telework mainly because they are richer in high-skilled jobs. In fact, these large cities have become significantly richer in skilled jobs over the past decades. For example, Paris saw the percentage of managers and engineers (“cadres”) in total employment increase from 23% to 36% between 1994 and 2015. This divergence of large cities from the rest of France was due to the arrival of new technologies and the greater possibility to displace or destroy less qualified jobs in these large cities2.

If the possibility of teleworking allows workers with skilled jobs to better cope with the short-term turbulences linked to the COVID-19 pandemic, it can also backfire in the longer term.

But, paradoxically, if the possibility of teleworking allows workers with skilled jobs to better cope with the short-term turbulences linked to the COVID-19 pandemic, it can also backfire in the longer term. If firms have successful telework experiences - that is, small losses of productivity related with working from afar, they may conclude that some jobs no longer need to be kept in larger cities and can be relocated, even abroad. Therefore, the same factors that led to skilled employment growth in large cities may now lead to the relocation, devaluation or elimination of at least some of these jobs, those for which physical presence or ideas exchange is less necessary.