The Productivity Mystique: A View from Paris

When Chancellor, George Osborne referred to Britain’s fine economic health compared with France, in his 2015 budget speech, he failed to mention that productivity per hour in France is 15% higher than in the UK. But what exactly is productivity? And how can it be improved? Here, Tomasz Michalski, professor of economics at HEC Paris, demystifies productivity. 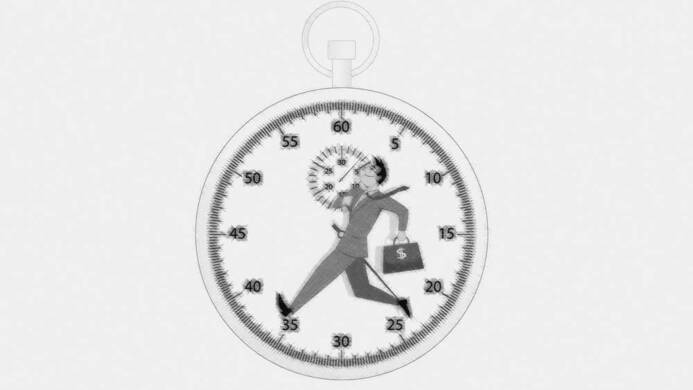 Productivity (value generated per hour worked) is at the end of the day the crucial determinant of income and wealth. This is a basic tenet of economic models, but can be very well seen in cross-country data: the correlation between wages and productivity is close to 1 (see Irwin [2001]). Any country that wishes to increase the standard of living of its citizens needs to increase the productivity of its workers, and there is no escape from this in the long run. This turns out to be not such an easy thing.

Productivity of the workforce depends on many factors (that can be compounded), and it was shown that it is not easy to address many of them with simple solutions. Some of them can be addressed at the macroeconomic level, with the aid of public authorities while others need to be targeted at the firm or even the individual worker level.

The first obvious thing is technology.  Firms that fall behind in coming up with or adopting the newest technologies see their prices fall, sales and profits eroded and hence face a decrease in measured productivity. Hence what is crucial is not only the level of technology that may increase over time (which affects physical productivity – for example the number of units produced per hour/worker) but also the relative state of adopted technology vis-à-vis the competitors. A good question is: what is ‘technology’? In the data, it is measured as total factor productivity and can involve diverse thing as know-how (how to produce a certain product) but also organization. Obviously, in the long run, both public and private R&D efforts are important.

A lot of differences in productivity between countries (ranging to 85% across the 15 original European Union members, but this is among countries sharing similar technologies) and firms was found to be due to capital goods available per worker. Therefore, productivity will be closely linked with recent past investment: if the machine plant embodies old technology, the firm’s productivity is going to decline. Often therefore an important statistic determining productivity is the capital intensity of a firm.

At the country level, public policy may be partly responsible for this through various incentives but also such arrangements as social security contributions. Countries with relatively costly labour due to different laws will see labour being substituted by capital. This creates unemployment but also high productivity per employee at the same time and is deemed to be an important factor to understand the patterns of French productivity. As examples of these labour-saving technologies one can mention robotization of manufacturing or the introduction of personal price scanners in supermarkets.

An important role may be played by economies of scale: unless establishments are of a certain size, they cannot lower their average costs to be competitive with larger units. This applies to many sectors from car factories to milk farms where one can clearly see the tendency with time across the world to increase plant-level capacity. Sometimes the three aforementioned factors are jointly necessary to obtain substantial productivity gains. For example, West Texas farmers can produce cotton at a lower cost than the West African ones due to the mechanization of production (recent technology embodied in capital goods) applied to huge estates (economies of scale).

A crucial factor is also human capital. There is a famous case study in textile manufacturing where the same machines in different countries (such as Japan and Bangladesh) required employment of a radically different number of workers – and this was attributed to the different workforce skills. It is therefore important to invest in the education of the labour force, at various levels: functionally illiterate employees will not be able to handle complex systems or advanced machines, generate ideas or contribute to the development of a firm.

Obviously, there is an important role of a country’s educational system, but so is on the job training provided by firms that is directly tailored to their needs. From this perspective, long unemployment spells for an individual that lead to a depreciation of human capital hinder his/hers long-term productivity. Human capital should be considered more broadly than just skills, however. It embodies such diverse things as morale or health. Even the most skilled worker if not going to be productive if he misses work due to sick leaves or lacks the physical capacity to provide effort.

A factor related to that of economies of scale is agglomeration. Researchers find that more productive firms and workers cluster together. This creates larger local markets for final output, deeper markets for inputs and labour that can be obtained cheaply locally (without large transport costs), better information flows, etc. Proper infrastructure is important to connect agglomerations, clusters, businesses and customers. From this perspective, offshoring of input purchases (individual firm decisions) can be detrimental to the entire industrial base if these inputs are no longer available abundantly to other market participants: agglomeration effects can be unravelled.

Productivity increases can also be achieved by resource reallocations from less productive sectors or firms to the more productive ones (for example, through lending to more efficient producers rather than better connected ones). In well-functioning economies these are of second order importance. However, it is a major reason for measured economy-wide productivity increases in many developing countries. Quick economic growth of China can be largely attributed to the ongoing reallocations of hundreds of millions of workers from subsistence agriculture to the modern industrial sector. But the same logic works at the firm level. The resource reallocation effect – called simply restructuring - can often lead to tremendous company turnarounds.  More market competition and economic deregulation typically is one external  factor that incentivizes firms to do that.

An important part of the success of a company is also due to management and organization. Having the right technology, high human capital etc. may not mean much if production is not well organized (economics departments at various institutions may be a prime example). Modern research on the issue (see Bloom et al. [2014]) shows that multinational firms with standardized procedures and delegation are the most productive ones in this respect, beating best companies in any country, including the U.S. Measured management seems to matter – it can explain up to half of the difference in total factor productivity gaps between the U.S. and other countries. This means that there is value added in teaching management from organizing tasks to motivating workers, even if it may not be easily measurable.

There is also a role for public policy. It was found for example (Lewis [2005]), comparing cross-countries, that various regulations such as zoning laws and standards are important drivers of recorded productivity in the construction sector. To a wide extent, construction companies in the U.S. can achieve larger economies of scale than companies in the Netherlands, France or Japan despite similar technology and human capital skills and the difference can be attributed directly to the effect of regulations.

An important word of caution is also warranted about how productivity is measured in most data sets (value per hour worked). Firms that enter new markets with an aggressive pricing policy will appear as unproductive when in fact (physically) they are not. So marketing strategies may be responsible for measured productivity differences between firms as well!

What do we learn from this? Addressing productivity is crucial. For each case, increasing productivity may depend on public policy (through education, R&D policies but also regulations and rules on market organization), individual (how much capital to acquire) or collective (where to locate) firm decisions  and on individuals – whether employees (deciding how much effort to put in a task) or managers (organizing the firm). There is no silver bullet, and each sector or firm may face different challenges.