The Role of Citizens in Managing a Crisis by Including Migrants

The year 2015 marked a cesura in Europe’s recent history to “the largest migration movement of people that Europe has seen since 1945” (Financial Times, 2015). Private citizens quickly and efficiently organized to assist the settling of 20,000 of refugees crossing borders every day in Germany, compensating for the state’s initial inability to handle the situation (The Economist, 2015). Researchers have investigated the early organization that led to the quick response of those citizens to manage a crisis. In this interview, David Twardowski Crvelin, Assistant Professor of Accounting and Management Control at HEC Paris, discusses the conditions that help the inclusion of migrants in business and society. 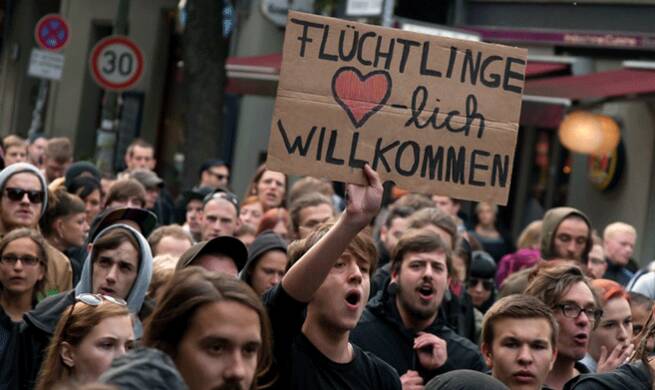 First, to give you an idea of the importance of the mobilization of citizens, every 10th German citizen were active in assisting refugees, according to estimates of the German newspaper Die Zeit. In terms of groups or networks, there were around 300 emergent response groups operating in Bavaria alone (the federal district that we studied).

What early actions were taken in Germany to help migrants to settle in, and did it really help?

The vast majority of refugees were unaccompanied minors. At least, a primary concern among emergent response groups at alter stages were language trainings, homework assistance and additional training in disciplines ranging from mathematics to history. What can be confirmed at that point is that those younger refugees who were assisted by emergent response groups were performing better in school than those who were lacking this assistance. Our experience shows that, on average, 70 % of refugees who continued attending the trainings given by volunteers throughout their education will have a graduation certificate. But this is a primarily number (estimate) based upon our observation. We need more data to fully confirm this.

Younger refugees who were assisted by emergent response groups were performing better in school than those who were lacking this assistance.

To understand how such educational assistance can facilitate migrant’s entrepreneurial spirits one only needs to consider the BioNtech/Pfizer COVID vaccine which had been developed to a great extent by the German couple Ugur Sahin and Ozlem Tureci – both with Turkish migration histories.

Can including migrants develop businesses?

It is too early to tell because currently the percentage of social-welfare dependent refugees and migrants that settled into Germany in the aftermath of 2015 is quite high (app. 1 million). But here the vast majority of them were unaccompanied minors, so they need to finish high school and potentially higher education before taking on jobs (or develop their own business). We see that from last year a larger population of the 2015/2016 generation of refugees has now completed their educational path and is about to enter the workforce. So we believe that soon we will have more robust data on this.

We see that from last year a larger population of the 2015/2016 generation of refugees has now completed their educational path and is about to enter the workforce.

While studying the organization of networks of citizens that try to assist refugees, you find that it influences the identities of both refugees and volunteers. Can you explain?

We discovered “lightweights of organizing” among the emergent response groups in Germany and we find that they were significant in constructing identities of refugees but also volunteers. For both refugees and volunteers in order to remain recognized it was important to become a “listable item”, which is to say an item that can be moved between different lists that existed among sub-groups of the networks just like a “plug-and-play architecture”. However, this encouraged a certain anonymity and depersonalization. Friendships, personal histories and everything that could not be articulated as a list of predefined items disappeared over time. Both refugees and volunteers often expressed their discomfort of being reduced to a listable item saying that it really hinders personal friendships. At the same time, they seemed to be aware that within being an item on a list that could be moved to a logistical object, such a coordinated response would not have been possible. It was, so to speak, a trade-off.

David Twardowski Crvelin earned his Ph.D. from the University of Innsbruck, Austria, and later joined the London School of Economics and Political...